Some albums soundtrack a certain era in your life; a particular summer, a person, a trip.

We’ve all got our own personal favourites and, to celebrate the long-awaited release of their third album 1×1, we’ve asked Calyx & TeeBee for theirs.

Loaded with 14 signature sonic scuds, 1×1 showcases the Ram duo at their broadest and biggest: from the Calyx’s soft vocal opener Nothing Left to the big rave chaos and subverted jump-up riff of Big Tune Again by way the deep space dub drone mission Pathfinder, it’s another widescreen exercise in evolution.

And here’s a snapshot of how both artists evolved themselves. From Calyx’s years as a jazz and bluesmith to TeeBee’s obsession with B-boy culture, across six awesome albums the pair of them show a side to their history and influences you may not be aware of. We certainly weren’t aware of quite how much Teebee was fixated by Photek!

Calyx: This LP completely changed my music taste and my direction as a guitarist. I was 13 years old and had never heard of Jimmy Hendrix until I found the Electric Ladyland LP in my dad’s dusty old vinyl collection. It was undoubtedly my most profound ‘first listen’ of any music. I’d been playing guitar since I was very young, but until I heard Hendrix I had never conceived that a guitar could do things like that. I then set about learning how to play every note of every tune Jimmy Hendrix had played – he was a teenage idol of mine.

Calyx: I was 17 when I first heard this album and it played a pivotal part in my transition as a guitarist from blues and funk to jazz. Kind Of Blue was the biggest selling Jazz LP of all time. However, unlike other genres’ best sellers which are usually a lowest-common-denominator cliché, this album was a truly seminal LP for the genre and for me as a musician. Kind Of Blue showed me that jazz could take the essence of ‘the blues’ and evolve it into such a wider range of feeling and expression. Uplifting and melancholy at the same time, Miles Davis created the most intense and sublime ‘less is more’ moments I’ve ever heard in music.

Calyx: Every superlative under the sun has been used for this aptly-titled album and it played a pivotal part in me wanting to make drum & bass myself. I’d been into jungle / D&B for a couple of years beforehand, but this album completely blew me away and cemented the genre as my new musical obsession.

Teebee: This album was the soundtrack to my childhood. I was 8 years old when this came out and I’d immersed myself in B-boy culture and breakdancing. The movie blew me away, but the music changed something inside me forever. Beat Street Breakdown by Melle Mel just spoke to me on a whole new level, even though I didn’t understand all the words. The scratching in the intro also made me want to be a DJ! I even sampled Play That Beat by G.L.O.B.E & Whiz Kid years later on my Back To My Roots single on Moving Shadow. The foundation of B-boying, hip-hop and graffiti never left me. It’s a huge part of who I am today.

Teebee: Everything has been said about this album. I was already into rave culture when this came out in 1992. I had been following the XL Recordings label for a while and owned all the SL2, earlier Prodigy and Liquid stuff. In fact I bought every XL Recordings record at the time. But it all changed from being into something to becoming an obsession! It was the complete package of all my early influences packed into a frenetic modern sonic assault. It was modern B-boying to me. This album led me down the explores path and only a few weeks later I’d found Bukem’s Demons Theme on a test press. My life changed forever.

Teebee: Photek was my education when it came to production. The man was the best out there in the early to mid 90s. I used to have a photo of him on the wall next to my studio set up with a target on his head drawn in. He was the one to beat! I remember being over in London, broke, as the distributor didn’t pay us the money we were promised for our first release, but UFO had just come out and we had that, and somehow the disappointment of being fucked over was healed single-handedly by that record. Modus Operandi actually disappointed me at first, as I was expecting more especially after Ni Ten Ichy Ryu. But as I got adjusted, the sheer cold brilliance of the record convinced me he was still the absolute best at his craft. I later got to live and work with him and we struck up a great friendship. My time with him in LA around 2002 was special as I’d been accepted in by the one I was out to beat. 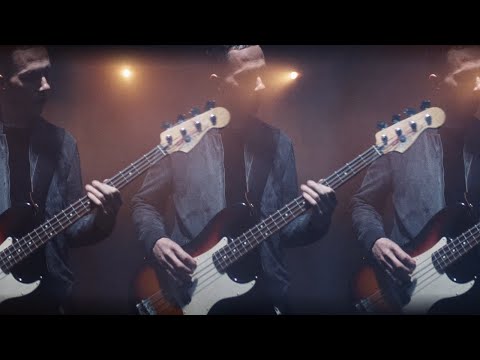