‘This is our first live headline show in seven years… I need to see all of our Pendulum family back together!’ These words from Gareth McGrillen last weekend are the ones Pendulum fans feared might never come.

After three studio albums, years of speculation and worldwide dance music domination with sold out live shows spanning the entire globe, in June 2012 Rob Swire announced that Pendulum would be bowing out indefinitely. Alongside Gareth McGrillen, he planned to focus all efforts on pursuing their Knife Party venture.

It looked like the curtain had closed on Pendulum’s career as a band. Of course El Hornet continued to push the Pendulum name through countless incendiary DJ sets over the years. But, despite these sets being filled with their music, it just wasn’t the same Pendulum that inspired multiple generations.

After several years and countless hints from members of the group, followed by a one off live reunion in 2016 at Ultra Music Festival in Miami and another London-exclusive live appearance at South West Four festival last year, we arrived at 2018: The year Pendulum made yet more history.

Not only did the group announce a remix album and plans to work on new Pendulum material, last weekend the band performed their first headline live show in seven years. It has been far too long…

Taking place at London’s phenomenal Printworks venue in a newly renovated live music space, Pendulum reminded the UK just how utterly incredible their headline shows are with a scintillating performance that stunned all of those in attendance and marked an explosive finale to Printworks’ winter calendar.

It’s hard to sum up just how special Saturday night was, but we managed to whittle down some of the reasons why Pendulum’s Printworks live show will go down in history.

This was their first headline live show in seven years…

The fact that this show sold out in a matter of minutes says it all… People had been waiting years for this moment. To see the band back on stage together headlining a gig was a special occasion and one that will live long in the memories of those who witnessed it. The anticipation for the Printworks show had been building for a long time. On entering the venue there was an evident buzz with people discussing which Pendulum track was the best whilst reminiscing in memories of previous live shows. Even the main bar area when entering Printworks was blasting solely Pendulum.

Then there was the intro… All the years of hope, anticipation and frustration culminated into an explosion of joy when the group walked out onto stage. Kicking off proceedings with Salt In The Wounds, the murmuring noise of excitement in the room got louder and louder until the chorus dropped and the crowd exploded, leaving those like me who thought they were clever buying a £6 pint to take into the crowd absolutely drenched…

The nostalgia and emotion from Pendulum performing all of the classics

With the last Pendulum album Immersion exploring a more experimental rock fusion, combined with Rob Swire and Gareth McGrillen opting to pursue a different musical venture in Knife Party due to falling out of love with drum and bass, it was unclear how the Printworks live show would play out. Would their set venture further away from the drum and bass that cemented the Pendulum name, or would they play the classics people love and cherish dearly? They chose the latter route – reeling through each and every big-hitter from Witchcraft and Slam, to Hold Your Colour and Blood Sugar.

Every track they played brought back relentless waves of nostalgia and the introduction of each song was met with people in the crowd turning to those next to them and celebrating like their favourite football team had just scored a last minute winner in the Champions League final. It was an emotional occasion. At times Swire could have stopped singing and you would’ve been forgiven for not noticing, because the entire room knew every single word and the rapture of voices singing along in harmony throughout was deafeningly brilliant.

It’s a well known fact that drum and bass crowds are some of the best in music, but this crowd was something else. For many people, Pendulum represents the sound track of their upbringing. Their musical inspiration. Their go to house party anthems. This meant that everyone in the crowd united to appreciate the band’s musical genius. From people being lifted up in wheelchairs so that they could see the group, to the enormous but friendly mosh pits that seemed to constantly move and expand throughout the entire set. Standing still was like getting caught in the morning rush for the London Underground and attempting to hold a drink in the crowd was futile.

To add to this, the crowd was completely different to your typical drum and bass event. There were people from all walks of life in attendance. It didn’t matter whether you were 20 or 60, a D&B head or a metal fan. Every individual was there to pay respect to one of the greatest electronic acts of our time. Everywhere you looked people of all different appearances and styles were walking around Printworks with beaming smiles on their faces, revelling in this momentous occasion.

Since opening its doors at the end of 2016, Printworks has become more than just a music venue, it has become a clubbing experience that rivals anything else on offer across Europe. Reminiscent of a 90s warehouse rave, Printworks has brought something fresh to London’s music scene. This year the venue announced the opening of a new 3000 capacity space dedicated to live music, a space that was filled with huge printers only ten years ago according to a reminiscent man I met during a casual conversation at the urinals… He was astounded by the way the room he used to work in had been transformed from a working environment into a live music space hosting Pendulum.

A capacity of 3000 seems small for Pendulum – a group who have played at the biggest and best venues and festivals across the globe, but this made the experience extremely personal and special. With a long thin room and the crowd able to get up close and personal with the band, it felt like a very intimate gig where the whole Pendulum family could combine as one.

Pendulum were always going to put on a show and pack a few tricks up their sleeve on their return as a headlining act. Whether it was the band featuring revamped versions of tracks such as Hold Your Colour, or the inclusion of their Voodoo People remix, there were little gems scattered throughout the show. One of the biggest came when the group mashed up the introduction of Blood Sugar with Knife Party’s famous Internet Friends sample ‘You blocked me on Facebook, and now you’re going to die’, followed by a mysterious version of the Blood Sugar drop that left people in the crowd looking at each other with quizzical bass faces.

There was also a particularly special moment towards the end of the show when MC $pyda made a guest appearance and took to the stage to perform a live version of Tarantula. But before doing so, he paid an emotional tribute to all ‘fallen drum and bass soldiers’ and chanted Stormin MC’s signature ‘buss it’ line to the crowd as Tarantula’s iconic melody kicked in.

Seeing the enthusiasm and happiness return to Pendulum

It’s no secret that Pendulum took its toll on the band members. Back in 2012 after their split, Swire spoke about how towards the end of Pendulum it ‘felt like we were doing it because we had to’. So to see the group back on stage showing real passion and energy for the music was an amazing sight. Whether it was Swire returning to the front of stage and driving the band, or McGrillen constantly hyping the crowd on the mic and talking about how incredible it was to get the Pendulum family back together. It was a truly historic moment for dance music – one capped off with an encore performance of Watercolour. 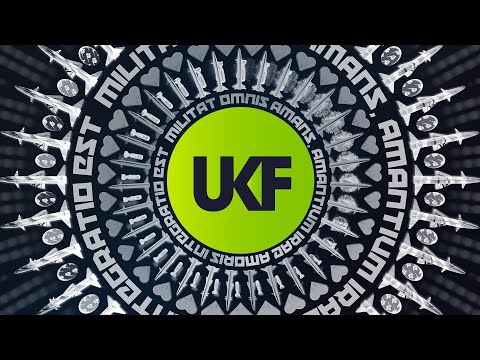 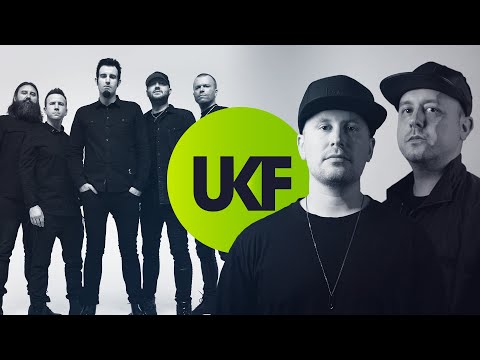