Basel bass meddlers QZB are on a roll right now.

Last week they released Delirium, their latest Critical EP. Next week they feature on Charli Brix’s debut EP as producers behind the lead track Kintsugi. A little further ahead they have a collaborations coming with Amoss and Survey.

And even further ahead that that, their recent studio session with Mefjus may turn into a release…

This is life for Ben (ZB) and Thomas (Q). From their roots as local promoters in their Swiss hometown to their name change in 2017, to their current exponential rise to the upper branches of the deep tech D&B tree, their almost decade-deep graft is paying off in a major way.

You can hear it for yourself on the Delirium EP. One of their most striking releases to date it ranges from the near-evangelistic arpeggios and organ blasts of Tech Priest to the glacial VIP flip of their Charli Brix-fronted bombshell Take It All. In between it features a collaboration with fellow name-abbreviators IHR (Inward, Hanzo and Randie) and the lead track brazenly melts between D&B, dubstep and house tempos. It goes like this…

Here’s where they’re at right now…

I think we need to talk about deep dubstep. That’s what Delirium is saying to me….

Q: Then it transitions even slower to 127 in the last part of the tune.

Nice for transitions for mixing up genres or just a devil to mix?

ZB: It just happened. It felt like that was the way for the tune to go.

How does it go down in the club?

ZB: We’ve rarely played it, but I opened with it at Fabric. I guess it felt cool and refreshing then I echoed it out and went back in with the D&B. It’s a matter of timing but we wouldn’t play it in a peak-time set.

Q: We always like to have one track on the EP that isn’t made for the dancefloor. It’s more of a listening vibe, try to focus on the music rather than the dancing.

What’s interesting that the more experimental or listening vibe tune is usually that track at the end of an EP. But this is more of a focus…

ZB: There’s a big difference between being artists and producers, we see ourselves as artists and sometimes the more intimate things deserve more focus rather than the mixing, club-tool type of tracks.

I think those tracks last longer, maybe sound more timeless, because they’re not hammered in the club…

Q: The mixdown is different, too. The more intimate tracks have a softer, warmer mixdown. They’re not made to really crunch in a club. It’s a different focus from the usual dancefloor mixdown that we usually do.

Tech Priest is a bit of a persy. It feels like you’re in a cathedral.

Q: It’s a favourite of mine too. I think that’s a mix of everything we do and love in drum & bass. It’s minimalistic but takes you by surprise, it doesn’t have a standard two-step, it’s techy but not neurofunk, it happened very naturally and when we took a deeper look into it we realise how many elements of our DNA were in that.

ZB: It’s about the visual aspect of production. When we work on music, it’s an artform, we think of the emotion it’s conveying. When we have a certain image in our heads the narrative builds itself. With Tech Priest it’s that uplifting, pushy almost cheesy intro that pushes into that massive bass wave.

What image did you have in your head?

ZB: It’s very sci-fi for us. It could definitely be a vintage sci-fi movie intro on steroids. Imagine Animatrix but in a much more dramatic way.

ZB: Yeah shouts to them!

Italy borders with Switzerland, so I’m wondering if this was a QZB IHR IRL situation?

Q: We do have a lot of direct contact with the guys form Italy and work with them loads but we’ve not met them all in person. I’ve not met any of IHR yet. We just love their music.

ZB: There was one particular tune called Totentanz which we played in every set. So we wrote to them and said ‘let’s collab’

Q: That was years ago now but these things take time. But it wasn’t a real life situation. We have lots of IRL studio stories but this was all online. It came from that main synth riff they made.

ZB: And we worked out the rest of the tune from there.

Imagine a QZB/IHR supergroup combo. Who else would you form a Voltron-like collabo with?

ZB: Martin Mefjus is up there. Skeptical.

Q: We’d all fight about which snare to pick.

That’s gonna hurt . Who else?

Q: We need him for the weird shit. The crazy arpeggios he’d being to the table.

This needs to happen! You said you had some IRL stories. I like stories.

Q: Working with Phentix was amazing and that opened us up to collaborations. A lot of times getting in the studio together can be quite hard. There’s a lot of pressure and a lot of people working on one track and you send projects back and forth and it often won’t amount to anything. But with Phentix he came down and we pretty much wrote the tunes within hours. We didn’t touch them for a year then re-opened the project once and finished them. That opened us up to collaborations because it worked so perfectly.

It’s all about the natural vibe…

Q: Yeah totally. And also recently we’ve been working with Martin Mefjus. That was definitely magical.

Sick! Was that daunting? Was it a natural vibe?

Q: It would be scary because Martin is such a good producer but he’s also such a nice guy there’s no way you’d get scared. He’s too nice.

ZB: We knew him from when he was releasing his early release and we booked him early for Random. He always remembers us when we see him around Europe and he offered us a collaboration. It was a great session.

Q: He plays for us most years either for the birthday or the opening session and this year he came a little earlier in the year and we locked in some studio time.

Can’t wait to hear this. How’s everything going at Random?

ZB: We do it from October to May then take a break as the venue closes over the summer. We’ve had some amazing nights. We do a lot of Critical nights, we get some big hitters and support a lot of the newcomer underground acts. We had a Flexout night this season which was a great night. It’s crazy that we’re on our eighth season now.

Q: It’s nice to take a break and get new energy. The one thing we’ve changed recently is that the younger generation has a lot more control. The team has grown so the younger guys can run more of it. That takes the stress off from travelling back from a show the night before.

ZB: We don’t want to hog the limelight. We want the next generation to have their own platform.

Nice. I reckon you’re already sitting on your next EP. You were playing tunes from the Delirium EP when I saw you play in February so you’re probably already well into the next one…

ZB: I wish we could say yes but we’re deep in the laboratory now. We do have other things ready.  Next up is Kintsugi for Charlie Brix on Flexout, then a collaboration with Survey.

Q: We also have some Amoss collaborations. But we are on our way with the next EP

ZB: We have 10 – 14 sketches and rough ideas, then from there we pick our favourites, Kasra does too and we work on the final five tunes we’ve decided…

Q: Basically when you see an EP with five tracks, multiply that by two or three and that’s how many ideas we come up with when we write an EP. Right now we’re in ideas mode so watch this space…

QZB – Delirium EP is out now on Critical Music 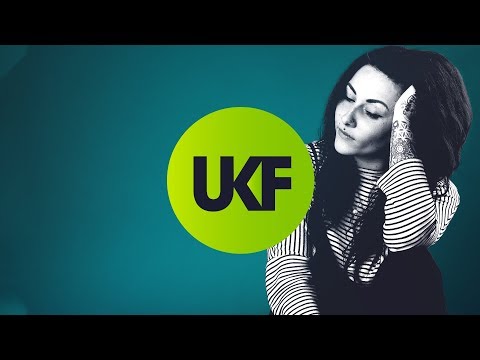 Enta Reveals More About Debut Album – Digital Rage
NEWS
50 shares
SIGN UP NOW & STAY LOCKED!Sign up to our newsletter to keep up to date with the latest streams, news, and events, all tailored to you.