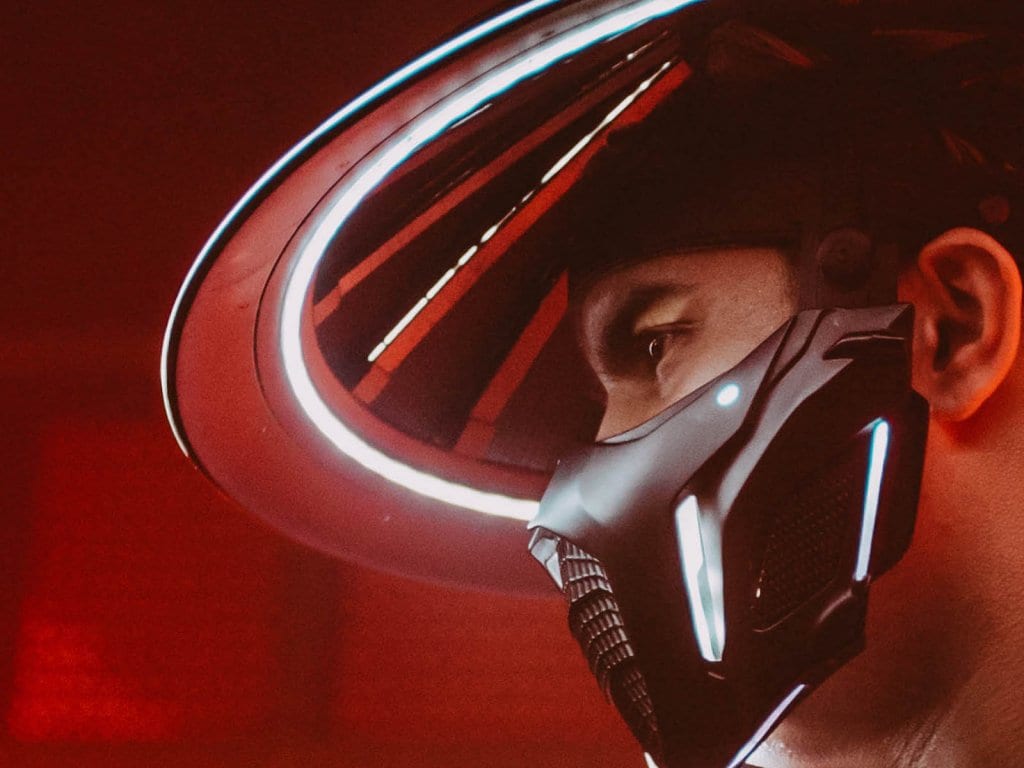 It’s 2018 and Datsik is in a really good place. Kicking off the new year with his ninth – and largest – US bus tour of and his best EP release in years (arguably ever), he’s buzzing right now. Not even a bus crash can dilute his mood.

“Yeah our crew bus got totally tee-boned while driving through the night just as the tour started,” he explains. “Luckily no one was hurt at all and it meant we got an upgrade so now we’re rolling in style.”

Rolling in style… Like calling hotels ahead of arrival and warning them they want to make music on their days off between shows!

“When you’re on the road for three months you can’t just stop everything else. So we take our monitors with us and do what we can,” explains the artist also known as Troy. “More hotels are accommodating than you’d think! We just took over a whole corner of a hotel, built a temporary studio and got to work. It’s so cool to see everyone getting super into what they’re doing. Not just the artist but all the amazing tech guys, working on new code for the visual triggers so I can improvise every set. This is the pay-off of months and months of hard work making sure the shows are the best we can possibly get them and the production is on point. Now we’re on the road it’s like a vacation.”

We’ll say it again: Datsik is a happy character right about now. But he certainly wasn’t during the creation of his Master Of Shadows EP. While sonically it’s his most detailed, dramatic and bounciest body of work to date, features premiership collabos with the likes of Excision, Dion Timmer, Virtual Riot, Ganja White Night and J Phelpz and harbours insane 2010-flavoured hurters like Pressure Plates, the EP was the total opposite to a vacation. It wouldn’t be an exaggeration to say it involved some of the darkest moments his studio has ever seen. Get to know…

It’s phenomenal how people can work together, that’s what this is all about. It’s fun because everyone cares, you know?

Let’s kick off with a second drop on Pressure Plates. Such a twist-up!

Thank you man. That second drop and every other detail was basically inspired by the idea that people listen to dubstep in different ways. Not like the old days when it was mainly made for just DJs to mix, it’s listened to in so many other ways so I wanted the EP to constantly evolve and give non DJs listeners more to digest throughout the whole track. The second drop is different on every track and they all come together with variety and consistency. It’s twice as much work making music that way but you don’t get tired of it. I want from the moment you hit play to be sucked right into the journey. What I want to do with a lot of these tunes is to have them evolved

You know it feels more like a condensed album because of all the little motifs and references that run throughout the tracks.

For sure. Actually I have a kinda funny story. Well, it’s funny now but it wasn’t at the time.  With this EP I was touring heavily with Ephwurd and Datsik shows so I booked off a month between tours to make music. I had one fully done tune and one started, but didn’t have much so I got to work and had a good vibe going… Then the hard drive crashed. I lost everything. All my projects. All my sample libraries.

Yeah. It was my back-up drive with everything on it so I lost everything from when I first started to a year ago.

You must have gone through several stages of grief when you realised this!

It was one of those things. At first I thought ‘okay cool I’ll get this fixed, I won’t get stressed’ So I took to it get it repaired and they called up to say it was a big job and would cost eight hundred bucks. I thought ‘holy shit!’ but it’s small price to pay to get all that back. Then they called to say they couldn’t recover anything. It was like ‘holy fuck! What am I supposed to do?’ Then I went into panic mode for a while, tearing my hair out and screaming. But lesson learnt and now I’ve got three different back-ups! When I did come to terms with it I was like ‘okay I won’t be having a social life before this tour!’ I was working 18 hours every day for the month. Pressure Plate is called that because it was pressure to finish! I got it done the day before we started the next tour.

Exactly. I’m happy it’s happened now. There are no boundaries any more and I’ve learnt to think more subjectively on things like not setting my ideas in stone and thinking how I approach problems and the way I work out how to progress creatively. There is more than one way to solve a problem. I think you can forget that when you’re stuck in a routine.

Where do the collaborations fit into this then?

Well Virtual Riot has become one of my best friends lately. We hang out, watch anime and make so much music. He blows me away, he’s a wealth of knowledge and so helpful. When I lost everything, he sent over a load of samples and offered to help me reinstall everything and reprogram it all. That was so nice because for a while I was like ‘I am fucked!’ He was 45 dates into his own tour but came over during the week. He’s one of my favourite people to write with, he’s super inspiring and I’m happy I met him as a friend. He’s a good dude.

The same should be said for Excision!

The same should be said for everyone who I’ve worked with on this EP! But yeah I actually flew up to Canada and got in the studio with him and Dion Timmer. We spent a long time on it, but it didn’t get finished. Then I remembered I had it on Dropbox, emailed them when I lost everything and we moved ahead with it. I got lucky with that project. We turned it into something cool. And that’s what collaborations are all about; they’re fun with friends, connecting and sharing ideas and learning things. Just like this tour. It’s phenomenal how people can work together, that’s what this is all about. It’s fun because everyone cares, you know? 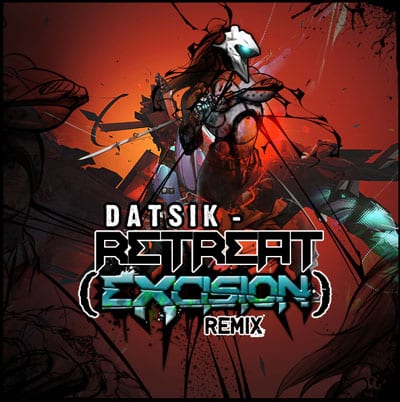 #TBT: Datsik – Retreat (Excision Remix)
WORDS
1.8K shares
SIGN UP NOW & STAY LOCKED!Sign up to our newsletter to keep up to date with the latest streams, news, and events, all tailored to you.