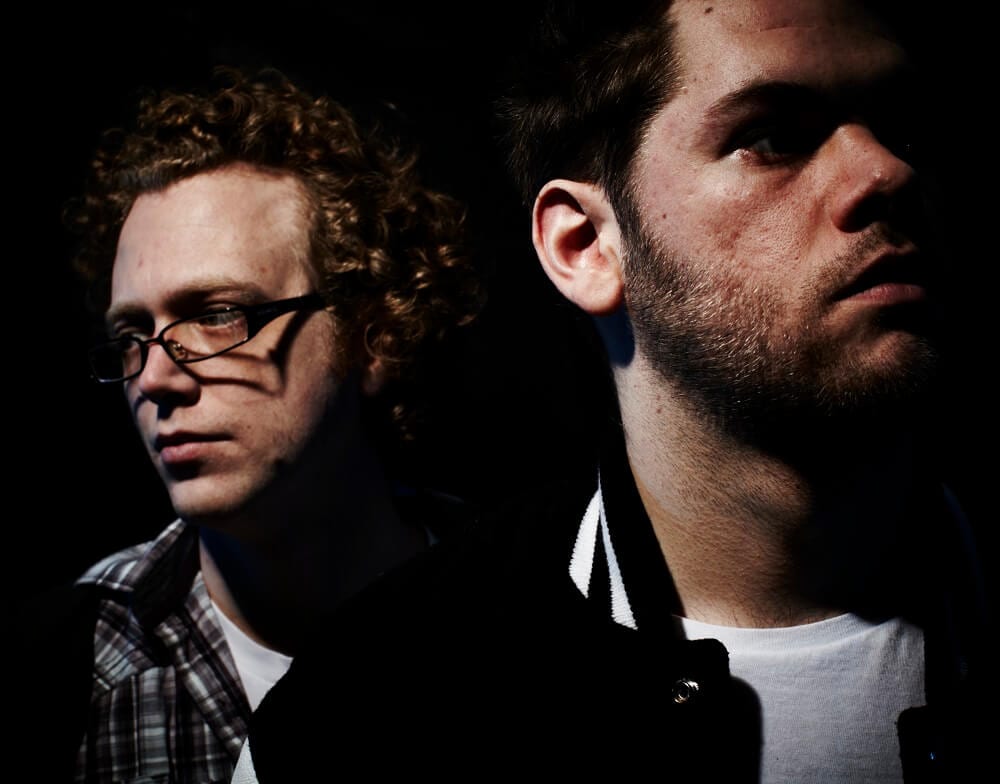 2017 has been a good year to be a Bar9 fan. Breaking several years of near-silence, they returned this summer with the heavy-shredding On All Fours and followed it up with the stunning rave-riddled shock-out Take Me Up with Myro.

Last week they dropped their first full EP since 2015. Entitled Silicon, it’s a four-track trip that takes deep into the heart of the original, uncompromised Bar9 sound that began almost 10 years ago when they debuted with Murda Sound. Followed by a cheeky VIP chaser of On All Fours, Martin and Ollie are wrapping up the year in style and setting us up for more in the near future.

2017 has been a good year for Bar9 fans but 2018 could well be even bigger. With Ollie currently working on other projects, we called up Martin to see where Bar9 are at…

I wanna say you’re back but that happened with On All Fours earlier this year, right? You’re definitely more active now…

Yeah I took a little time out because things had been so mental for years. I tried a few other projects. Some production bits for other people. I think it’s happened with a lot of us who came through at the same time. Like you’ve noticed with the return of other guys like Subscape and Trolley Snatcha and The Others. A lot of us needed to step back for a bit because work had totally taken over. It’s not like we’ve been away but I think we lacked the inspiration a little and, for me personally, I reached a bit of a crossroads where I wasn’t sure what I was going to do. But, earlier this year, I decided to give it another really good push. On All Fours was part of that, Take Me up was part of that, a few remixes and obviously now this new EP.

So it sounds like at one point there wasn’t going to be a Bar9?

Maybe at one point but if there’s one thing I’ve learnt in the last year it’s that Bar9 will never die. It’s part of me, I can’t deny it. Whether it’s myself and Ollie writing or me writing on my own, the Bar9 sound and vibe won’t die.

Was this an epiphany or something you’ve always known deep down?

An epiphany I guess. While I was experimenting with other genres and working with other people, I just realised that whenever I strayed too far from the Bar9 sound I just didn’t sound right. I sounded like I was copying people. Plus I’ve worked my bollocks off for Bar9 over the years. It’s been almost 10 years since our first single Murda Sound. Over those years it’s taken us around the world many times and allowed us to take part in a sound we truly love and have enjoyed being part of. Bar9 can’t die now…

There are quite a lot of 10 year anniversaries at the moment. It feels like we’re going back into a new cycle. A lot of older acts seem inspired and refreshed right now…

Yeah totally. It came from the bedroom and proper underground roots and proceeded to ascend beyond the stars where it felt like everyone was just chucking money at it. Now it’s gone back underground and rearing up again in the way it used to. The same has happened with drum & bass at least twice now over the years. The dubstep sound will never die. We’re 10 years into the hard sound. 15 years into the original roots. Dubstep isn’t going anywhere. We’ve had the whole ‘ooh dubstep is dead because Skream said it’ thing, we’ve got over it, dubstep is alive and kicking.

What bugs me about that whole Skream/dubstep dead thing is that the Daily Star broke the story. A trashy tabloid had no business in this music whatsoever!

I know! I was livid. Seeing it on paper in massive writing. It was a dark day. ‘Dubstep is dead’ became a well known phrase to people who had nothing to do with the music or even know much about it before.

It was almost like a joke to a lot of people but this affected careers, right?

Yeah I was being advised to make another genre by a few people. But music isn’t about that for me. I don’t just sit there generically churning out ‘on trend’ stuff. I don’t want to do that. My heart is in dubstep, I was there at the right age to take part and contribute to the scene. I’m so fucking proud of that. I have all the respect on the world for people who develop creatively and try new things but I have a lot less respect for people who pack in a sound because it’s not big or popular any more. It shows your true colours when you jump ship. It’s only dead if you think it’s going to die and if a statement on a terrible newspaper like the Daily Star is going to make you quit then we’re best off without you and good luck developing a really loyal fanbase.

Let’s talk about the Silicon EP… It’s been a while since we had a full Bar9 EP!

It’s the first one since 2015. I spent a long time on this. Longer than I thought I would, to be honest. But it’s been a labour of love. The instrumentation on Silicone alone took weeks. We spent ages adding layers to give it depth then Somnium came in and murdered it.

I love the sci-fi vibes on it.

Yeah a few people have said it’s very Blade Runner. That was never the intention but it’s got similar retro analogue synth heavy instrumentation aesthetics to our previous tracks. It carries a bit of weight and the intro really builds up and turns into a monster.

How about the rest of the EP?

Wide Awake was done with some friends of mine: Paradigm Shift and J Williams. At first I was struggling to envision J’s vocal but Paradigm Shift did some great instrumentation. The thing I like about that is the way it twists a commercial vocal into a really disgusting obnoxious drop. There’s a pattern here…. I’ll never get tired of dirty horrible aggy badass drops!

And of course there’s Future Retro

That’s the fun one of the EP for me. It’s jerky and non-conforming. It’s almost awkward in its groove and doesn’t flow. It goes off when I play it live, though. It’s a bit of a twist on the riddim sound which has become a little commercialised.

What are your thoughts on riddim? I’ve always said it’s all dubstep but Infekt had a really strong argument that it’s not at all.

Well it’s not what jungle is to drum & bass so it’s definitely a subgenre. But it’s got its following and enough weight behind it to live in its own ecosystem. It is just dubstep but it’s very specific and the guys making it have really honed a sound and chiselled their skills. Dubstep lost the spaciousness somewhere along the way but riddim has brought it back. It’s the non-commercial arm of dubstep. It’s no image music. dubstep has superstars now, riddim is against the commercialisation. And it fucking works in venues! It’s that magic that you only feel properly in a rave. Dubstep can be listened to in most environments but riddim is really made for the dance.

And what are you making for the dance in the future?

We’re working on getting as many tunes as finished as possible and there’s a few collaborations lined up. I’m looking forward to more touring and going back to the states, Canada and Australia and just really getting back into that original vibe that inspired us in the first place. Watch this space!