News alert: BCee is one of the most featured artists on UKF.

The highly regarded artist have given us an impressive 17 uploads spanning over four years – including collaborations, remixes and his own releases. There’s likely to be more in the future, too….

“Recently I’ve been able to spend a lot more time in the studio which has meant I’ve been able to produce a lot more than I used to,” he reveals. “I’m far more focussed on my production now and I’ve got a new album coming out next year which I’m really excited about. It’s pretty much finished.”

Unfortunately, we haven’t got him a trophy for being one of UKF’s most featured producers, but what we do have is a timeline listing each and every one of his masterful releases to UKF; each one bringing with it a different story about how the tune came about.

Prepare to embark on the musical timeline of a certified drum & bass don.

In the words of Hype, sometimes you’ve just gotta rinse it out.

“One weekend my wife and I decided to call each other Bidigan in reference to a Family Guy quote and my friend Nick (half of Loadstar) said that we should call our kid that if we ever had one. We told him there was no way we’d ever call a child Bidigan so he suggested we should get a pet and call it that instead. We ended up buying a dog a few weeks later and did indeed call it Bidigan, and by that point I’d heard the name so much that I thought it deserved to be the name of a tune!”

BCee – Is Anybody Out There ft .S.P.Y

“I lived in Ibiza for a few years. When I was out there I promoted the first ever Hospitality party on the island and S.P.Y came over for it. We kept in touch and wrote this tune within a few months. I actually had the track for about eighteen months before releasing it because I didn’t think it had the magic at first but funnily enough it’s one of the best selling tracks I’ve ever done! I then got Friction and K-Tee to do a remix of it because I got so bored of the original after playing it out for years and thought it needed a fresh lick of paint.”

It caused a bit of family tension because I had to choose Darrison over my wife!

“I gave this track to Darrison to lay some vocals down on it but he didn’t get back to me at first. So I gave it to my wife instead (who’s also a vocalist) assuming Darrison wasn’t interested. But then, about six months later, he got back to me with the vocals completely done and dusted. It caused a bit of family tension because I had to choose Darrison over my wife! She wasn’t too happy at first but I think she understood and luckily Darrison’s vocals suited the track perfectly and we’re still together…”

“When I was about sixteen I went to see Shaz Sparks in the band she in at the time and then a few years later I discovered that her husband was best mates with John B, which is why they’ve collaborated quite a bit in the past. Then I asked her husband who I was mates with too if she’d be up for doing some vocals for me and luckily she was. It was a bit weird having her on one of my tracks about 20 years after seeing her perform in London, but pretty cool, too.”

“There’s not really an interesting story behind this tune although the way the video came about was pretty cool; we ran a competition through KMag for a Bungle track where the winner’s video would be used for the track. The guy who made the video for Chameleon didn’t win the competition but emailed me and asked if he could make a video for it and it turned out to be pretty good. People always tell me they love this track and I guess it’s one that kind of came about by accident, so that’s pretty cool.”

“It’s the Chris SU remix of this which is featured on the site but I actually smashed out the original in an afternoon when I needed an extra tune to finish my Beat The System album. It’s another one of my biggest selling tracks which is again quite surprising as I didn’t really have a plan with it; I just played around with a few synths and tweaked until I was happy.”

“This one is pretty special for me because Robert Owens featured on Tears by Frankie Knuckles, who obviously sadly passed away fairly recently. I sent a message to his agent asking if he’d be up for doing the vocal and luckily he said yes and sent an idea straight back to me. To have him on one of my tracks after listening to house records with his voice on was something I never expected and something I’m pretty proud of.”

“I used to listen to Blu Mar Ten when I collected vinyl as a teenager. Fast forward ten years and we’re really good friends which is nice. I was always keen on doing a track with them so this remix just came from Chris asking me to do an edit of it. There’s a sample in this from a Scooter tune believe it or not! But I wasn’t allowed to use it for legal reasons, so we had to get a guest vocalist in to recreate it as best as possible.”

“Usually when someone emails me asking to do a remix swap I wouldn’t even entertain the idea, but when Jakwob emailed me asking if I was keen I checked out some of his stuff and instantly liked it, so agreed to swap tracks and remix. I went to watch Jakwob play live in Norwich a few weeks later and the guitarist was Etherwood funnily enough! Shortly after that he got signed to Med School and the rest is history.”

“I’ve known AD-APT for absolutely years, ever since he was in an up and coming hip-hop group. I offered to help him get his remixes out there so I teamed up with Bladerunner to work on this track. He then met Loadstar through me and since then he’s been their official MC along with Wilkinson and a few others, so I like to see myself as a sort of matchmaker here…”

“Not really much of a story around this one; just a tune I smashed out. People always think the vocal is “it’s our time” but it actually says “waste of time”, which in hindsight sounds a bit negative!”

“This is a pretty deep one. On April Fools’ day last year a really good friend of mine was supposed to coming round to visit but didn’t show up, so I went to his house to find him dead on the floor. Obviously it was an absolutely devastating moment and one I’ll never forget. This tune is based around his death; I’d just done the instrumental for this track and after this happened I sketched down some stories about his life to use as the vocals, which Rocky Nti delivered perfectly. There’s a stripped back version of this and that’s what was played at his funeral as I walked his coffin in. It was obviously hugely emotional and moving for me.”

“This was the first of the batch of the ‘new BCee’ sound. In the past my production was based on whether or not I had time to make a tune, whereas now I’m constantly on it and far more focussed in the studio. There’s no real particular meaning to it other than let’s all just have a rave! In the words of Hype, sometimes you’ve just gotta rinse it out.”

BCee – Back to the Streets (Nu:Tone Remix)

“I tried to get a few people on the remix of this but it wasn’t really working, until Carlos (S.P.Y) suggested that I should get Nu:Tone on it, and that turned out to be a good suggestion because he smashed it. I love the old school flavour he gave to the track – it’s similar to the style on his new album, which I’m a huge fan of.”

“I hadn’t seen Carlos for ages until I bumped into him at a Hospitality event in Norwich and he said he was keen to do a collab for his album. I drafted a few sketches together and took them up to his studio to get working on a few tracks. One of those was Stardust. At the time I wasn’t too keen on it but people seem to love it which is nice. Another one of the tunes we worked on will feature on my album which is coming out next year.”

“Years and years ago I made a remix of this track which I used solely for playing out in clubs and people started asking when it was going to come out, so I just went back in on it and reworked the drums and a few other elements of it. The drums in this are deliberately really similar to another track I’ve done called Hold On, because I found that they mix together really nicely.”

“I was listening to Rodigan’s FabricLive CD a few years ago in my convertible (perfect vibes for Rodigan) and it made me want to produce a drum & bass track with a dub influence. Then one night I was DJing at a night in Belgium and David Boomah was there, so I asked him to lay down some vocals for the track and amazingly he said yes. Weirdly, I DJ’d at this night again and Calibre was in the exact same place as where I’d previously met David, so I asked him to remix the track and he said yes too! Needless to say he smashed it… He always does!” 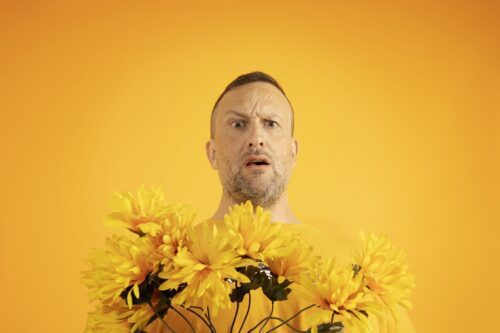 The Evolution Of BCee
WORDS
186 shares 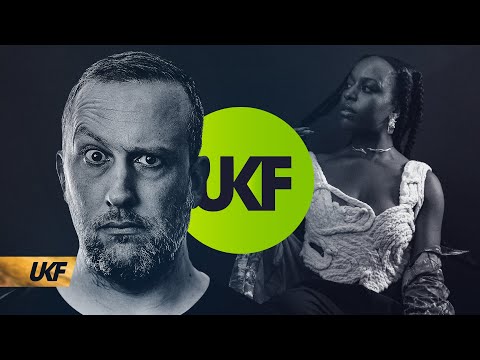 BCee & Catching Cairo – Draco
AUDIO
0 shares
SIGN UP NOW & STAY LOCKED!Sign up to our newsletter to keep up to date with the latest streams, news, and events, all tailored to you.