Belle Humble is one of the strongest voices to have emerged in heavy bass music in the last 10 years. Regularly working with the likes of Zomboy, DC Breaks, LAXX, Cutline, GLXY and, of course, The Freestylers on the era-defining Cracks, her vocals and songwriting have been a consistent and evocative characteristic throughout the last decade of dubstep, drum & bass and all things in between.

Beyond the confines of the drop, she’s equally versatile and in demand. As a songwriter, her work has been sung by a range of mainstream artists such as Paloma Faith, Alexandra Burke and Joe McElderry and in 2016 she was behind a major K-pop hit Russian Roulette by South Korean group Red Velvet. A top three hit in South Korea, Japan and the US, it’s had over 100 million views to date.

Back to the future and Belle’s voice returns to the dancefloor; she’s just released the epic High From It with LAXX (which is on his album), the euphoric No Words with Dutch trance don Sander Van Doorn and Visions, a smouldering, jazz-tinged house number with new live act L&F.

The frequencies don’t stop there. While Belle’s relationship with the dancefloor goes back to her one of her earliest musical passions as a young raver into house, garage, jungle, D&B and early dubstep in the mid 2000s, behind the scenes she’s also found inspiration from more spiritual pastures as a student of Nada Yoga, a practice which explores the idea of that all beings and mass is created of vibrations and frequencies. A holistic approach to all aspects of her life, she’s found it’s been especially enlightening when it comes to songwriting… To the point a Tibetan singing bowl played a role in her LAXX collaboration.

Belle isn’t just one of the strongest voices to have emerged in heavy bass music in the last 10 years, she’s also one of the deepest and innovative. We called her up to find out where she’s been, where she’s at and where she’s heading…

That does sound pretty cool

It’s is! It’s called Nada Yoga and is based on the idea that everything is made of sound vibrations. We all have our own frequency, so it’s about tuning into that frequency. The purpose of yoga is to tune into everything and by using music and your voice you can tune into the cosmos. It’s really inspiring. I’m always looking to expand my awareness of creating music. That’s my main job as a singer and artist and songwriter; the more I can know and be aware of how to approach things and create things, the happier I feel.

Absolutely. It’s about expanding your own awareness and capacity to tune into things. Just basically be happier. I was on such a journey with music but there are times when you feel disenchanted, so I needed to find other things to explore.

Absolutely. It is volatile. It’s a quantum bed of madness. There are moments when everything comes together in ways you could never have dreamt but other times when it’s frustrating or no money is coming through. It’s a very random existence and there’s no stability. So the more I explore the concepts of the consciousness of sound and the effects they have on the body and mass, the more excited I feel about making music.

Awesome. So let’s go back to an earlier chapter of that journey. Tell us about Cracks. That tune was a phenomenon in lots of ways…

It was a special moment. I was working as a songwriter and going into sessions with different producers and artists on a variety of things. I was in a session with The Freestylers and a fellow songwriter called David Venn. We put down some ideas and came up with the Cracks hook. I sang it and remember feeling there was something special happening at the time. We did it in two takes and I do remember feeling like I was channelling something else besides me. It was effortless. I was very focused and thinking about some of the singers I thought were amazing and wondering how they feel in the booth. I was very inspired and just went in and sang it. We all knew we had something really exciting. So when the remixes came along, Flux Pavilion’s one just jumped out at me. The composition he chose around it was just a perfect fit. So yes, it was a combination of a lot of people working together; The Freestylers, David Venn, myself, Flux and of course Never Say Die. Tommy A&R’d that very well. None of it was intentional, though. It was just a moment in time.

They did. It was effortless. I’ve written many songs and sometimes this magic just happens. What’s beautiful about some tracks is how they go out into the world and do their own thing and touch people in ways you can’t control. I still get messages from people saying how the song helped them through break-ups and hard times. I’ve seen people choreograph dances to it, animate things to it, all kinds of creative things. That’s beautiful.

Going further back than Cracks for a second, your first ever track was a jungle one, right?

It was! That was my first love when I first got into electronic music and going raving. I’m half Canadian and I went out to Canada to Montreal to explore music and did a few tracks with RCola and really got a taste of it. From there I really started exploring songwriting and performing and just putting myself out there and challenging myself. I got used to being up on stage and finding out what I was about and what I wanted to do. By the time I came back to London I was on a total mission; I submitted my work to competitions and festivals and just went for it. Something inside me was just on a drive to get out there. It wasn’t always easy – some gigs were very uncomfortable and challenging and awkward, but I had to continue. I did showcases, worked with managers, sent demos. If you have a goal in life you keep on telling people what you want to do it just starts happening. Then Cracks happened and things snowballed from there.

So bass music was your natural tendency…

I grew up raving and was really into jungle and all forms of bass music. By this stage I wasn’t going out to that many dubstep events but when I found myself in that world it felt right and I knew that was where I should be. I understood the dancefloor and knew what they were going through because I’d been there. It was very natural to work within this side of electronic music. But I love working with people in any musical world, really. I’m just in love with the process of writing music. I’m not fussy about genres, if the music is good, it’s good.

Yeah you don’t strike me as someone who would want to limit themselves!

Definitely. Music takes you to places you didn’t expect to go to. Both as a listener and as a writer.

Tell us about the writing. What have you written beyond the world of electronic music?

I wrote a k-pop song which came out last year and became a big hit. It was written in English but has been translated. That did really well. It’s funny; you write things and you never know what will happen to them. They sit in hibernation or cocoons for years.  This particular song was written in 2012 but topped all the k-pop charts last year. It went to number one in a few different countries, it was amazing. There was also a song on Paloma Faith’s first album which was an honour, she’s done so well and has a great personality so that was great for her to pick one of my songs. There’s been songs in Germany, Canada, France, sometimes I meet the people and work with them, other times they pick the song and just use it. But every time I’m incredibly grateful that they’ve used my song!

When you’re writing you’re sowing seeds and never knowing how they’ll blossom. Quite a mad way to work…

Yeah you have to trust that things come back to you. You’re working on spec all the time. Just as you say, you never know how things will blossom but you have to have faith that they do.

Back to the bass… You’re on LAXX’s album, right?

Yeah we’ve worked on a few songs. I’ve got a good relationship with Never Say Die, we’ve done a lot of great music together so when they told me about LAXX I knew it would be fun. I was just getting into musical yoga and frequencies so bought a Tibetan singing bowl into the session. It didn’t make it onto the track but it was my inspiration.

LAXX strikes me as a deep fellow himself, the type of person who’d be into that approach.

Absolutely. He’s got a great mind and the ideas he has on this album are really inspiring. He takes things very seriously and it’s very meaningful for him and I feel the same way when I’m writing songs.

What comes after the LAXX collabs?

I have a song with Sander Van Doorn this month. It’s exciting to have two songs coming out in the same month in two very different styles. Then I’ve also collaborated with an electronic, jazz-influenced live house outfit L & F on a track called Vision. They’re really good musicians with sax and keys and bass and electronic drums. That’s really exciting and there’s a live video for that. So those are what I have going on but I’m always exploring. The practice of mantra across the various cultures and traditions and using music as a healing modality has been a revelation and I am open to the adventures that lay ahead of me! 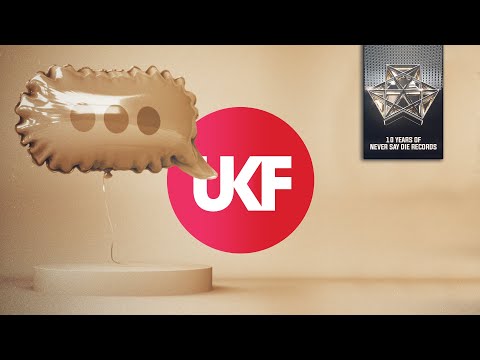