You know you’re onto something as a producer when your tunes make Goldie pull a knowing demonic look, a few cheeky throat-slice gestures and drop the elbow like this…

Quintessential physical embodiment of certified gully don’t get any higher. And the Metalheadz maestro is not alone; these are the gestures we’ve all been pulling in some shape or form over the last 18 months whenever a Benny L tune cuts through the blend. If you haven’t, then you’ve been to wrong dances or need to clear your ears out.

Benny is up there with Serum and Voltage as one of this year’s most distinctive bassline sculptors. Obscenely on-point and sonically mature beyond his years, his basslines don’t bang but groan and moan under heavy production pressure. Rolling like old oak furniture being charged across floorboards by a herd of elephants, wheezing like the last puffs being squeezed out of a giant titanium robot, they’re not of this world and remind us of that iced-out, weirdo feeling only drum & bass can conjure.

A year in the making, Route Zero is the peak of Benny’s sonic creations so far. Comprising four of his most physical and brutal tracks so far, including Low Blow (the very track that caused Goldie’s reactions above and been hammered on dub by a selection of DJs lucky enough to have it this summer) Route Zero is the culmination of everything he’s given us since Shimon presented him to the world on Audioporn in 2015… And a statement of intent for what he has coming up in the future.

Route Zero is out today, we called up Benny and pulled a load of throat slicey gestures down the phone at him…

Goldie’s face on that Mixmag Live stream when he rewound Low Blow!

I’ll never forget watching that. I couldn’t believe what I was seeing. Proper mad and really surreal. Amazing, really. I was running around my room watching it!

Thank you. I think I’ve just found a groove how i set up my bass sounds up when making then, things have started to come together.

Definitely Thunder. The EPs before that were more like collections of tunes I had lying around, a few rollers and other ideas around it. I found that sound and wanted to bring people’s attention to it. Thunder was that tune. I knew it was starting to pick up there because people were singing along to it when I played at Let It Roll last year.

In the Rough Tempo tent!

Yeah that was it. So I knew from around then that there was a sound to explore and really work on. I wanted to capture that feeling and understand how to get it.

Route Zero is the deepest exploration of that feeling yet. It kinda feels like Low Blow has been on dub forever.

Yeah it’s been around a year now. Since late last summer maybe. I made it in two days, it rolled out nicely, when I sent it to Shimon. He rang me up and was like ‘bruv! Come on mate!’ He dropped it at a Pure Science and everyone said it was one of those tunes. Then Randall had it and played it at Sun And Bass and everyone kicked off and Goldie came up and pulled it. Someone got a video of this so Shimon suggested sending it to Goldie. Straight away he’s ringing us up saying ‘what about this tune? I want it.’ He rang Shim to get my number, next thing I know I get a call from Goldie directly to ask about doing an EP.

With an EP you can properly dig deep into the Headz sound, vibe and aesthetic

Oh yes. I sent them some tunes I already had in the making, but weren’t quite Headzy enough so I just made a new batch that was specifically for Headz and worked hard on keeping a theme and a feeling throughout. The tunes came out well in the end and kinda quick I suppose maybe a month or two. I couldn’t write anything after that for about a month or so. It took a lot out of me writing the EP.

Yeah man. It was just before Christmas so I could chill out and come back to the studio in the new year. It took a bit of time though. These things always do.

Yeah, it seems like stuff flies out but behind the scenes there’s months, sometimes years going into releases

Totally. I think it’s natural to just look at the end product and not think too much about process and all the late nights/early mornings that went into it. But as I’m getting quicker and I’ve been making more tunes, I’m just having to learn a bit more patience. At first I wanted to get everything out there and have everyone hear all the music straight away. But I’ve learnt that can be a bit counterproductive, I try to keep my tunes quiet before it’s time because I’ve got quite a lot in the vaults. I try to control when people hear them so when it’s released the attention’s not already onto something else. It’s just timing things right, I think it’s been good so far.

Who controls that hype on these particular tunes? You? Goldie? Shimon? I’ve heard Low Blow all summer but only through specific selectors – Marky, Doc Scott, Shimon, obviously Goldie too.

Just me and Shim. His been really good on advising what to do and when to do things, also on who has the tunes. Randall has been amazing and supported me from the start so has Marky, they have been brilliant, I’m so grateful they have my back and have been mentoring me.

Shimon’s been quite an influence hasn’t he?

Yeah I’m really thankful – he’s picked me up and had faith in me and given me that space of a few EPs to find my groove. He’s helped me with decisions and advice and it’s sick he’s come back into the studio again and he’s going in on stuff! His forthcoming tracks are another level again.

Not sure mate. There’s a lot of things happening but nothing to confirm quite so soon. The remix of Pola & Bryson has come out as well, so need to shout that.

That remix is a stinker!

Nice one. It’s the first tune I made with my new valve EQ. It’s the first bit of hardware I’ve invested in. Everything I’ve made using it has cut through systems so nicely. A proper investment you know what I mean?

I wondered if your signature bass is hardware anyway?

No not at all. It’s all in the box until recently. Actually some of the pads on Route Zero and Home came from the Roland Groovebox which is nearly 25 years old witch I got from my brother years ago, couldn’t work it out back then so just been sitting in the house for ages , but when making Route Zero I thought well why not getting it out n linking up with Ableton and see what happens, found out how to go through the sounds n found some rely classic sounding pads, probably the making of them tunes actually so happy I dug it out.

So your brother’s been influence too?

Massively. He’s 10 years older than me as well. He’s been a huge inspiration and got me into jungle, garage, drum & bass when I was really young.

Ah that explains how you make tunes so rooted in the foundations when you’re not even half way through your 20s!

Yeah my favourite producer is Dillinja since day one. The first tune I heard was Nasty Ways, I must have been around 9 or 10 when my brother played it to me first. That’s where it all started so I’ve got to give my brother a shout! I have to give everyone a shout too… Shimon, Randall, Serum, Voltage, Goldie, Doc Scott, Marky. Everyone who’s been playing it and supporting me so far!

Benny L – Route Zero is out now on Metalheadz 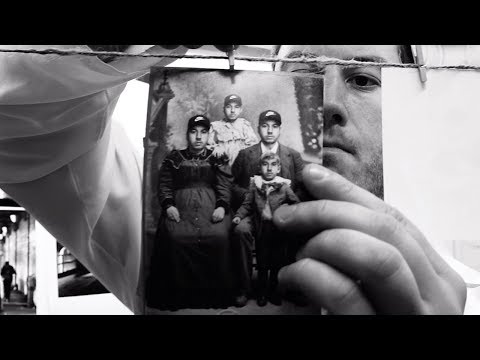 Benny L – The Pictures (ft. Pastry Maker) (Official Video)
VIDEO
0 shares
SIGN UP NOW & STAY LOCKED!Sign up to our newsletter to keep up to date with the latest streams, news, and events, all tailored to you.