The indelible mark Futurebound has made on the drum & bass scene is there for everyone to see.

Aside from teaming up with Matrix to form one of the genre’s most formidable forces, he’s also the proud owner of Viper Recordings; a label that has flourished since its inception in 2003 – and a label that promises to grow exponentially over the coming years.

“We’ve got lots of big plans for the future, there’s a few huge events coming up over summer and we’re planning on adding some new acts to our already impressive roster” he says.

If anyone thought we’d done alright up until now, they haven’t seen anything yet – we’re ready to go into hyperdrive.

We caught up with the Liverpool-based pioneer to find out the story of Viper’s development and see what it’s like to hold down a successful drum & bass label as well as being half of a production powerhouse.

It’s all about being bold and taking risks…

“I’d been at working at Infrared with my good friend J:Majik, producing records on the label and helping him get artists like Total Science and Accidental Heroes amongst others on board with compilations we were doing at the time and I got a really good insight into running a label.

After that, I knew that I really wanted to start up a label of my own. I also knew that it wasn’t worth starting one up until I had a few big tracks ready to be released, and when that moment came, I just went for it. I think a few of the other labels around at the time were a bit shocked that I turned down the chance to release the records I’d made on their labels but I knew I had to be bold. Luckily it turned out to be the best move I’ve ever made. I threw the kitchen sink at the whole thing and it soon went from being a hobby to becoming my life. I’m a very motivated person; when I want something I’ll do my utmost to make it happen. I think you need that motivation and drive to succeed in this industry.”

You need to treat artists with respect…

“When you take on a new signing to your label you effectively take that person’s career in the palm of your hands, and you can’t treat that fact lightly; you’ve got to treat them with respect. Obviously drum & bass comes first and foremost but it’s also very important to manage people correctly when you’re a label owner.

I get a real buzz from seeing producers go from amateurs to worldwide stars. I’m always as upfront and clear as I can be when we take someone new on; I tell the artist that how well they do is entirely up to them, sky’s the limit. They know that we’ll support them and give them the platform they need but at the end of the day it’s all about how much work they’re willing to put in – it’s definitely a two-way thing. We never tell producers what music to make, either; we encourage them to write music freely without a ball and chain. At the end of the day, a happy artist is a successful artist.”

And you need a capable team behind you…

“When I started out it was just me trying to produce and run the label all at the same time, which became tough as the label started to grow. I eventually found that I needed to take extra personnel on in order to cope. The first person who joined was Tim Dudley, who’s been my right-hand man for a number of years, and we’ve now got a team of five people working full-time which is great. James Foster controls the Viper events and Asad Raja manages the day to day runnings of the artists amongst many other things and we have Helen in accounts. We have a strong family vibe and teamwork is the key. They’re all really passionate about the music and are all really trustworthy people and we can rely on each other to get the job done.”

You need to stay focused but humble…

“We all go through days where we question whether we’re actually good enough to be doing what we’re doing – I’ve had a few in the studio this week. When you have one of those days it’s so important to just stick with it and not get too disheartened.

If you do persevere and find the success you’ve been searching for, it’s important to stay humble and grounded, too. I’ve seen so many people change their attitude after hearing one of their tunes on Radio 1 or reading a few positive reviews in magazines. When that happens I think it’s important to remind that producer that they’ve still got a lot of hard work to put in, and that respecting others is still the most important thing.”

It’s important to stay true to the sound you love…

“I’ve always been into cinematic and powerful music, that’s what I wanted to bring to drum & bass when I first started Viper and that’s what I’ve tried to bring ever since day one. Drum & bass has obviously changed a lot over the years but when you know what you’re looking for it makes it easier to find the specific sound you’re after. I love and respect the whole of drum & bass but there’s a certain style I’ve always looked for with Viper. It doesn’t matter whether that sound is within a vocal track or a twisted, darker track, as long as it’s got that Viper feel it’s all good.”

“One of the hardest challenges has been balancing running the label with the Matrix & Futurebound project. Label things started to get in the way of making music at one point which is why I had to take new people on. I love working with Jamie (Matrix); we get on really well and the music has been pretty successful so far and I want that to continue. I’m still hungry to be a producer and DJ alongside running the label, so it’s all about finding time to do both to my best ability. I’ve got two kids now as well so I’m not really getting any sleep, but I feel so privileged to be able to do this job so I wouldn’t change anything!”

And many more to be announced! 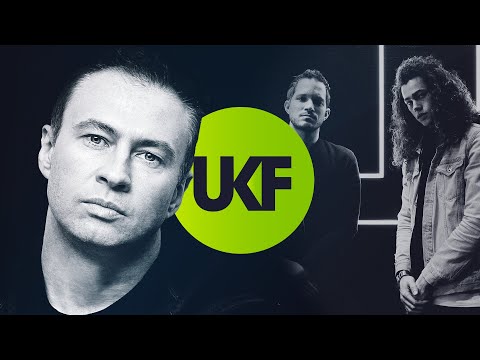 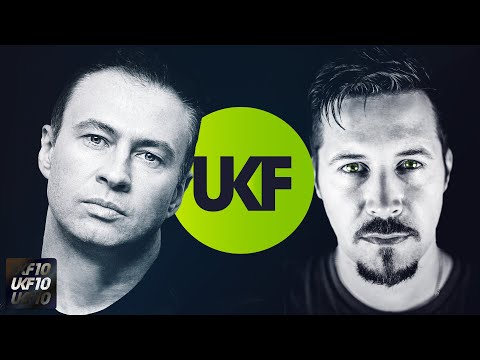