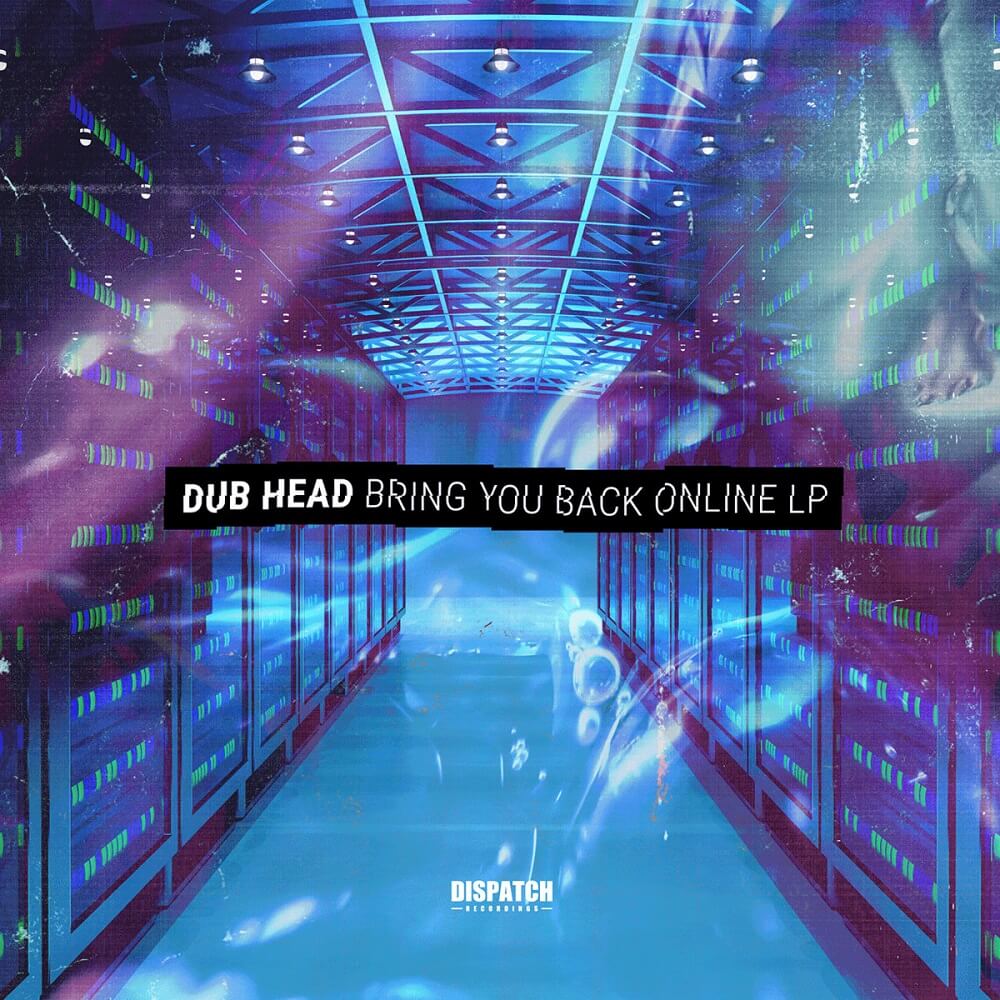 Slowly but surely Kiev-based Dub Head has been fine-tuning the ‘dub’ aspect of his name. From the more neuro-inclined roots he laid down when he emerged in the early/mid-2010s, he’s gradually honed a much deeper, warmer, stripped-back sound.

First apparent on releases such as his Bad Signal EP on Dispatch in 2017 and his Meltdown / Space Worm single on Sofa Sound in 2018 (to name a few releases), it’s a sound that’s much heavier on the breaks, much more groove-focused and prone to stark moments of drawn-out tension. It’s also a sound best felt on his album Bring You Back Online. A moody, rumble-fest that rolls on forever like deep grey ominous UK clouds, it’s a focused and direct statement of where Dub Head (real name Vitalii Petko) is at right now… And where he has been for quite some time now.

Heads-down tunnelling D&B business with collaborative enhancement from the likes of Eastcolors, Black Barrel, Scepticz, M.Justa and Gusto – out now on Dispatch – Bring You Back Online is an ideal soundtrack for the greyer months ahead, bringing us all back down to reality from the summer that’s standardly passed too quickly. This is how it came about…

Yes, I’m happy it’s finally out. I started working on parts of it three years ago, but it eventually came together very spontaneously. I had been working on this collection of tracks and started to feel it was turning into something bigger than an EP so called some friends to contribute and the album became a reality.

Sounds very natural. There’s also a consistent vibe running through it. Kinda like you’ve been fine-tuning your sound…

Yes I would agree. This is the sound I’ve been working towards for years. I feel the album properly captures it more than anything I’ve done before. I feel like I’ve found my sound and am a lot more confident about it.

What’s the story behind the title Bring You Back Online? Most people want to get offline these days…

Haha. I just felt like I needed a statement that I’m very much online, active and inspired. I am here. This is me. This my sound and I want to give it to the world. I’m showing what I’ve been working on and that I’m proud of it. It feels like a significant moment in my career.

Nice. Was it the album that caused the slower speed of releases or was that life stuff or maybe a combination?

Definitely a combination of these things. Moving house, day job, family. Lots of things. I want to have more time to stay in the studio but it’s not always that easy. I make the best of my time though. It’s quite a personal album for me in this way because it was written around these life instances and helped me express myself and things I was feeling.

It kinda feels personal in the way that it’s nice and punchy and direct. It doesn’t sprawl at all.

I wanted to keep it concentrated and get straight to the business. No preludes or filler. Just a showcase that is focused and does not stray from the sound I want to present.

Are the collaborations all personal too?

Yes in different ways. Obviously Black Barrel is a friend and there’s the Russian connection. That had to be done. Gusto is from Ukraine and came to Kiev so he was cool to work with and a good friend so is M.Justa who I’ve collaborated with before on Division. The scene is very tight here so we all want to support each other and help each other out. We have to because it’s a very small scene here, Ukraine is very techno-focused. Drum & bass used to be thriving but in the last five years we’ve had to really fight. There’s just this solid little crew making sure it has its place here.

Salute! So are you back online for good now? Is this the start of a new chapter in the life and times of Dub Head?

Yes it does feel that way a little. I’m working on material for Sofa Sound, I’m working with Black Barrel on some collaborations and more in the pipeline. There’s a lot to come. I am definitely back online.

Dub Head – Bring You Back Online is out now on Dispatch