When it comes to the finer things of life, few pleasures are linked as intrinsically as music and games. As complementary as food and wine, a gaming experience would be nothing without the inclusion of both music and, even more importantly, next-level sound design.

Being leaders of the studio field, many of our favourite artists having their tracks sync’d or repurposed to enhance the game experience. And other artists have made tracks that resonate with game developers so well, they’ve been invited to join the creative process and create sounds specifically for games.

Broken Note is one of those very artists. 10 years ago he cut his teeth in UK free party circuit and rapidly worked his way through festivals to worldwide exposure.  A unique, genre-smelting framework that’s dynamically coloured in with their own distinct sound design and personal sample bank, his techniques have led to a fine line of creative collaborations on various high profile games.

Due to contractual reasons we can’t say which games. But you don’t need specifics to enjoy his unique advice and insight. If you’ve ever considered a career in production for games, this is an essential read…

Create your own unique sample bank

I just love experimenting. I love making things that sound fresh to me and unlike anything everyone else is doing. We record a lot of foley sounds; warehouse districts, train stations, scrapyards, anywhere we think we might be able to find something new. These sounds are all over the place; harness them and create your own sample bank, I feel taking the time to do this is what helps give the music some identity. To record a lot of these sounds I use a Zoom H4N or sometimes just my phone because it’s on me and handy. You don’t always need the best mic… Sometimes even a bad mic can give the recording a certain flavour that sits perfectly within the context of the track.

I also record raw instruments a lot too. They have much stronger harmonic tone than your average synth patch and recording them makes the process more engaging. I recently recorded an old modular synth. An archaic Russian beast… It sounded like pure electricity! It was such a different instrument compared to any soft synth I’ve heard and has given me a wealth of new sounds to play with that can be heard on my new Black Mirror EP.

A guide to recording and processing sessions…

I go out on a recording sessions and record for a period. I then go back to the studio/laptop and cut out all the parts that I think are worthy and save them as audio snippets.

This is followed by a processing session where I make them into different sounds. We’re talking extreme sound design – I love it. You’re processing and processing and processing until the snippets become these pieces of audio that seem like they have never existed in your own awareness before. Most of the manipulation is just done in software such as Ableton, FL Studio and SoundForge but any software would work. My best advice is to get to know your effects and how they relate to each other…. If you work with colours you’ll know which colours work well together. The same can be said for effects; if you do this for long enough you’ll know which effects go well with each other. So I always have a rough idea on how the effects will be applied sequentially.

I must admit, this whole process is difficult starting out as you’re not aware of the different type of sounds that these recordings can be organised as. Or eventually used for. But your palette of understanding broadens as you realise how different sounds can be utilised.

Strive to make something different and if it resonates with developers they’ll find you. That’s how I was approached by developers in the first place. They’re just regular people who love music. People looking for futuristic sounds that fit their visual art will look in the most far-out places. Far out places like Amon Tobin’s performances. He’s used a lot of our material on his recent AV tours and that has been great for showcasing the visual possibilities of the material…

Every brief is unique

Every job depends on the project and your relationship with the game designers. Sometimes we’re doing everything step by step together. On other games I’ve been commissioned to create a soundbank and I’m told whether they like the sounds or not. Other examples of working with games is when your existing music is taken and reconceptualised for the game and is broken down into loops and layers where different parts of the tracks are triggered at different stages of the game. With the current game I’m working on the developers show me some of the gameplay and environments which I then break down to create each sound.

Creating a unique world of sound

We can’t walk through walls. It’s impossible. But how would it sound?

In order to create the mood it’s imperative that the sound gives feedback to the experience and actually drives it. This goes for writing for the dancefloor or games; in both instances you are attempting to enhance an experience, be it real world or fictional.

You need to create something that’s truly emotive and connects the user with the experience. It needs to grab your attention like you we’re there.

For example: if you arrive in a new dimension you need sounds that reflect that. You need to create the sensation that the user has arrived or time warped into a place that they never been in before. So you write down rough guidelines and ideas on what the world is like and what sounds you’d hear if you really were in that world. If the game is presenting environmental impossibilities, the sound needs to also reflect these impossibilities.

Like walking through a wall: We can’t walk through walls. It’s impossible. But how would it sound? Or if you’re in a completely impossible dimension… How would footsteps sound? They wouldn’t sound like normal footsteps would they? They need to sound unreal. An unreal realism; you need the user to understand and relate to those sounds but also give the feeling that they’ve never been there before.

No matter what level I’ve worked on the game, and what type of brief I’ve worked to, when I finally play the game it’s a unique experience. In most cases I know it already so while it’s fulfilling to see the whole game finished, it does lose its challenging aspect. Although there are usually a few surprises which I don’t know about which keeps me on my toes.

My advice to anyone reading who wants to be involved with creative projects such as games, would be stay original and find your sound. Source, design and create the best possible sounds you can. Try not to copy or imitate others and do things your own way. This is what will help set your music apart and give your creations a personality.

For further insight into Broken Note’s unique sonic world, check out his mixtape: 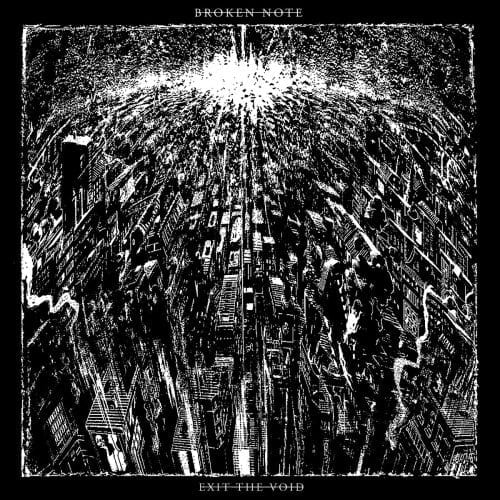 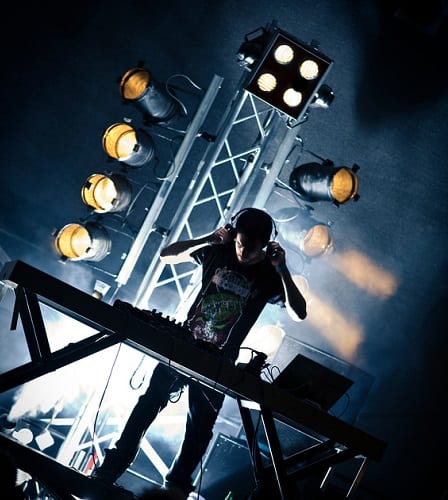 The Perfect Remix: A Broken Note Guide
WORDS
355 shares
SIGN UP NOW & STAY LOCKED!Sign up to our newsletter to keep up to date with the latest streams, news, and events, all tailored to you.