I’m much much angrier about the guys who try to make out they’re on my side and defend my music by dissing people like Skrillex or Zomboy.

So last week German producer Bukez Finezt gave us the sub-saturated Under Control. With support from some of the biggest names in the game – Hatcha, Distance, J:Kenzo, N-Type, Coki, Funtcase, Protohype and more – it’s picked up accolades from respected dubstep bastions GetDarker and Fat Kid On Fire as ‘the tune of the year so far’. Mighty strong words!

Other strong words it has received since its YouTube debut exclusive to UKF haven’t been quite so positive. Most of us think it rocks. For other fans it’s been pretty divisive. For Bukez, though, it’s not the dissing that bothers him…

“I’m totally cool with the comments,” says the man born and raised in a tiny German village named Buke (hence his name) “No one has the same taste in music. It’s cool! I’m much much angrier about the guys who try to make out they’re on my side and defend my music by dissing people like Skrillex or Zomboy. Not cool. They’re missing the point. It’s all dubstep for me. I’ve made brostep, I’ve played at parties with Borgore and Bare Noize. Every music is okay. Every music has its right to be there. It’s all good. People can comment what they like but it’s not cool to rip on other artists.”

Possibly the mightiest strongest words of the year, Bukez is saying it like it is. And so he should… The 28 year old has been producing since 10 and sold his first beats at the age of 14 for the princely sum of €50. Since dipping his toes into the murky world of dubstep seven years ago, he’s also applied himself at all styles of dubstep: from his madcap, whacked out Duck Trumpet to the savage swing of Scarz right through to the immersive realms of the aforementioned Under Control. Which, incidentally, comes with a cool story that involves one of the founding, most influential names in dubstep history…

“It started as a simple deep one,” he explains. “But I was playing a show with DMZ in Holland and Mala played a special version of Spry Sinister by Gantz. Man, that tribal feeling got me going! The next day I was inspired… So I added the horn and it kind of made the tune. When I build a tune I always think about DJs playing it out. The gig with DMZ was in front of 1000-2000 people so I thought ‘what would make a crowd this size move’? That is what inspired me.”

Inspirations for Bukez come in many shapes and sizes… Wry humour and nationality being two of his most consistent themes. Both motivations are instantly evident with his Germany’s Next Top Wobble project and his forthcoming Silly German (forthcoming on Firepower)

Make what you love and that’s it. Don’t take things too seriously!

“I always like to deliver things with a bit of grin,” explains Bukez, a man who also takes pride in his clean cut, drug and booze-free lifestyle. “Make what you love and that’s it. Don’t take things too seriously. Especially not comments on social pages! As for being German, yeah I am proud of my status in the scene as a German dubstep producer. Some people say I’m one of the most active German dubstep producers. I’m not sure if I am but I’m very happy with the reputation as a producer and DJ who’s booked regularly and represents as much as I do.”

Expect more representing in the near future… Including a five track EP on Firepower, a full US tour in July and, early next year, a debut album on Sin City. We can’t wait to hear it all. 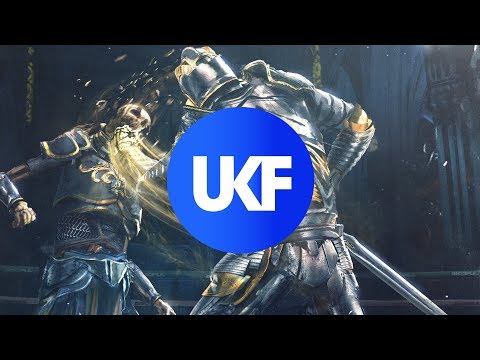 Bukez Finezt – Under Control
AUDIO
911 shares
SIGN UP NOW & STAY LOCKED!Sign up to our newsletter to keep up to date with the latest streams, news, and events, all tailored to you.