Is there anyone more passionate about dubstep than Caspa?

His label Dub Police is set to celebrate a decade of big bass business this year, and he’s just released the enormous Dubstep Sessions mix… A mix so strong and broad in future-focused dub creativity it has potential to sit right beside that Fabriclive mix with Rusko. We thought we’d find out the secrets to his label’s success.

Head’s up: this is one of the most frank and honest interviews we’ve run so far.

“Dubstep is far from dead, mate,” he says dryly. “Going around the world and seeing the reactions to it, I can tell you from my heart that dubstep isn’t dead. Still packed out clubs… I see it every day. What is dead is the commercial side of dubstep. Which is great. It’s going back underground and that’s where it started. It’s happened with drum & bass many times. Scenes reinvent themselves and constantly develop all the time. We’re in a culture where people think once something is over it’s over. But it’s not. Things last. Dubstep’s been going for over 10 years: it’s got strong roots and foundations. It will never go away now. Like house, like techno, like drum & bass. It’s here now.”

And Dub Police ain’t shifting either. 10 years deep and still delivering next level talent, a then 21-year-old Caspa set it up with £2000 his grandma gave him from her pension.

“Unfortunately I never got to pay her back,” he says. “My bedroom was my warehouse. I’d master the tunes, pick up the vinyls in a cab then take them down the Piccadilly line to all the record shops in London. This has always been about someone who believes in something and wants people to hear it. That’s me: I want people to hear something I truly think is amazing. That’s what keeps me going.”

Rule 1: Without the music there is nothing

That’s why we don’t release house and techno, we just release dubstep and all its many different shades and styles

“Stating the obvious but you really need to find the music you believe in. Some labels like to put their fingers in all sorts of pies, which is fine, but I can only go on the success of Dub Police which, for me, is this: staying true to our roots and focusing on the one sound and style we believe in. So when you’re setting up your label and you’re investing in your artists then you really need to think hard about the style and sound and direction you want to get behind. Because that’s the style and direction you should stick with.

“Don’t get me wrong, you can still be hugely varied within that style, but just keep an eye on consistency. For example we started with L-Wiz doing the deep stuff through to Rusko doing the jump up stuff. You couldn’t get more varied! But it was all dubstep and it was all in that rough tempo template. That’s why we don’t release house and techno, we just release dubstep and all its many different shades and styles”

“It won’t top the music but it’s very important to have an identity that people can identify with and relate to. When you see the Metalheadz logo, when you see the Ram logo, when you see the Playaz logo… You know what you’re getting. You know what they’re all about and you buy into that. I feel Dub Police has developed that type of presence and identity too. The main aim for any label is this: if you think of the genre, you think of their label. First and foremost. That’s what I’ve always wanted… Think dubstep, think Dub Police.

“Our branding was inspired by the explosion of the internet and people ripping tracks they shouldn’t have and playing them. Do you have a licence for them dubs, you know? I thought it was a cool idea and I was lucky to get a really cool logo done that’s instantly recognised.”

Rule 3: Have belief in good and bad times!

Right now it’s a bit of a trough but if anything that makes me work even harder to push what I believe in.

“Put your money where your mouth is. It’s all good setting up shop when the sound is big, but when the fashions change where are you then? Stick to your guns and you’ll gain so much more respect…

A good time: For me it was the release of my debut album in April 2009. The launch party at Fabric, we took over the main room with David Rodigan headlining. The vision of the brand had come together… It was so special to me. That was the ultimate high.

A hard time:  I guess now! Fighting against people who are saying dubstep is dead when I know it’s not. I’m still here, I’m still playing, I’m still putting out good music and pushing things forward. It’s not a bad time, it’s just a harder time. It’s peaks and troughs… Nothing is perfect and amazing all of the time. It can’t be. So right now it’s a bit of a trough but if anything that makes me work even harder to push what I believe in. What’s pissed me off is the people who were writing about it saying it’s the most amazing thing ever aren’t anywhere to be found now.

I think you’re going to find the most creative dubstep released in the near future. Dubstep needed this filter. We’re clearing out the dirty water so people can drink it again. I want people who are saying it’s dead to carry on saying it. Cool, go on then, whatever, move on. The people who believe in dubstep will still remain true. That’s what Dub Police is about and that’s what my album Dubstep Sessions is all about. That’s why there’s material from everyone I love in the scene on the mix and I’m so proud to continue championing it.

People used to call me, Rusko, Skream and Benga the top four. Skream’s working on disco and house, Benga’s retired from DJing and the last time I saw Rusko he was dropping drum & bass. I’m still here though, I’m still pushing dubstep… And I always will be. I’m never going away.”

Caspa presents Dubstep Sessions 2014 is out now on New State Music, available on CD and download. 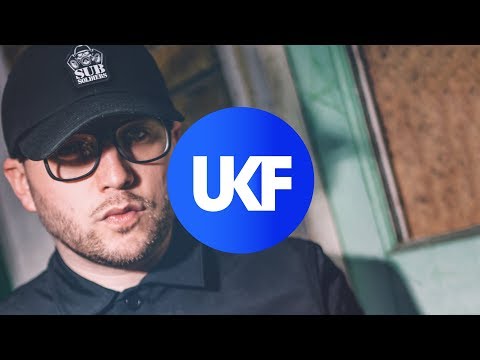