Slowly, steadily, over the last year, Youngsta’s new imprint Sentry has become an exciting new dubstep label to keep on lock. Let’s look at the evidence:

Four releases and one sick party might not seem like much in the grand scheme of things, but it’s the wider picture these activities find themselves in the centre of. For the first time in years London has been tangibly bubbling with dubstep. Whether that’s events like the aforementioned Heavyweight bash at Lightbox, the fact Never Say Die are hosting their first UK capital event in years next month or the fact that V.I.V.E.K’s System and Mala’s Deep Medi both held big dances on the same night and both sold out, the city is smouldering at 140BPM in a way that it hasn’t for a very long time.

This isn’t specific to London, too. New events are popping up around the country and dubstep is finding itself on bigger line-ups more and more often (Caspa’s and Deep Medi’s presence at Hospitality In The Park are a good example) to the point Caspa states his UK gig schedule hasn’t been as active as it is now since the late 2000s.

As Caspa said himself in one of our earliest interviews on this site in 2014: “it’s all good setting up shop when the sound is big, but when the fashions change where are you then? Stick to your guns and you’ll gain so much more respect.”

Respect is due. We caught up with both Youngsta and Caspa who have remained true to their guns throughout dubstep’s more challenging times to discuss how they’re once again in the centre of a freshly flourishing scene that’s back on a very exciting trajectory…

Finally we have Gutter Riddim and Hot Head. Feels like they’ve been on dub forever!

Youngsta: You tell me Gary, I know when I got sent them but when did you make them?

Caspa: It was part of that catalogue of music I’ve been making for the Vibrations series but it must be at least a year.

Youngsta: I was in America when you sent them. Denver. I remember saying ‘I can’t wait to drop these’ the night I played them. I instantly knew I wanted them for the label and proposed I release them. Done deal, really.

So Sentry was a release or two old at this stage, with dBridge’s launch release. So you had your Sentry A&R ears tuned in for bangers like these…

Youngsta: They’ve been fine-tuned for years as head A&R for Tempa but Sentry was about setting something up for myself and yeah I was looking for music in a different way. It was the dBridge release that kickstarted the label. I’d been thinking about it for a while and the right tune had to come along. I told dBridge he’d kicked me up the arse and got me starting the label. Then the Nomine release came. To be honest I was very slapdash about the first releases. I wanted to keep it informal and pretty loose but now after a year I’ve become obsessed. By the time Gary sent me that I was on release three and I knew it would be the perfect ingredient in the mix. After Nomine and Akcept to have a release from a veteran at this level made perfect sense. The stars aligned!

Caspa, do you send everything to Youngsta anyway?

Youngsta: Course he does!

Caspa: Since day one. He played Bassbins, a track I did as Quiet Storm, at FWD and it killed it. That was 2003.

Youngsta: Since 2003! And it’s never stopped. We’ve never strayed too far from each other. Different ends of the spectrum at points, but we’ve always been in touch. I could have taken other tunes but Gutter Riddim and Hot Heads were the ones. I was like ‘this is fucked!’ There’s a bit of old school feel, they’re a bit grimey, a bit trappy, it’s modern but timeless.

Caspa, was it hard for you to let go of these? I know you like control of your own releases…

Youngsta: He had to think about it, yeah.

Caspa: No mate, I just thought you meant Tempa and not Sentry. But they were yours anyway. Whatever you want. I’m buzzing that he’s got a new label and 100% supporting it. To give him two tunes was a no brainer. I can make more tunes!

Youngsta: It was all meant to be. Right place, right time. The label was a baby, I was being way too relaxed about it and not spending money on promotion. I was just letting the music bubble. Now after a year we can see it’s picking up.

Yeah that Heavyweight party in January got a lot of heat…

Youngsta: I’m not being biased but this really was special. If the idea of perfection exists then at that precise moment it was perfect. The vibe in the room, the soundsystem, the crowd were a great mix and no posers. People like Slimzee and Caspa coming along just for the night and not to play. People were turning up! You know it’s a good night when the old men come out the woodwork. It was perfect at that moment.

Caspa: It was great to have good dubstep in London. We’ve had the brostep and the US stuff but to hear the proper UK shit in our hometown? It was amazing. People vibing.

There’s always been good nights in London, though. System or your own Contact…

Youngsta: Yeah there has been but not consistent and not always working together. Something else is clicking though; the new generation of fans coming in, a new wave of people interested and energy. That hasn’t been in place for a while now.

It’s an exciting part of the cycle with a mix of the new generation and older heads.

Caspa: Yeah you see these special moments. They happen every 5-10 years and they’re very special. You get this new energy and we’re seeing it now more than ever. We’ve been feeling it since the middle of last year. In the US too – there’s a lot of interest in the deeper dubstep sound.

Caspa this is what we’ve spoken about for years!

Caspa: I remember saying that! We need to filter the shit out. People fucked off but the people who hang around because they love it have stayed with it. The people who’ve stuck with it are reaping the rewards now. It’s happening across the country too – I haven’t had so many UK shows in succession for a few years. It’s back to that time around 2006. I’ve always said this: no one is going to be excited unless you make them feel excited. All I’ve wanted to do is make people excited about what I’m doing and what dubstep is doing. I’ve pushed and pushed and pushed at this and it’s finally happening. It had to happen.

Youngsta: Gary knows how it is. There are more ups and downs for those who don’t jump ship and keep on sailing the flag. Right now in 2018 it’s clear to see and feel that there’s blatantly a new and exciting wave that we must, and will, embrace to the fullest. The wave won’t last forever.

Youngsta: Ha! You know what I mean, though. Genres go in and out of fashion faster than ever these days. But my foundations are strong and tough. My history is deeply rooted from the very first seed of the genre. I’m generally very excited about the way things are looking for dubstep in 2018 onwards, the scene and genre is very healthy and in a good place, but we must grow slowly and efficiently without ever saturating.

Youngsta: I don’t think it’s possible for it to escalate like it did before. That was due to the explosion of the internet and other reasons. But it does feel a little bit like 2004/2005 all over again. There are a lot of new club nights, events happening and so many new producers sending me amazing future/hybrid sounding dubstep and 140 music. In the meantime, myself and Caspa will be playing a very intimate small-capacity venue called The Cellar in Oxford on March 3 to celebrate Caspa’s release.

Caspa, we’ve also discussed this around your 500 project. These are the shows you love anyway, right?

Caspa: That’s where it began. Little underground clubs like Velvet Rooms. That’s where the passion started. I love playing those clubs and always will. That’s where dubstep belongs in its most natural habitat. 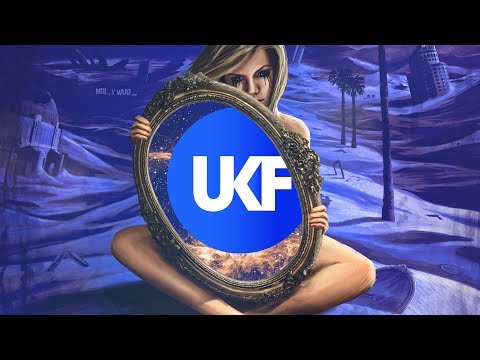 Truth – Wilderness Of Mirrors (Youngsta Remix)
AUDIO
0 shares
SIGN UP NOW & STAY LOCKED!Sign up to our newsletter to keep up to date with the latest streams, news, and events, all tailored to you.