We caught up with Ram boys and general drum & bass stalwarts DC Breaks to find out more about their highly anticipated debut album, which is due to drop at the end of the year.

Since signing to RAM in 2010, their output has been impressive to say the least (not that it wasn’t before, of course), with dancefloor stompers like Proton, Shaman and Lock In all leaving their indelible mark on clubs all over the world.

Some drum & bass albums tend to feature different sounds these days. To be honest, we don’t give a shit about interludes or anything like that, it’s gonna be straight up drum & bass!

“That sound is still going to be represented on the album, but not to such an extent,” explains Chris, one half of the duo. “We produced around 10 tracks with the Swag and Lock In vibe but scrapped them because we wanted to go down a different avenue.”

One thing that is for certain; it’s gonna be nothing but drum & bass. “Some drum & bass albums tend to feature different sounds these days” says Dan, the other half of the duo. “To be honest, we don’t give a shit about interludes or anything like that, it’s gonna be straight up drum & bass!”

Over the years DC Breaks have shown that no matter what kind of drum & bass they’re producing, whether it’s the rolling liquid vibes of Pickett Line or hard-hitting dancefloor based bangers like Gambino and Swag, it’s more often than not gold.

And considering the amount of thought and meticulous planning that’s going into this album, more classics can be expected from the boys. “There’s no point putting out an album we’re not completely happy with” says Dan. “We want to make sure we’re proud of the album when it’s released, so we’re really trying to really get each track nailed.”

“We’ve got lots of tracks in various stages of completion” adds Chris. “Weirdly, the more song-based records are easier to finish than the dancefloor ones, which we can end up tweaking for ages after first playing them out. Sifting through which tracks to use on the album is the most laborious process!”

People really got into the stuff we were producing last year, but that doesn’t mean we’re going to necessarily keep pursuing that sound.

From releases on Viper and Frequency to releases under Andy C’s pioneering Ram Records, it’s fair to say that the duo’s style has changed since their formation many years ago. “Our sound has definitely changed and evolved over the years, but that’s not a conscious thing, more the fact we’ve experimented with different styles and sounds” says Chris.

“People really got into the stuff we were producing last year, but that doesn’t mean we’re going to necessarily keep pursuing that sound; we’ve always produced different kinds of drum & bass and we’re going to keep doing that”, he adds.

This is a view shared by Dan, too: “I think we certainly established a vibe which is unique to DC Breaks over the last few years” he says. “Our sound isn’t as stamped as it is with some producers but I think that’s because we like all different kinds of drum & bass and we enjoy making all kinds of music.”

There isn’t a definite release date for DC Breaks’ debut album just yet, but we’re certain that the wait is going to be most definitely worth it. 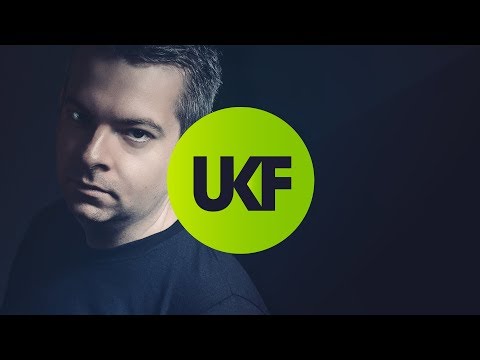