Digital has never been a man to carelessly fling out releases on his label for the sake of it. Mirroring his own productions and DJ sets, he has to believe in the music for it to even be considered for a Function release. It has to have a soul and come from a genuinely creative place.

Eschewing the idea of a signature label sound for a signature attitude, Function doesn’t operate like many other drum & bass jungle labels. The only A&Ring here is the choice of track to release (and no doubt some technical tips – Nomine doesn’t call Steve Digital ‘the bassline bully’ for no reason) As a result, the entire back catalogue remains timeless, relevant and just as hard-hitting as it was when Digital first signed it.

It’s also plastered in some of the most talented acts to ever operate right across this scene. True masters and craftsmen: Spirit, Klute, Calibre, Drumsound & Bassline Smith, Amit, Total Science, Tango & Ratty, Response and Seba are just some of acts who’ve released on Function over the last 50 releases/20 years. Many of these names can also be found on Function’s celebratory 50th release: Shadows.

One of the most unapologetic, dynamic and widescreen V/A albums to drop this year, it’s not just a snapshot of the label’s attitude or rich vein of sonics but a reflection of where drum & bass and jungle is at right now when it’s in the right hands. Featuring the likes of Klute, Need For Mirrors, Seba & JR Vallo, Kiljoy, Nomine and Calibre & Jet Li (to name a few) it’s the label’s biggest release since Digital’s last album Total Control.

His fifth LP, we included it in our essential albums of 2018 feature last year. There’s a strong chance this will be in our recommended LPs for 2019. Powerful, ageless music that digs deep into the roots but looks fiercely into the future. As we hurtle into a whole new decade, the timing couldn’t be better.

We asked Digital one of the worst questions you can ask a label bossman – to pick his 10 favourites. With such a carefully considered back catalogue, where no release is ever flung out for the sake of it, this was no easy question. Naturally he’s come back with some absolute gems.

Shadows is out now. Listen here on Spotify, buy it direct on Bandcamp and understand how we’ve reached this point with this 10-track slab of Function history from the man himself…

“Waterhouse Dub is the first release on Function to attract attention across the scene from Dj’s like Nicky Blackmarket, Goldie, Jumping Jack Frost, Storm and Andy C.”

“One of my favourite Spirit tracks gets better every time I hear it. Each time I play Ray Gun in a DJ set it feels like the crowd, and I discover it all over again.”

“When Ras 78 was released it was a big step forward for Function in creating its own identity. It was on the B-side of Raygun, too. This is a pivotal release in every direction.”

“When you’re a massive fan of a certain duo, and you get the chance to sign banging tracks from them, it’s happy days. This means so much to me.”

“The guys from Tactile are great at producing deep hypnotic tracks with energy that DJs love. They sent The Mist to me first. I was a happy boy!”

“One of my favourite releases on Function. I don’t know what else to say apart from the fact that The Dynamic just consumes me with joy.”

“Response and I loved making this track, and it was the start of a good friendship. We love jungle and feel this is it in a nutshell. This was on my Respekt Da Foundation EP that was released to mark 20 years of Digital releases. Seba then did a remix so good I had to include it on my album last year – Total Control.”

“Spirit was a remixing don! He did many and this was one of his best. His mix of Bail Out smashes up the dance every time!”

“These two artists together have me hooked. Most tracks I receive from them get played every set for an age! I love that there’s something sultry about their music. Pure soul.”

“International is a relentless beast. What an honour it is to have this track on Function, no one does it like Spirit. I miss him and his powerful music.”

Function 50: Shadows is out now 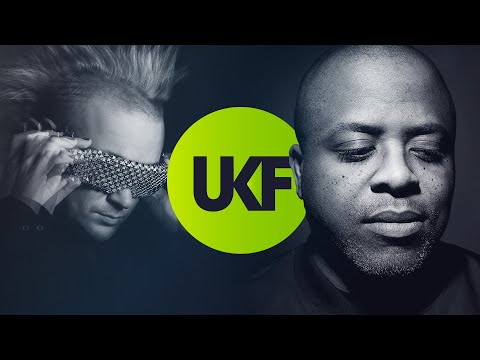 Toronto Is Broken celebrates 10 years since his first release with Move It X
NEWS
88 shares
SIGN UP NOW & STAY LOCKED!Sign up to our newsletter to keep up to date with the latest streams, news, and events, all tailored to you.