Tried and tested since the likes of 4 Hero, Roni Size, EZ Rollers and many other luminaries smelted down the two forward thinking styles over 20 years ago, the relationship between the two genres is still very much real and exciting.

Case in point: Document One.

The Oxford-based duo picked up a few ears and raised a few eyebrows last year with their refreshingly unique blend of neurofunk and jazz. If D&B wasn’t already saturated with sub-genres as it is, we’d say that this is the dawn of neurojazz…

Alas, it is, and we’ll therefore refrain from trying to shoehorn that term into the mix. What we will promote, however, is Document One’s new EP.

It’s a release that follows a similar format to their superb I Got A Fever / Follow Me dazzler from last year; a shining display of the duo’s creativity and studio nous as well as further proof that two entirely contrasting genres can indeed work in harmony.

We caught up with Matt, one half of the duo, to discuss the EP, their departure from dubstep and the future of live sets in D&B.

Hi Matt. First thing’s first – where’s Joe!?
Hi, Joe and his girlfriend are mad about snowboarding so they’ve gone out to Canada for a couple of months to cram in as much as possible.

Are you fairly piste off about his excursion?
Oh dear! It’s not too bad as he’s actually been getting more work done over there than he would if he was still in England, maybe the mountain air is improving for his productivity…

Speaking of mountains – what was your absolute peak of 2015?
That would have to be the EP. The first track, I Got A Fever, came together really quickly; it was just a swing idea that really jumped out at Simon (Bassline Smith) when he first heard it. With Follow Me, we spent a lot of time writing the whole composition but it dipped under the radar at first, but eventually ended up doing the better of the two which was really cool to see. That tune hit number one in the Beatport charts and I Got A Fever hit number three. It was nice to see people appreciating the musicality of that release, and of course nice to see both tracks doing well in the charts.

There are some serious jazz vibes on a few of your tracks; where does that influence come from?
Joe in particular comes from a very jazz-orientated background as a jazz pianist and I play several instruments too, including keys and guitar, so that sound was a big part of our background before we started making electronic music. When we released Jazz Club, people said we should carry on making that kind of stuff… so we did! It kind of came around as an accident to be honest; we were both comfortable writing that style of music so it permeated into our electronic music naturally.

Your new EP drops in a few days – how did that come about?
It has been wrapped up for a while now. One of the tracks came together really quickly over the summer and the other one took much longer, we spent a while tweaking and fiddling with it until it sounded how we wanted. We’re just really eager to get it out now. It’s really nice to have the likes of Friction on board, he’s been supporting both of the tracks on his radio show. I think the response to these two tunes has been the best we’ve had so far; lots of people have been hitting us up and saying they’re fans of it which is really exciting.

You started out as dubstep producers and then switched things up to D&B – why is that?
The likes of Benga, Skream and Digital Mystikz were in their prime when we started out so dubstep sounded really fresh – it completely captivated us and we just wanted to be a part of it. But then that sound kind of ran its course for us, I wouldn’t say it has run its course altogether because there are still guys making some really good stuff but we just felt it was time to move on, and because we had such a big love of D&B as kids we decided to start making that instead. I guess D&B got put on hold when we first heard dubstep but now its in a really good place so it was an easy switch.

Were any dubstep fans disappointed by your change of heart – and sound?
There were some people who were a bit disappointed but it’s impossible to please everybody, especially in underground music. A lot of people have been cool about it but we do get the odd person who seems to hold it against us. When people say stuff like that we just feel like saying “move on, that was three years ago!”

You signed to Technique very quickly after making the switch to D&B. How did you fall into the attention of Drumsound & Bassline Smith?
We had played a gig or two with them in the past so they were some of the first label owners we had a direct link with. We’ve always been fans of them, as well as Tantrum Desire and a few of the other Technique guys. We sent some tracks over to Simon and he came back with a really positive response and said he had a few ideas in mind for us, so it was a no-brainer, and we’re really happy with how it’s gone so far.

Can we expect to see your live show reappear any time soon?
We’re working on it at the moment. We took a bit of a hiatus from it and the last time we performed it was probably when we toured with Modestep quite some time ago. Dubstep was in a weird place when that tour ended so we put the live show on the back-burner and focussed on making music instead. Now that we have a fairly big selection of D&B tunes, we want to find a way of making it really interesting in live format. Making a live show is a really long process though and is basically a massive case of trial and error, taking certain features out, seeing what works and what doesn’t. It’s definitely a work in progress…

Do you think live shows have a future in D&B?
I hope so; I think they’re amazing and I say fair play to any producer who gives it a go because it’s a big risk. They get more shit than they deserve in my opinion. As it’s dance music, people are all too quick to slag live shows off, accusing the artist of just standing there pressing buttons. If you’re trying to push something forward and be unique you should be respected, not automatically dismissed. I’d like to see more people do it but whether or not they will I’m not too sure; DJing is the norm for this style of music and that’s not going to change any time soon.

How do you work as a duo – what’s your method?
We tend to send projects between each other more than getting together in the same studio. We’ll get together about once a week and discuss the projects to see if they’re going in the right direction and share ideas – you can get a little bit bogged down working on your own for one week so it’s good to meet up regularly. We know that being in the studio isn’t always the best way because we get far more done when we’re working individually – but we do like each other, honest!

What’s in store for 2016 – can we expect an album?…
There’s no album lined up just yet but it’s something we’ll definitely discuss later this year. I’d love to see this EP do as well as 2015’s release but if it doesn’t that’s cool too because we’re aware you can’t always maintain something, especially in the ever-changing world of D&B. I think there’s going to be a Technique compilation with lots of new music on which we’ll hopefully feature on – watch out for that. We’ve found a mini-niche with this jazz sound and we’re going to see how far we can take it.

Everything You Need To Know About: Document One’s debut album
WORDS
56 shares 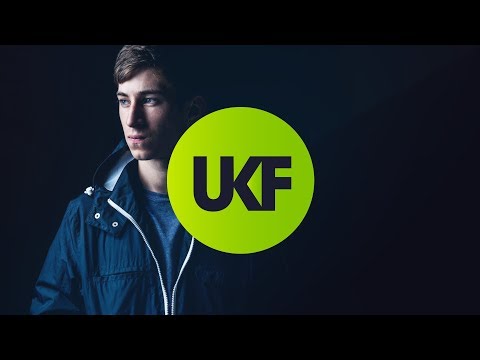 Joe Ford x Document One – Care For Me
AUDIO
1 shares