Dave Nardolilli, better known to his legion of loyal bass music fans as Dubloadz, has come a long way in a short time. In 2013 he was merely another obscure name lost amongst a raging sea of hopeful dubstep musicians. 2015: he’s now an exciting name in a much larger ocean of electronic artists.

From his Savage Wonk days (which he insists are now behind him), to his more recent attempts to branch out into other genres beyond dubstep, Dubloadz has consistently demonstrated he can rise to any challenge. With his Jugular and Chug Chug EPs already stashed in his back pocket, the New Jersey native has now shifted his sights toward his largest release to date.

Now signed to Disciple Recordings, the Lost In The Sauce EP showcases five very formidable bangers. As the thriving label’s latest acquisition, Dubloadz looks to solidify a roster that already boasts a wealth of talent. We recently had the opportunity to catch up with the man himself and here’s what was on his mind.

I’ve been in touch with the Disciple guys for a while, but we couldn’t make the official announcement about me joining their team until the EP was finished. They have a strong team of artists and a lot of huge things lined up for next year. Artists like Barely Alive and Virtual Riot are going to turn things upside down, I’m really happy to be a part of an amazing family of producers.

With 2015 almost in your rearview mirror, let’s take a moment to reflect on the year that was. What are your largest accomplishments and favourite memories from the past year?

It was an awesome year. I accomplished a lot of things I honestly didn’t believe I could’ve done on the second year of my career. From signing to Disciple to playing the Bassrush Stage at EDCNY, to touring Australia, I got to watch my dreams come true. I just made the move to LA as well. I’d say that’s the largest accomplishment of all; it’s a great feeling knowing I can actually afford to live where I want to live and enjoy myself just from making music and playing shows. Crazy year for sure.

Pretend I know nothing about dubstep. Now, define the term ‘savage wonk’.

Savage wonk is a name I gave to my sound because it’s just that: savage and wonky. It’s funny because my music sounded a lot different when I used to call it savage wonk. I always used to think of my older stuff like Whoa Dude and Hoodlum Havoc as savage wonk, but I don’t use the term as much anymore. I’ve kind of just shortened it to calling everything wonk or wonky now. My style has changed but the wonk terminology has just stuck.

Your Lost In The Sauce EP seems like one of your more diverse releases to date. Do you agree with that sentiment?

I wanted to do a little bit of everything and show that there can still be a lot of diversity in dubstep, but also start introducing new genres and ideas. I also wanted the EP to be more musically structured than my older stuff. In the past I wrote the songs one by one and different labels chose the ones they wanted. In this case I was writing the entire EP as one piece of music in oppose to just writing songs individually. I wanted it to cover a spectrum of new ideas without losing my sound. Developing a sound that I can call my own has been really important which the Disciple guys all helped a lot with.

Okay, I know it’s a touchy subject, but somebody has got to bring it up: house music. Many of your biggest fans are staunch dubstep supporters (myself included) and haven’t exactly been receptive of your non-dubstep productions.

Simply put, I can’t process why any musician or artist would want to lock themselves into one genre or style. I think what makes a good musician is having their own unique sound that’s distinctly them but still being able to apply it to a large spectrum. I think people misunderstand that. Having your own sound doesn’t mean having a few synth patches and reusing them in 20 different songs. That’s just repetitive and boring. Your distinct sound needs to progress and evolve without losing its core. If your sound stays the same your fanbase will stay the same. It won’t expand and eventually they will get tired of it and move onto the next new thing.

I feel like a lot of dubstep artists are stuck in a hole where they can’t progress because they’ve been doing the same sound for four years now and won’t push outside their boundaries. You can’t expect yourself to progress as a musician if you don’t allow yourself to be inspired by things you might not have been inspired by before. I want to reach a new demographic while keeping my old fans happy and converting the closed minded people to people that enjoy the music for the music and not what subgenre it is.

Let’s talk about What’s Poppin?. I won’t lie, at the 2:00 and 4:30 minute marks, I lost my mind for a good moment. What has producing house music taught you about the genre itself? And does the production process differ at all from dubstep?

I’ll be the first to say I haven’t fully found my niche in house music yet. I love What’s Poppin but I can’t just write a house track that’s my style and make it work easily on the spot. I wrote four other house tunes that didn’t make it onto the EP and I was really excited about them when I was working on them but listening back now I don’t think I succeeded in the sound I was going for. The production process is definitely a bit different but I try to just think of everything as music now instead of “I’m going to produce a house song today.” But like anything, the more you do it the better you get. I’m sure 5 house tunes from now I’ll write something that I’m really proud of.

Ruff Stuff is my personal favourite. It’s tracks like these that make me believe dubstep is still alive and well. What was it like to construct a collaboration with such a wickedly talented individual? Also, do Trampa and yourself plan on working together again in the future?

It was awesome working with Trampa. We met in Perth back in February and he’s an awesome dude. Referring back to what I was saying before about having your own style but still constantly pushing the boundaries of it, Trampa has succeeded. You know a Trampa track when you hear one, but he’s still always expanding and progressing his sound. I wanted to collaborate with a producer where the result would be a song where both of our distinct sounds shined through and I think we did it exactly how I could’ve imagined. Hopefully there will be more collabs from us next year. Who knows!

Dead as fuck. Just kidding. It’s hard to say really. Depends on how many dubstep artists want to step their game up and keep it fresh. It’ll always be a huge part of the EDM community, but I see it being blended more and more with other genres. By itself it’s a lot weaker than it is with other genres mixed in. Artists like Snails and Jauz and Funtcase are doing it right. When you see their sets you get a huge chunk of amazing dubstep but you also get trap, D&B, house, and different hybrids of all of them. Give me variety!

Your live sets consistently feature music from some of the more notable names in underground dubstep scene. Whose tunes get you the most hyped at the moment?

Virtual Riot is destroying the game right now. Everything I hear from him is 10/10. Rickyxsan as well. Both of those dudes are gonna be huge next year. I always need to shout out young Phiso as well because his tunes always completely destroy in my sets.

Yeah, I’m fairly keen on Virtual Riot and Phiso myself. So, what’s the next move for Dubloadz? Where do you go from here?

I’m already stacking a load of new tunes for the next EP. Also doing a few remixes I’m excited about at the moment as well as some sweet collabs that I can’t reveal yet. There will definitely be a full length album at some point next year and it’ll cover all different genres and sounds. That’s something I’ve always looked forward to as an artist but it’s just about the timing. Next year is the year though. I will continue to make all different styles of music but dubstep will always be at the forefront. And this time next year? Hopefully I’ll be up in the top tier spinning alongside my idols on the biggest shows. If this year exceeded my expectations as much as it did, I can only hope next year will even more. 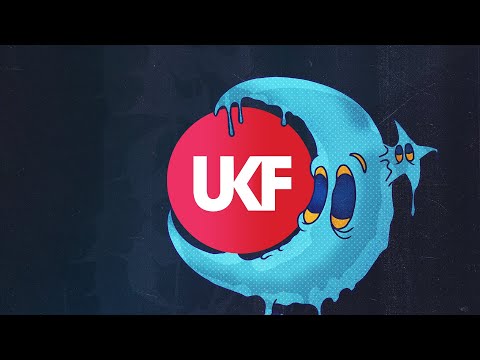 Dubloadz – Night Mode
AUDIO
0 shares
SIGN UP NOW & STAY LOCKED!Sign up to our newsletter to keep up to date with the latest streams, news, and events, all tailored to you.