I know that not everyone likes MCs. I’m acutely aware of that before every show. I always go into every show thinking ‘a lot of people in this room don’t want me here’

Whether you first heard him on Brown Paper Bag, one of the many million Krafty Kuts mixes, The Nextmen’s albums, Caspa’s album or seen him hosting nights like Hospitality, performing with pretty much any of the best D&B DJs, Dynamite MC is one of the most well known and distinctive hosts in the bass game.

He’s one of the most decorated, too… Alongside Reprazent he’s won Mercury Music Prize and a MOBO while, as a solo MC, he’s won the Drum&BassArena Best MC Award twice (and as recently as this week)

Today he drops his album World Of Dynamite. A hybrid of old and new, World Of Dynamite was originally released in 2004 but now comes updated with a wealth of new tracks, it features 30 productions from the likes of Marky, High Contrast, Andy C, Dillinja, Zed Bias, Zinc, Roni Size, Danny Byrd and many more. Ranging from classic smokers hip-hop to floor-shredding drum & bass, the concept is essentially Dynamite’s ultimate night out with every musical, and lyrical, twist and turn along the way

We caught up with him to discover why the album is being re-released, why he refuses to resort the tiring MC badman clichés and why every show is approached like a battle to be won…

Why are you re-releasing World Of Dynamite now with new music… And not just writing a brand new album?

Because it hasn’t been released digitally for over 10 years. There was a complication with the ICRS codes so it was taken off iTunes. I really wanted to get it back online and had loads of new material from various solo and collaboration projects so thought I’d do a new deluxe bundle with all the new stuff. It’s a starting point for people who may not know me or don’t know that I did an album all those years ago. Or a chance for people to grab those old tracks that have been available for so long.

That must have been pretty frustrating, having it taken down off iTunes!

Yeah I guess. But I’d rather focus on the positives. I’ve always looked forward and focused on the new projects so it never really got to me because I’ve been so busy. But, chatting to younger artists who I work with regularly, and I realised loads of people didn’t know I had an album out at all. So conversations like that – and the fact it’s a big body of work with some very talented musicians – inspired me to do this.

Totally! I didn’t know these guys half as well I do now but I’d worked with them to varying degrees at the time and really wanted them to play a role in the concept. The whole idea of the album is the perfect night out; imagine a night out with Skitz, Marky, Andy C, High Contrast and Zinc all playing? A varied line up, for me, is a perfect event! And now we’ve got the new names on board making it an even bigger, better night out.

Who are the producers behind the new tracks, then?

Zinc is back on a track called Music.

Yeah, he’s so versatile! I played this to Camo & Krooked the other day. We play Guess The Producer quite often and they always win but this time round they couldn’t tell. Which I thought was great.

Did you ask Zinc to make you a hip-hop track then?

No no, I never brief a producer. He sent me the track and I responded to it.

That’s the nature of an MC isn’t it? You work with the material you’re given. You react and add to what is playing already…

I’ve never thought about it like that but yeah, you’re right. I’m a reactive songwriter and entertainer. I like that. Almost every track on the album is done in that way.

Who else is behind the new tracks then?

Danny Byrd is on the controls for King Of The Stage. It’s a really interesting track; it’s a melting pot of trap, dubstep, big room, hands in the air. Danny smashed it there.

I never would have guessed that was Danny Byrd. So do you find a lot of producers respond to your requests with something really different?

I hope so! I’d like to think that producers feel confident enough in me that they can give me something that’s out of their usual range or comfort zone. I’m glad you can’t spot who’s behind the tracks, I want people to sit there and think ‘okay, that’s interesting, this isn’t usual’. Otherwise it’s just doing the same old thing, right?

Blame did Best In Me which is quite poppy as I’ve been exploring choruses and harmonies and songwriting techniques. Tell Me is by Zed Bias who I have a lot of respect for. Bounce is by Sinden and Switch who used to be in Major Lazer. There are loads of great guys on the album. Plus the Krust remix and a previously unreleased VIP Dillinja remix.

Yup, play it in 10 years time and it will still melt your speakers! I included some of the remixes because the new material isn’t quite so D&B heavy and a lot of people know me for drum & bass. I didn’t want them to be like ‘oh man, where’s the drum & bass?’

Do they? I associate you with loads of genres… Breaks, drum & bass, dubstep, hip-hop. You’ve never been stuck in one genre.

I do love to move around. I’ve been working with Krafty Kuts for a long time. I’ve done a lot of tracks with Skitz and Nextmen and last year I did an electrohouse track with Dyro so yeah I’ve done lots of different styles but if you see me in the club then it’s likely to be D&B over other genres as D&B events book more MCs. And those guys in the crowd might not know my discography and it would be great for me to show my musical interests and abilities.

Yeah totally. In fact drum & bass is a tiny bit slow for me to do the hip-hop flow that I really love. 100-110 is my perfect tempo. It’s heaven.  170 kinda feels a bit slow as that’s only 85. I know you can go double time but you can’t do too much of that because it feels a bit jump-uppy. Whatever genre or tempo it is, I just try and tailor the wordplay, the pattern, the speed and the range to fit the track I’m working with. I think that’s why I work with so many different artists; I love the challenge and I love seeing how I can complement the track. Less is always more and you can never overcook it.

The less-is-more approach is the same on stage I’m guessing? It’s quite selfless. You’re always there to enhance the DJ who’s the main name on the bill…

Yeah totally. I always respect the music and the DJ and make sure I’m enhancing the experience and everyone is having a good time. I know that not everyone likes MCs. I’m acutely aware of that before every show. I always go into every show thinking ‘a lot of people in this room don’t want me here’ Not in traditional UK clubs where MC culture is accepted and appreciated  but clubs further afield or a little off the beaten track aren’t as appreciative of MCs. So I have to win those guys over, and I can only do that very gradually, confidently with humour and eye contact. I can’t just go in with a heavy mile-a-minute bang because their opinion is justified.

That’s really interesting. DRS said the same thing with his debut album I Don’t Usually Like MCs, But. Let’s face it, though, some MCs do just go in with too much of a bang…

Absolutely. DRS nailed it perfectly with that album title. I’ve had that comment many times myself and it’s beautiful. But there are many different styles and ways; you have those nights when five or six MCs are all barring and going in hard on the music. In those instances the music is second place and the crowds there are into the MCs. They’re listening, they’re learning the words and they’re participating. But if that’s your first experience of MCs and you don’t like that, you’ll think we’re all the same. MCing is still a dirty word because of this. So, even after all these years, I still have that feeling that people don’t like me. Luckily, drum & bass is a very positive scene – more so now than ever – so I find most people get into it quickly, if they’re already into it. Hospitality nights, for example, are 100 per cent positive and love.

Positivity is a key theme in your lyrics; you’re not on that boring aggy badman crime flex like a lot of MCs…

That’s me! I made a conscious decision to do this at a very early age. I’m not running in a gang. I’m not selling drugs. So, pardon the expression, but I am keeping it real. That’s why doing tracks like No More with Roni Size is really important; standing up to gang mentality and violence. I only ever want to push positivity and hope.

While winning over haters….

Ha yeah… But I’ve been doing that all my career! I remember my first tour with Die and Krust in the USA back around 97 or 98. We had to win people over with the sound of drum & bass. They’d never heard it before and we were supporting a rock band! Not full-on thrash but very much in that field with live instruments. They were called Soul Coughing and the drummer had heard drum & bass and really loved it so requested came over to support them.

The audiences did not know what hit them. They stood there looking at us like we were lunatics, shouting ‘go home!’ and throwing bottles. We were in the trenches! But 20 minutes in a few people were dancing, half hour later more people are dancing and by the end of the set we had most people dancing and asking us about the music later on. So that’s the mentality for me; that’s how hard I fight for the music I love… And hopefully I’ll never lose that fight!

Dynamite MC: World Of Dynamite is out now: Support 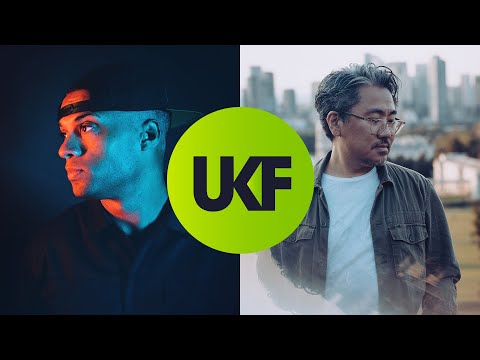 Dyro – Against All Odds (Ft. Dynamite MC)
AUDIO
307 shares
SIGN UP NOW & STAY LOCKED!Sign up to our newsletter to keep up to date with the latest streams, news, and events, all tailored to you.