Unless you’ve been living under a rock for the past few months, you’ll know that Etherwood has just dropped his second studio album Blue Leaves on Med School. But it doesn’t stop there…

Is a third album on the way? What will Etherwood work on next? We caught up with him to find out more…

You just got back from Bestival – right?

Yeah I did. We were only there for about two hours so it was a proper in and out job! It was a good vibe though – with festivals you never really know who are the Hospital fans, the drum & bass fans or who’s just turned up cos they were in the area. It was cool, though. I really enjoyed it.

Love the new album. Obviously it’s all done now, how long were you working on it for?

Basically since the first one was finished! I pretty much got straight back In the studio. When you’re been working on the same songs over and over again you can be pretty desperate to get writing some new material. I think it must’ve been towards the end of 2013 when I started it though. I remember Tony (London Elektricity) telling me “don’t take your foot off the gas just because your album’s finished” – and telling me not to stop writing tunes.

With the first one I had a lot of tracks lying around that I could finish for it – but with Blue Leaves I pretty much started from scratch… This time I had a real direction though – I knew exactly what I wanted it to sound like, so that was quite cool.

Where did the name of the album Blue Leaves come from? Was that a sort of connection to the first album’s cover?

It was, yeah. There’s always been this sort of element of nature – and I was born in the countryside as well. It definitely doesn’t have an urban feel to it. I wanted it to have that sort of leafy wildlife-y element to it as well… I think that image has kind of been synonymous with my name. I remember walking through the park with my wife talking about names for the album. We thought of Brown Leaves at first but that seemed a bit dull! Then I thought of Blue Leaves – which was more interesting with the way it connected to being and feeling blue.

It wasn’t a strong theme but I do think it worked quite well, with a lot of the tracks on there being quite sombre. Visually, we thought it would really work as well. Ricky Trickart did a banging job on the artwork and it really came together!

And were there any massive hurdles you had to overcome whilst you were making the album – or did the whole process come together pretty smoothly?

I think the biggest challenge for me was trying to outdo the first one! Once you’ve got that album out you’ve set up this sound that people know you by. It was a case of not going too commercial and not making those radio plugging singles. Being a DJ as well – I think there could have been a tendency to make more clubby tracks as well – and although some of the songs are a little bit like that, the biggest challenge was trying to stay true to myself and my sound – and just keeping my head down, making the music that I wanted to write.

There are some great collabs on the album too. I love We’re Nothing Without Love with S.P.Y in particular. Could you talk about how that track happened?

All the collabs on the album are from people that I really respect like Logistics, LSB and Carlos (S.P.Y) obviously. As for this particular track – I had the piano and the vocals but I didn’t really know where to go with it. I thought SPY’s trademark sound would really go nicely with it and take it to the next level. I sent it over to him and got it back a few days later with three different versions which was mental… We ended up using a sort of combination of two or the versions for the final track.

With your vocals on the S.P.Y collab and a few of the other album tracks too, have you ever considered going more into the vocal side of things?

Doing it out of a drum and bass context would be really cool! I’ve never exactly classed myself as a vocalist though – more of a songwriter. I don’t want to sell myself short but I think my voice mostly suits my music and only really works with certain types of stuff. I’d be more than willing to give it a go if people approached me though – so maybe in the future yeah!

So you said you collabed with a bunch of producers you respect on the album – but if you could pick two people to collaborate with (not necessarily D&B) then who would you choose?

I don’t think it would be drum and bass! There’s this guy called Jimmy LaValle who produces music under the name The Album Leaf. He’s a guy I’d really like to work with. I’ve always loved his sound. His stuff’s really chilled out, very slow, quite acoustic. I think the other one would have to be Thom Yorke from Radiohead. The guy’s just an absolute genius. I can’t even imagine what it would be like to be in a studio with him. Pretty intense I guess! It would just be a real experience to work with him. What a hero…

Amen. Back to the actual album – the final track on The Last Hour has a more classical vibe to it. Have you ever considered making more stuff like that?

Yeah! That’s my favourite track on the album. Before I started making D&B I used to make very soundscapey, drumless, very guitar-heavy music – very atmospheric. I’ve got loads of stuff on old hard drives like that that I’ve never released. I find it comes very naturally to me and flows really easily. That track started with the piano, then we put the strings in which were recorded live. You can’t beat the sound of real strings – they always trump any software out there. That is something I would like to do more of though. I don’t know if it would be under another alias or as a live thing – but it’s something to think about.

As for more upcoming music – can you talk about anything else that you’ve got in the pipeline? I know you’ve got a remix for Enter Shikari coming up soon…

Yeah! That remix is for a track called Never Let Go Of The Microscope. I know Rou is a big drum and bass and Hospital fan – so they approached us about doing a remix album. The remix I ended up with is probably a little bit darker and techier than stuff I’d usually do. As for other remixes, I’ve just done one for Philip George, and another one which I can’t really talk about!

And any collaborations on the way? I know one a lot of people have been hoping to see a track with Keeno…

I’ve seen that a lot too! Will is a really talented guy and I think that would really work – although it could end up sounding like either one of our tracks really. I’d really like to work with Tokyo Prose too, and also Technimatic and Ulterior Motive. I’ve been sending little bits to various people so we’ll see what happens there…

I can’t say much – but for the next album we’re looking at putting a sort of live thing together. I’m looking at writing stuff for more of a live context which would be awesome. With that stuff you can really go in on the intros and outros and have these huge soundscapes – which would be amazing. With these things you never know how long they’ll take – so I don’t want to get any hopes up just yet! 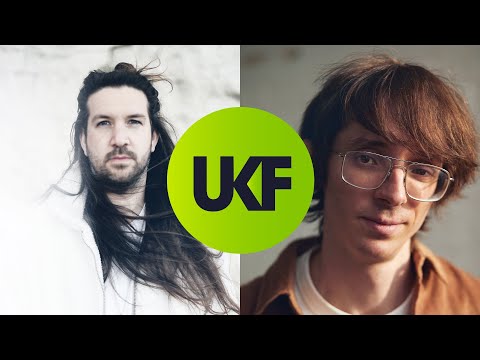 Etherwood – Nebula (ft. Fred V)
AUDIO
0 shares
SIGN UP NOW & STAY LOCKED!Sign up to our newsletter to keep up to date with the latest streams, news, and events, all tailored to you.