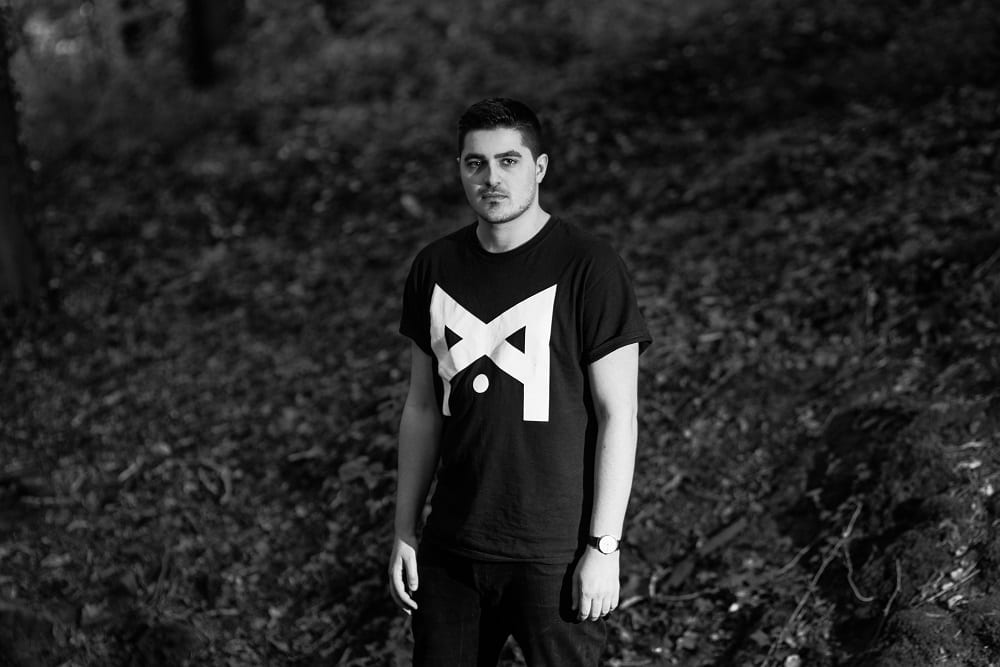 Could 2017 be Emperor’s most prolific year to date?

Shouldn’t tempt fate… But the releases so far do speak for themselves: Two weeks ago, Critical treated us to a Dispositions LP remixes EP while March 17 sees the release of his four-track Shadow EP

Not only is it his first batch of original material since his album, it’s his first release on Neosignal since releasing on the label’s sister Neodigital in 2012 and it pops. We premiered the first track to be revealed so far – Defect…

A welcome return to one of the labels that played a role in his earliest foundations, the message of Emperor’s signature heaviness runs consistently throughout the Shadow EP. Notably on the net-yet-revealed Calypso, a system-melting tune he describes as a homage to Fresh’s benchmark-setting Heavyweight. Yes it’s that good.

Really well thank you, I’m really excited about this year. Lots of new material in the works, and I’m just happy to be on a good production streak again!

Emperor on Neosignal… It’s like 2012 all over again! How did this situation come to be?

Yeah, I’m really glad to be working with the Neosignal guys once more. We’ve always wanted to work with each other since the Neodigital release, but it was just about finding the right time. Obviously working on my album took a while, and I couldn’t really focus on other projects, but since then I’ve had some time to think about some new ideas and it’s all come together really naturally. Working with Flo and Michael is always a pleasure, really great guys who I respect a lot.

Five years is a long time in this game – did you feel it was time to update what you’d done on the label with the skills you have now?

It feels odd saying that, I had a conversation recently and realised I haven’t actually released a huge deal of music in those five years! It really hasn’t felt like that long at all and I still feel like I have so much more to create.

I think Dispositions solidified where I was at that time, and I think now is the time to branch out into newer ideas with my music. I wanted to create something a bit more modern with this release, whilst maintaining the atmosphere and feel of my usual works.

Besides the EP with Mefjus this is the first new body of work since the album isn’t it? What did you learn from the whole album experience and does the first body of original material after an album come with any additional excitement?

Yeah it is. It was definitely a huge learning curve, an album is such a daunting body of work, and there is a ton of internal pressure to get it right. For a while it hindered my work-flow a lot. I got into a really negative head-space and things didn’t really work in the studio, I wasn’t confident in what I was doing at all. But after realising that it didn’t have to be so stressful, and that in my mind the ‘statement’ of an EP or LP can be the same. The only difference is that you have more room to express it, things started to flow again.

This time around I wasn’t thinking in the same way, as the early album stage so it felt a lot easier as I was more focused on what I wanted to do. I started to feel that excitement again, definitely.

Calypso is a STINKER… Care to explain how something so devilishly dark and twisted came into existence and share any inspirations or moments of enlightenment along the way?

Haha, thank you! It’s one of my favourites too. It’s a little homage to DJ Fresh – Heavyweight, which is one of my all time favourite tracks. I’ve always had fun playing with different resonant modulation on basses, anyone who’s seen me stream has seen me boost certain frequencies to bring out particular resonances, but as this particular sound was made in Serum, the modulation was different every time I played it, during the track the resonances dip in and out, which makes it sound ‘alive’. Usually I would prefer to control it, but it’s definitely an untamed beast!

Why the hell does Defect stop so abruptly??? What type of devilry is this?

Somebody noticed! Originally I put in a huge outro with loads of melodic bits, but it didn’t really fit with the track, so I took it out. Also it kinda’ plays into the tune being a Defect in itself, and the abrupt finish is just a crash or something. Totally intentional. Honest!

Let’s not single any one tune out though eh? The whole EP feels like the right balance of old angry fizzy Emperor with the slicker, stripped back sense of funk you’ve developed…. Am I right or even partially close with this description?

I hope so. I can see this release as having conflicting views, as it is very different from my usual stuff, but hopefully I’ve struck a balance. I just want to keep progressing and moving with the times, and make some exciting music. Hopefully people see that, the response so far has been great so I’m excited to debut the rest of the EP!

Which track was the hardest to lock down and finalise?

Most of the tracks were relatively stress free, which is unusual! There was one track that was meant to be released on the EP which unfortunately become corrupted and we had to scrap it, the same actually happened with Tireless, however I’d already bounced out the masters so there were no issues with that. In Shadow it was hard to nail the intro, It was tough to get the melodic elements to fit into the main section of the track, it was either too sudden, or too obvious. Misanthrop actually did a little mock-up intro which helped a lot, and then we finalised it and wrapped it up pretty quickly.

The rest of the EP will be going live soon, I’ve worked really hard on it so I hope people like it. I’m playing b2b Mefjus on Friday in London for 15 Years of Critical which will be an awesome show. I’ve been working on lots of Monuman stuff, Emperor stuff, and I bought a seven string guitar so there may even be a heavy metal project coming up as well. Keep your ears peeled!

Who The Hell Is Yours Truly?
WORDS
49 shares