Black Sun Empire’s sixth album is finally upon us: The Wrong Room

Buckle up: It’s every bit as high impact and far-reaching as we’d hoped since we broke the news of the LP’s imminent arrival in January with epic piece of tech theatre The Veil (with Noisia)

14 tracks deep and sporting major league collaborations with the likes of their protégé-turned-posterboy Pythius, longstanding mates and collaborators State Of Mind, fellow heavyweight kindred spirits Audio, Prolix and many more, The Wrong Room is another 100% drum & bass exploration that takes in elements as broad as metal and trance and works well as an entire experience just as much as its components will smash clubs and festival arenas throughout the year.

It’s also the longest the Utrecht trio have ever spent between albums. Previously running on a two-three year cycle between long-players, this one has been in incubation for five years due to the rapid development of their Blackout brand and increasing demands on their schedule. The wait has been worth it.

But where is this wrong room? What’s inside it? We have questions, luckily they have answers. Read on for Black Sun Empire’s most extensive interview about The Wrong Room so far…

From The Shadows into The Wrong Room… And the busiest/craziest five years in Black Sun Empire history in between, perhaps?

Rene: Definitely. We were very busy, busier than we had been in years, after From The Shadows. That continued to build right up until we took time out to do the album last year.

Micha: Yeah it did go way beyond our expectations. We were lucky on the timing. Dubstep was saturated and people were ready for a full-on drum & bass album again. It was on the Beatport charts for a very long time and in the top three best-selling albums across all genres for that year. We were like woah what’s going on here?

What was your take on dubstep at that time?

Micha: That scene was saturated. It was everywhere. If you hear your mom play dubstep then for some it turns into something they don’t want to be involved in. Even though the music is cool, when it becomes THAT popular some people want to dive into something new and exciting.

Milan: It’s natural to do an album every four or so years. We enjoy them more than doing 12”s or EPs because it’s a challenge; going away, working on a whole body of work and taking our time with it, making sure it all makes sense. It’s a fulfilling way of working. But there wasn’t a specific reason to do it, it was just time. We’d done those EPs with State Of Mind and it felt right to do something totally Black Sun Empire.

Do all three of you experience that feeling of timing at the same time or does one of you usually instigate it?

Micha: I think it comes to us all around the same time quite naturally. This time it took longer between albums than before – it’s the biggest gap between albums we’ve had.

Rene: It’s the point when we all realise we’ve got around 40 half written projects and we need to finish a few of them.

Micha: Yeah an album is an excuse to finish our music! 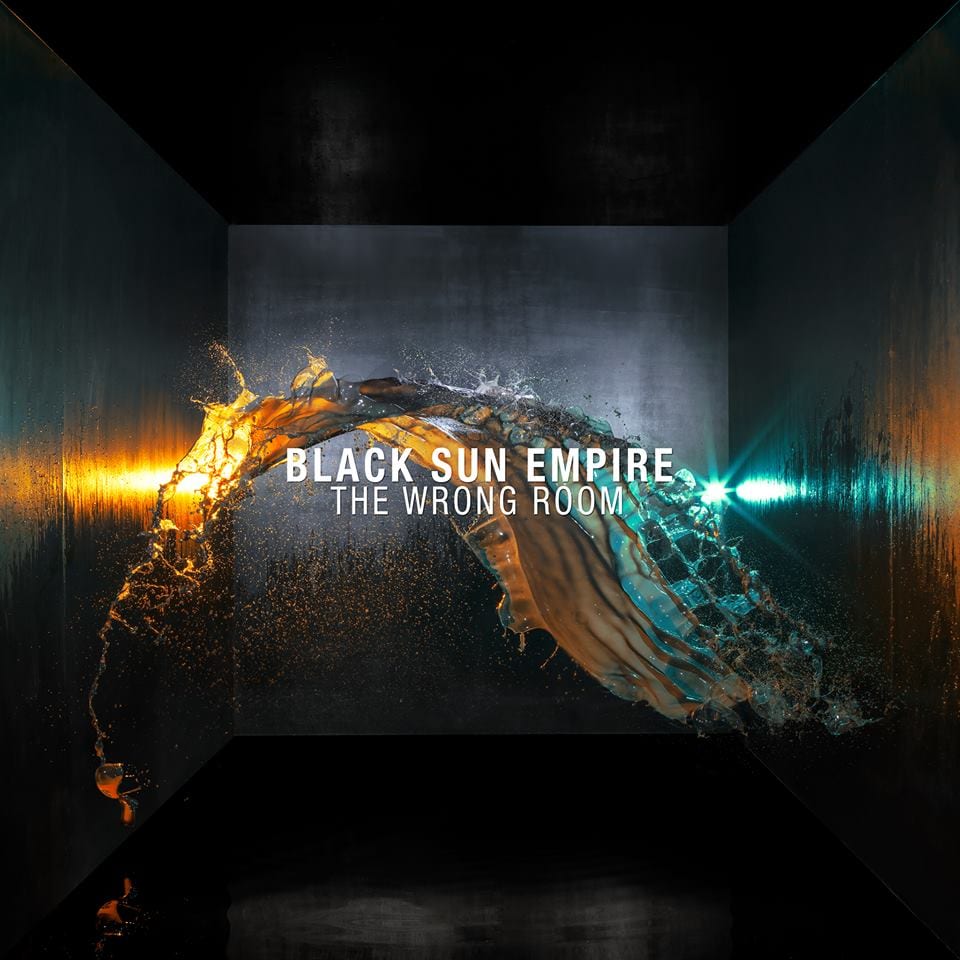 Where or what is the Wrong Room?

Micha: It’s this one, our studio. It could be your room, any room…

Rene: We like it because it means something different to everyone. The wrong room for you is different to wrong rooms for us. It’s quite mysterious. But there’s truth about it being here, or at least this building. We started doing nights here 15 years ago.

Micha: Yeah. Tivoli club has moved, so now the whole building is studios but this is where it all started for us. But as the building has changed, the vibe and purpose of it has changed so our relationship with the building has. There’s definitely an influence of that on the title.

Well it works. It sounds like you’re having a lot of fun on the album – tracks like Swarm and Stranger feel like proper mid 2000s tear-ups!

Micha: We always try to do what we feel like doing because you can’t please everybody all the time. So we make what we feel like making. We never think ‘oh shit we have to make this sound because that’s what’s blowing up for the kids!’ we just make things we really like.

Do you successfully cut out everything else going on when you’re writing an album so you’re not getting influenced without realising?

Micha: I want to say yes, but of course there are a lot of things we hear and we like. Running the label and playing alongside other DJs at parties means we’re constantly faced with all kinds of inspiring things. So I think for every producer going there will be some subliminal influence. And you have to stay relevant, too. So there’s an element of that in there, which is shown in the following we get at events. The crowd hasn’t aged, they keep being 18… Our fans aren’t our own age, which is a great thing.

Rene: But that said, if I’m honest the only people we’re trying to impress when we’re writing is each other. So we do cut out the world when we’re in that creative state in that sense.

How often is it the three of you work together in the same room? Do you have a similar set-up to Noisia with a room each?

Rene: We have separate rooms for sure

Rene: It’s healthy to not spend every minute together. It gives us time to experiment and try ideas that might not work or might be a bit different.

Milan: You don’t want people looking over your shoulder the whole time you know?

Rene: In the end it all comes together with the three of us. Naturally if one of us isn’t happy then it doesn’t come out.

How about collaborations? How do they fit into that process?

Micha: Mainly it’s one of us and the other act. If you have too many cooks in the kitchen then it gets too crazy and nothing gets decided. There’s only one mouse and keyboard.

Rene: But that takes you up to 80% of the tune. The final 20% is the three of us to make sure it’s a Black Sun Empire track.

Micha: We understand concessions a lot more than other acts. We learnt that working together and in the beginning we wouldn’t always see eye to eye on how to develop someone else’s ideas so we’ve developed a much better attitude to that. Plus there are many collabs we’ve done which have never resulted in anything, its’ the way it goes – you can’t force stuff. Being cool with throwing away a tune is a big important thing to learn too.

As you continue to be at the forefront of the genre and your following carries on growing do you feel you can you take more risks?

Micha: Yeah I guess so but taking risks isn’t a decided choice – we don’t think ‘oh let’s take some risks now!’ We just have the one rule we mentioned earlier: all three of us have to like it. Luckily there are enough people out there who agree with our decision. It’s the same with releases on Blackout. If we were more obscure or experimental then maybe that would be the case but we’re in a style of music that has a loyal following.

Tech/neuro drum & bass hasn’t always had the massive following though. You’ve been on this since day one – you’ve experienced the ups and downs, right?

Micha: True. But we’ve always had that hardcore following. Even when dubstep was really big and drum & bass was suffering we still sold enough records and got enough bookings to keep us going. Somehow we survived those ups and downs without too much of a worry.

Micha: Good point. But that was late 2000s and before the sound moved away from what we were into.

In the same ways From The Shadows came out at the right time, you could argue that The Wrong Room has too. A lot of people talk about neuro productions only taking influence from within the genre so it becomes an echo of itself. People are beginning to look for new ideas and influences. So like Scarif or the heavy metal influence on No Advance with Prolix…

Rene: Time will take care of the timing – we don’t know if it’s the right statement to make at the right time but we know we’ve spent a long time making it and it’s ready to come out. There’s a lot more competition now – there are many more drum & bass albums being released now than there were during From The Shadows. But our range of influences has always been strong since day one. We listen to a lot of hip-hop, electro, metal, trance and so on. That has never changed and we recommend everyone listen to as much music from as many different places as possible. I don’t know why you wouldn’t and you often find the best music comes from people who do love a much broader range of music.

Amen. Give me the lowest moment of the album…

Rene: There was that time when Milan was lost in the Vietnamese jungle for two years. That was pretty low.

Micha: There are always struggles. Albums drive you insane, they always will, but it’s part of the challenge. There are moments when an idea takes a longer time to come out of your head than other ideas have and the others are saying ‘come on, let’s drop it, it’s not working’ but you know it is. Those moments are challenging but it’s always worth it. There’s a tune with 30 different versions that goes into completely different drops – jump-up, techno, all kinds. Sometimes you really have to explore every idea.

You do. Time for some final shouts…

Rene: We really have to give Rutger Prins a shout. He did the artwork and I know it was a hard job for them, building a whole room to throw paint around.

Micha: It was the first time I didn’t do the artwork. It was hard to let go of that.

That must have been a big decision to make?

Micha: A really big one. I had very itchy fingers and woke up sweating worrying if it was going to be okay! Of course it was. So yeah, shouts to him and his assistant (Max Lehmann) who was happy to get splattered with paint while they experimented getting it right for weeks! And shouts to everyone else who we’ve worked with or has tolerated us for the last year. You all know who you are.