This week sees the release of Benjamin Bayeul and Charlie Dodson’s seventh and most ambitious album since propelling themselves into the murky low-end mires 12 years ago. Entitled The Origins, it’s a deep dive in a variety of ways…

Firstly, it’s a dive into their own roots; a re-exploration of the hypnotic, immersive signature that grabbed many us  years ago. Cosmic intros, otherworldly sounds, a characterful trippiness and sense of fun and adventure.

It’s also a nod to the roots of Mr Wobble, an obese superhero character. Designed by long-time collaborator and friend Ebo, Mr Wobble has played a role in their work, stories and images since Wobble Master. Now for The Origins, he’s joined by other characters and we’re given a glimpse into how their super power came to be.

Finally, the album hints at the origins of dubstep itself. Bouncy, warm, fun, mischievous and stripped back to the bare bass essentials, it captures that original pre-tear-out/brostep essence while never once seeming nostalgic or covering old ground.

The Brussels-based duo explain how they spent more time on this album than any body of work they’ve previously done before. You can really tell, too. Consistent in range and grooves, loaded with massive collaborations with the likes of Caspa, Zeds Dead, Dirt Monkey and Boogie T, The Origins is the sound of Ganja White Night levelling up in a whole new way. We called them up last week as they prepared to embark on their largest US tour to date, here’s how the call went down…

You’re in that eye of the storm. The album’s done but not out quite yet. A strange time, right?

Yeah it’s been so intense finishing the album and preparing for our biggest tour yet. It’s been crazy but the most stressful bits are definitely over. We’ve sent the album to our distributor but now it’s all about making sure our live shows are the best they can possibly be. It’s been a crazy time though and very hard work.

Tell us how things have progressed since Mr Wobble. This has been the longest between albums since you started, right?

Yeah it’s our seventh Ganja White Night album since we started and 2017 was actually the only year we didn’t release an album. It’s funny you mention the progress. Our designer last night was saying the level in production between this album and Mr Wobble has progressed a lot. It’s very subjective but to hear that from someone else who is so closely involved in our work is nice. I can feel a difference when I listen to old albums. Sound techniques evolve and the new material sounds better but I feel our ideas have always been consistent. One thing we did do was take more time on this album. We wanted to bring back some of the old magic recipe we’ve been using like ethnic vocals and long intros we used to use.

Why did you lose them in the first place?

We can bring these things back now. People who follow us enough are less likely to be pissed with two minute intros and weird ideas. We think our first albums didn’t reach enough people because we were exploring more experimental ideas. But now we have more control and a solid fanbase we can take people on more of a journey with our ideas.

You’ve always had control with your own label, though, right?

Yeah we had the control but we need to play if we want to survive. It’s about finding the balance between being too experimental and not sounding too different to everyone else.

That’s the constant challenge though, surely?

No. Right now we don’t give a shit any more – we just want to sound like ourselves.

Ha! That’s what The Origins is all about: your roots.

Yeah, going back to our original recipe. On Mystic Herbalist we used a lot of ethnic sounds and instruments to make a really colourful intro with a lot of different vibes so it’s the origins of that. But it’s also the origins of the history of Mr Wobble. Have you seen the video for Wobble Master and LFO Requiem and the teaser for The Origins tour? We’re now exploring Mr Wobble’s superpower!

Yeah it’s the tree that’s the source of the characters we’ve introduced to The Origins. Not only Mr Wobble has this power but you also have these other characters who’ve been using the power through the different ages of civilisation.

So all these stories will be revealed with videos?

That would be the dream. If we could clone ourselves and our designer 10 times then yes. These things take time but we’re working on it.

How far back does this concept go back?

Mr Wobble shows up in Wobble Master video for the first time but it’s a concept I had years ago – right after the release of Mystic Herbalist in 2013. It was an idea I had when I was listening to Endless Sky on the album and thought ‘wouldn’t it be cool to have this huge dude walking down the street and everything he touches starts wobbling?’ But that was a few years ago and the only way to do it was animation and that wasn’t in our budget. A few years later we find a way to make it happen with Ebo who does all our graphic design. He’s amazing and understands what we want to achieve. We’ve been developing it ever since then.

Let’s talk about the origins sonically… The album captures where dubstep is at. We’ve all gone back to our roots a bit?

Are we talking about the whole riddim thing?

Well we can. I was more talking about Caspa being on your album!

Ah of course! Being able to make tunes with guys like Caspa and Zeds Deads is a dream – even as recently as like five months ago if you told me we would do collaborations like that then I wouldn’t have believed you. But as for riddim thing, it’s more dubstep to me than the dubstep that happened in the wake of guys like Skrillex and Borgore. They make amazing music. But it was further away from dubstep than riddim is if you know what I mean.

Sure! Riddim is stripped back and true to the original ethos. The other side was much more mainstream, EDM style…

Exactly. So riddim can be felt in the roots of dubstep. It was in the basic code of what dubstep could be. It’s a very simple code but with a very unique sound. Very modern.

Amen. Back to the Caspa collaboration, how did it come about?

We opened for him and Rusko in Minneapolis which is our hometown in the US so we had a lot of support and Caspa caught a little bit of it. We caught up and thought about going on things together and he sent me some stems and they gave us a lot of ideas. We had a Skype call so I shared my screen and we spent a few hours working on a structure and the project and he was really happy. At the same time I showed him a picture I took of him at a show in Brussels in like 2009. The picture is of him pointing at me – it gave a story to the song the sample: finding your own way and finding your own voice.

Datsik told us about recent backstage encounter with you too.

Oh that! Yeah I remember him showing off with his Canadian flag on stage. It was packed and he was very young and had this baby face. I was super young, too. I wasn’t allowed but I went backstage and shook his hand. But when we met him at Lost Lands. I couldn’t recognise him because he had this mask on, but he came up and started talking, saying stuff about our music and said he goes by the name of Datsik. I was like ‘is that really him?’ He showed his face and I was like ‘oh nice to meet you!’ He was right in front of this speaker that was super loud and he was shouting ‘we should do something together!’ – it happened super quick.

We need to know about the Zeds Dead collaboration too now…

That was interesting. We met at some festival once and we opened for them at Deadbeats. Right after the show we went back to the green room and I got a text from them asking about going b2b at the after party. We were going to go back to the hotel because we’d had four hours of sleep but you can’t say no to that shit! We’re not into DJing that much but when it feels right we go for it! I immediately started packing my favourite classic tunes onto a USB key and that night was serious wild!

Tell us about how you perform, it’s not your standard DJ set at all is it?

No. We play live off two laptops and work with stems. One laptop is controlling the virtual instruments with the keyboard and the other one controls the live structure. So for instance, on Samurai with Zeds Dead, all the piano part in the intro is played live by me.

When we find a good spot, yes. If you take the first show of a tour and the last it’s like a whole different set because we’ve found really cool parts where we can go a little bit more improvised. We can quit the road a little bit and then going back on the rail. It’s all about finding the good balance between too much live and too much structure.

Have you always played live or did you DJ?

We had to learn to DJ because when we started we had too much gear and it would take up too much space on the stage so we couldn’t get booked. We’ve always wanted to play live much more than DJing but it’s been a case of developing it. Plus it’s not easy to travel with kit when you’re starting out because it costs more. But we’ve worked hard on getting it to where it is.

Yeah. The venues are so much bigger than what we’re used to. To have guys like Caspa, Downlink, Dirt Monkey, Subtronics and OPUIO tour with us is an honour.

What next? I reckon you’ve already got stuff lined up after the album?

We’re always working on things! We don’t have a whole EP ready to come out straight after the album. We’re going to take a studio on tour in the backroom of the bus and start producing on the road. That’s the plan. Of course you don’t know if you’re going to be tired or inspired but we’ll have some great artists on the bus so it would be a shame not to try and make music with them. It’s always great vibes if we’re rested enough. So if we have a few days of good energy something magic will happen. If we make one tune then it’s worth it.

Ganja White Night – The Origins is out now 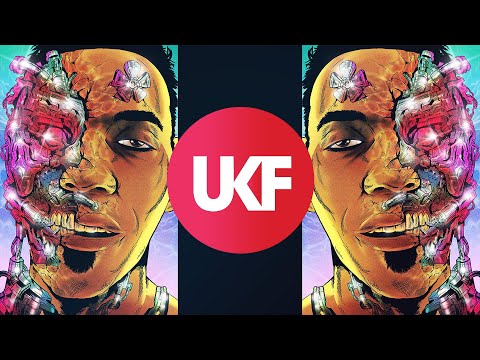 Zeds Dead & Jauz – BBC Radio 1 Dance Presents UKF
VIDEO
0 shares
SIGN UP NOW & STAY LOCKED!Sign up to our newsletter to keep up to date with the latest streams, news, and events, all tailored to you.