Hospital announced Inja’s arrival on the label last November with the single No Regrets.

Eight months, one VIP and one S.P.Y feature later and boom: his debut artist album is already upon us. It’s called Blank Pages, it’s crafted and conjured with talented producers Pete Cannon, Serum, None Decay, Whiney, Anile, Logistics and Nu:Tone (or, simply ‘gang’ as Inja affectionately calls them) and even by Hospital’s standards it accelerated from initial signing to release quicker than most new artists who join the label’s ranks.

Most importantly, though, the album bangs. Like, really bangs. From the moment his and Cannon’s hardcore intro marks the grand salvo, you just know Inja and his motley musical mandem mean business. Flowing from style to style, story to story, there hasn’t been an D&B MC album as captivating, playful and hard hitting as this since DRS’s Mid Mic Crisis.

As with everything Inja does, it’s also a very personal album. Grab the physical copy and you can read each tune’s story with his own notes, explaining the inspiration, context and background of each tune. Grab him direct and you can find out even more…. Like how DJ Die kept him alive, how the album was part engineered by the most important person Inja will ever work with and how he made sure that some of his oldest friends on the planet were involved in this album.

We called him to find out more…

This all seems very fast. You were only announced on the label a few months ago!

It’s how I like to work to be honest. How long did it take? In thought, under a year. In actual practice and execution, six months.

That’s always the biggest hurdle when you’re a writer working with musicians; getting everyone together and everything in sync. That was the longest part of it.

What was the oldest idea on the album? I know She Just Wanna Dance has had a life of its own for a long time now.

That’s one of the oldest seeds, sure, and Whiney just absolutely killed it with that one. But the oldest was Tears. That was recorded probably ten years ago. I always wanted to put it on a tune. I gave the vocal to Whiney and he did the job again! That dude just fucking does the job. Everyone on the album did the job. But the ideas I’ve had for a longer time, it was beautiful seeing them come alive.

So Tears has been incubating for a very long time!

Yeah for sure man. I was somewhere where a guy told me his story, it touched me and I explained his scenario in the song. I’ve actually written little stories for each song in the album notes. And, as I wrote in the notes, sometimes the things you write about have a way of coming true…

Yeah those stories are essentially the difference between bars and songs, right? They emphasis the meaning….

Definitely. It was nice to give each track a little more explanation. A bit of an insight into me as a writer and a bit of context. Sometimes words can go over your head especially when every track is a vocal track. But when you’re given a circumstance it can give a deeper meaning.

What’s the most personal tune to you?

Oh man! That’s too hard to answer. They’re all personal! Deeply personal. But the first one that springs to mind is Her Room. For obvious reasons.

How about the most painful one to wrestle into shape?

Highwater and Birthday Song. Both of those were written when I was in a place where writing was a saviour for me. I wasn’t feeling great at all. Regardless of what people see, behind smiles there are different feelings and emotions. We’re all humans, right? They weren’t necessarily painful to write but the circumstances were and writing them gave me a feeling of empathy and joy and having them out of my system

Very. That’s the same with everything I write. I feel in a way and I try and get that down and express that.

Not really! It just landed like that. I like to work with friends. I like to work with gang. If you’re one of my friends or one of the gang then work is going to happen. I work with certain people because I enjoy the certain soundscapes they make or I can ring them up and tell them about a feeling or what I’m imagining and they can write something that will help navigate me with the writing.

Let’s big them up one by one. Pete Cannon…

Pete is the hip hop foundation mogul! He is someone of the same vein as me and we grew up with a massive love of British dance music. He’s a super producer, he can turn his hand to anything. He’s great. That’s something I will say about all the producers on this album. None of them are scared to move out of the box and that’s so important. I want to have fun. I want them to have fun and I want to create a vibe. The finished product isn’t important during that part of the process. That’s a different decision later on. We all have to be happy with the vibes. If the initial vibe is good, then it can’t be bad from there.

I met him a long time back. I was doing a show in Belgium. He was there with Pleasure, I was hosting for some dubstep guys and they asked me to host for them, too. We made a link and said we’d work together when the time’s right. Years went by and he came to me with an idea for Red Eyes which came on Philly Blunt. Then we moved onto Blow Them Away and the rest is history…

But I also have to big up DJ Die on this flex. He’s not on the album but just as important. He got me in, Serum got me noticed, Hospital gave me the platform and now we’re here. One of them ones…. I have to go back and salute all the people who’ve helped me.

Oh man. He’s family. He’s a don. He’s helped me in so many ways and scenarios. Ironically he’s called Die but he actually saved my life. I won’t go into details, but he kept me in existence and on this earth. He’s big bro. He’s fam.

Wow. How about None Decay?

They’re very old friends of mine. One of them I went to school with. They’re gang. When the vibe for the album came along I asked them to send me some bits. I only wanted to work with gang, and they’re as gang as it gets. They sent me Highwater and it worked so well. It’s an absolute joy to get my friends on a Hospital release.

That’s what I’m saying man! Man deals with real gang. Pete Cannon is my link from my past to my present to my future. So are the None Decay guys. I was in a hip hop crew with one of them, Delegates of Culture. We go back so far. I had to involve them in this album.

How about the new gang? Let’s kick off with Whiney…

He just kills it! I did a feature with him and Hugh Hardie on Blind Eyes and absolutely loved that tune and we connected from there. Me and Whiney have done a lot of music. We get on well. And that’s the most important thing. He knows what he’s doing. I give him some thoughts and ideas and he’ll come back with some vibes and say ‘is this what you had in mind?’ and nine times out ten he delivers beyond expectations. He just delivers! They all do. Everyone is in that vein of artist. I got together a troupe of mandem who can give me what I’m after. That’s really important.

Sameish time. Logistics was actually the first person I featured with on Hospital. It was Ammunition on a compilation in 2015. That one really worked with the Hospital gang. The tune kept getting played at enough of their events and it got serious attention. If I was at a Hospital dance and I heard the tune, I’d go up and ask the MC to do it live and they’d always be kind and let me do it. So, yeah, working with Matt (Logistics) was a really big thing. And actually having him and Dan (Nu:Tone) a part of the album has been a massive deal. Dan has been my go-to guy over my whole career. When I’ve had questions about frequencies or EQs or different arrangements, he’s always been the man I’ve gone to and always learned so much from. To have something with both of them on and one with Logistics on his own has been amazing. I’ve known these guys for a long time, they’re Cambridge guys. They’ve been out there and doing their bits for a long time, cracking the whip and amazing at it and it was honourable to have them on the album.

He’s another early Hospital guy I did a track with. I’d done Ammunition then Dan rang me and said he’s working with a guy, they’re finishing his album and he needs a vocal. He sent the beat, I sent the vocal, it ended up on his album. Ever since then we’ve been talking about doing another one and eventually came up with No Gravity. That’s such a banger man, I loved doing that one with him.

So what’s next? Live shows?

Right now I’m pushing the album as possible. Then I’ll be pursuing the live show. For me, because of the frequencies we’re messing with, I want to keep it to two turntables and a microphone. That’s where I’m comfortable and that where we know the frequencies will hit like a sledge hammer every time we go live. That’s the most important thing.

What else does the world need to know about Blank Pages?

My little engineer in training. Queen Zee. She’s my amazing daughter who gets bored at home when I’m working so I’ve roped her into being my engineer. A lot of the tunes are engineered by her!

Oh gosh. Gang of all gangs!

Exactly! Family first. So yeah to have her involved in it and to be able to credit her as an engineer is very special. How good is that?

Inja – Blank Pages is out now 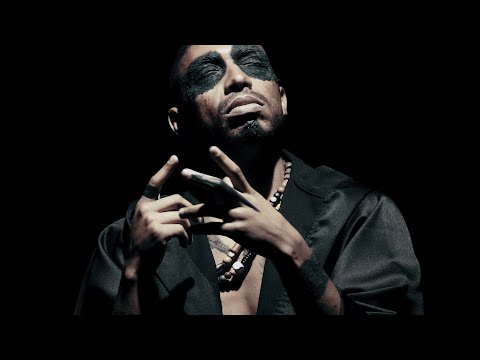 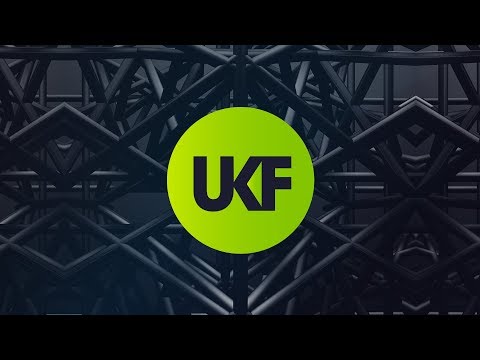