A full-on live show reboot, a new approach to productions, new artists on his Sotto Voce label, learning how to become an artistic director, recording school choirs with Kill The Noise and a singer/songwriter project he’s been doing to unwind…

We were hungry for input when we called up Feed Me just days ahead of his first London performance in almost a year. We left satiated to say the least.

Enter the competition to win a pair of tickets for his show at London’s iCan Studios, then enjoy this in-depth interview as we find out everything he’s up to right now…

Your London show is tomorrow… Excited?

Yeah it’s always nice to play in London. I’ve got a lot of live stuff coming up so it’s a refreshing change and a break from the madness of preparing the new live show.

Does a DJ set feel a bit naked compared to the live shows?

It’s just totally different to be honest. I need one to enjoy the other. The live show is very artistically interactive but I’ve always loved DJing. I’ve grown up DJing, I couldn’t imagine not doing it. Plus, to DJ in a warehouse in London is what it’s all about for me. It’s personal and upfront… As opposed to a festival stage where people are so far away they look like ants.

Exactly. I love the tangible aspect of it all. And I love the way DJing feels…

Definitely. When was the last London Feed Me show?

About a year ago. I did a few festivals. But yeah it’s been a long, long time! This is special; warehouse parties are an intrinsic part of London’s party culture. I don’t think a week goes by without one. They’re part and parcel of the city’s culture.

Growing up and going to all the drum & bass events, without a doubt: Andy C and Ram parties and right up to now, going to check out and support people like Noisia and Calyx & TeeBee whenever I can. That sound is my roots, I still love it.

I’m sure a lot of people would like to see Teeth at this show but it’s currently under reconstruction, right?

Yeah, it’s being rebuilt from the ground up. There are a lot of extra technologies and aspects being added such as lighting and certain things. To a certain extent it’s stressing me out. I’m looking forward to the DJ show; it’s taking my mind off things!

You seem to be a very hands-on type of artist…

Yes! Is that a good thing or not? I think I make things harder for myself that way but that’s what I love. I’ve always been involved in the creative process and enjoy the visual side just as much as the audio. I try and oversee much of it as I can.

What inspired the new Teeth upgrade right at this very moment in time, then? Is it your hunger for new challenges?

Building the show in the first place we had to make a lot of compromises. The first drawing I did just wasn’t possible. We’ve been working back towards that as the budget and audience increase allowing us to take it further.

How about the psychedelic journey?

I think it’s all too easy to have a big futuristic theme. I thought it would be more fun to have a cool retro visual aspect even though the technology behind it is very futuristic. That whole Grateful Dead artistry came with some beautiful screen prints and I just thought it would be a lot more striking and fun than a futuristic, teched-out rave flyer.

Definitely. Can you give me some nerdy numbers about the sheers size of the show? Weight, wires, lights, people…

Talk to my tour manager! Off the top of my head I know it’s two tonnes and there’s a crew of six people with me. But the amount of wires? I have no idea! I try and block that information out because there’s only so much I can think about. I know it’s 30 feet wide and 10 feet high…

Have you picked up any new skills during this? Carpentry? Wiring?

I’ve learnt how to become an art director, really. Having such a complicated concept, and having a team of people to communicate that concept to, is quite a task. I’ve realised that not everyone I’ve spoken to has understood exactly what I’m on about. I’m a bit esoteric and confusing at the best of times. So understanding that people really understand what I’m trying to create and portray has been a new skill. I bring in lots of reference material and take pictures of things that inspire me. It’s becoming more of a team player… When I’m drawing and making music, I’m my own engine. I don’t need to reference things or be clear to someone.

Have you got any examples of such communication errors?

Here’s a good example… By making each tooth triangular and a different size these screens had to be totally bespoke and handmade. This required ordering them from a manufacturer in China and because of the language barrier they sent £50,000 worth of screens back and every single one was the wrong size. We didn’t pay for them but we sent our guys to China to help them out. It’s this level of detail you have to factor; pulling so many different things from around the planet into one project. I get less useful doing these type of logistics!

Let’s chat about your new tunes… Two have gone up recently and there’s about to be third, right?

Hopefully. I’m still editing it now. The EP will be ready as soon as it’s ready. I’m not into big lead times and press pushes. I’m lucky to have a very involved and communicative fanbase. I can give my tracks straight to them; it feels more natural that way.

They’re the people you’re making it for, besides yourself…

Definitely. I like that, especially when I’m dealing with the slightly corporate or heavily logistical aspects of Feed Me. It reminds me of my direct artistic reasons; when people respond to what you’ve created is a great feeling.

Is that why you reply to fans a lot more than most artists on social media?

I think there’s a lot of room for more personalities in dance music. There are too many bland people operating in this game. Not to say I’m too much different but I do think it’s silly not to take advantage of having a direct way of speaking to people who appreciate what you do. I’m not a big keyboard warrior but it’s a great way to answer opinions I see expressed regularly. And I love winding people up!

Ha! Let’s talk about the specific tracks. Alarm Clock… That’s not the first time you’ve done vocals, right? There’s Talk To Me. And possibly the harmonies on Fiasco?

Good spot. I’ve actually been doing a singer/songwriter project on the side for quite a long time. It’s all unreleased at the moment. And will remain so until I’ve completed my tour. I enjoy it, it keeps me thinking of music as a broader sense of communication rather than over emphasising and over complicated the technological side of production. Bringing the song aspect back into things is important for me.

There’s a scary honesty to singing…

Yes but I wouldn’t put it out if I wasn’t confident about it. There’s a lot of recordings that didn’t make the cut. I’m aware of my own limits and use it in the way it’s applicable. I believe in what I’m singing, which is very important. It’s nice to put a literal message in songs.

I’m still defining it. It’s been a hobby for me. It’s not dance oriented. It’s quite melancholic and introspective, it’s how I unwind… I don’t watch any television so picking up a guitar and playing around in this way is very relaxing. It all starts on an instrument and builds from there. I’m a big fan of Modeselektor, Moderat, Burial and Thom Yorke. Anyone in that post garage movement is a good starting point; having that band sound without being in a band.

Can’t wait to hear it. So back to the current productions, there’s Alarm Clock, there’s Time For Myself. I’m noticing a time theme here…

You are. This is a very transitional release; it’s a key period for me, I’m considering how I perform and how the next album will progress in terms of sound. It also relates to some time off I had a few months back. I’ve been touring my whole life and really needed to take a step back and reconnect with my family and friends. Remember why I was doing everything! Then after that break I started writing again. So yeah, there’s a time theme; my progress, my journeys. The last album had a lot of direct and concise tracks. It was very dense. With this I’m trying to explore things in a different way. Each track is little trip in itself.

Nice. Let’s wrap up on a Sotto Voce trip… Proxy’s single is disgusting! Was it hard to decide what the second – and first artist-signed – release would be?

Someone gave me a USB stick of Proxy demos in Russia about six years ago and I remember thinking ‘this guy is on to something!’ In regards to the label, I didn’t want to make a big fuss. Labels don’t make sense until you’ve amassed a body of work where releases and artists complement each other. I was very pleased to get Proxy’s tracks, they stand out and there’s nothing like them around.

What else coming up?

I’ve got a full album from an artist called Zeroes from Chicago which we’re finishing up right now. We’ve got an EP from a New York artist called Tjani which I don’t even know how to describe… He’s probably got some crazy genre name for it! We’ve also signed an act called Tinlicker. All of it will be revealed soon…

Nice. Any further revelations before we go?

There’s this thing called Far Away which I’ve made with Kill The Noise. We went to a school in South London and recorded the kids singing the lyrics. I’m really excited about getting it out there… 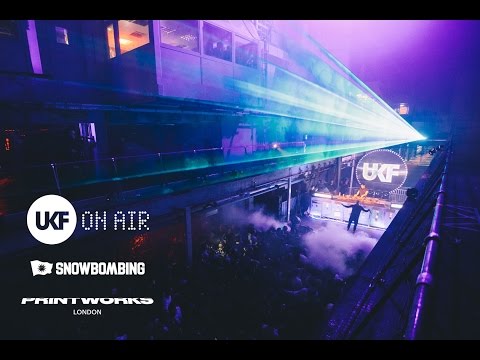