Next up in our First/Last series is Shogun Audio’s Rockwell.

You could say he’s something of a nonconformist. In recent times he’s picked up the drum & bass rulebook and torn it completely to shreds. Innovative, intriguing, complex… however you want to label Rockwell’s production style, it’s certainly unique.

I’m not trying to fit in with what people think drum & bass should be. I think if I did take less time to bang out tunes it wouldn’t be as special.

His techno influenced Detroit infamously caused Zane Lowe’s speaker to blow up live on BBC Radio 1, and we reckon his more recent releases have got the potential to cause some serious widespread speaker damage too.

Read on to find out how his first gig attracted a crowd of approximately zero and how his work is influenced by Bart Simpson!

In my opinion you can’t really experience drum & bass properly unless you hear it belting out of speakers in a club system, that’s the way it’s supposed to be.

The first time I ever DJ’d in a club was in a place called Arc Bar in Bristol and there was literally nobody there! I played loads of really horrible hard records, which is probably why people didn’t want to come… It was a pretty hard warm-up set for a night a few mates put on and probably not a very good one, so hopefully I’ve improved since then.

The first time I played at a proper drum & bass night was in Cardiff for a night called Submerge. I supported Martyn back when he was still playing drum & bass and had jut been signed to Soul:r – it feels like a very long time ago now.

My most recent performance was at Fabric last Friday with Dub Phizix, Black Sun Empire and a few others. It’s always a pleasure playing Fabric. Good underground clubs are few and far between now in London, there used to be loads of good spots where you could go to midweek events but unfortunately as more and more are closing, there aren’t really any new ones replacing them. It’s pretty difficult finding good venues for drum & bass parties these days but hopefully Fabric is here to stay, God knows what we would do without it.

Aside from Fabric, I always love playing at the bigger festivals plus clubs like the Welly Club in Hull, Detonate in Nottingham plus any of the Shogun Audio club nights. I just love DJing to be honest so it’s always a privilege to be able to do it wherever it is.

The first drum & bass record I ever bought was Live Or Die by Dillinja with South Manz on the other side, which was released on Valve Recordings. I’ve still got it to this day actually, I dust it off every now and again and have a little mix with it. Nothing beats having a mix just with old records every now and then!

The first ever record I ever bought before I got into drum & bass was probably something really embarrassing. I remember having The Simspsons on cassette, I used to rinse The Bartman tune until my Walkman gave up. What a tune! I also listened to a lot of my dad’s stuff, he was into Deep Purple, YES and Stevie Wonder… a bit of cheese but a bit of credible stuff too.

If I were to get all the tunes on my computer cut to vinyl I’d have to sell my kidneys!

The last vinyl I bought was the Dead Kennedys’ box set of 7 inch singles and a Poison Idea record too. I like to listen to lots of different genres and have always been a fan of punk, especially in my younger years. I listened to those records once and then put them straight back into the special edition collector’s box, that seems to be the thing to do with vinyl these days!

I think vinyl will always be around but to be honest I think it’s more suited to genres like rock. It’s become more about collecting vinyl rather than playing it. For a touring DJ it doesn’t really have the place it used to; whenever you go to a club now there aren’t any 1210s set up and if there are they’re usually set up badly. In this day in age you can finish making a track at 8pm and play it out later that night, whereas you can’t really do that with vinyl. It’s also bloody expensive – if I were to get all the tunes on my computer cut to vinyl I’d have to sell my kidneys!

My first ever clubbing experience was in Bristol at a place called Blue Café, which I don’t think is open any more. It used to be called The Old Fire Station and they used to have events like Mutiny and other raves in there. I went to see DJ Hype and DJ Craze there,  my first ever taste of live drum & bass. In my opinion you can’t really experience drum & bass properly unless you hear it belting out of speakers in a club system, that’s the way it’s supposed to be.

I’d heard jungle on the radio and I had Reprazent by Roni Size, but listening to those records didn’t prepare me for what it was like hearing it at one million decibels with a talented DJ playing it to me. That was the moment I really realized what drum & bass was all about.

When I go out I like going to nights that aren’t drum & bass nights, otherwise I end up analyzing what they’re doing and wondering if I’d play the same tunes and stuff like that. So I like going to Fabric when there’s a techno night on or if I’m in Berlin I’ll go to the Berghain which is a wicked venue. The drum & bass events I go to are obviously the ones I’m playing at!

I remember when we used to swap tapes back when I was younger, and one day someone handed Wu Tang Clan 36 Chambers on tape. I put it on when I went home and remember thinking ‘what the fuck is this!?’  The whole album is just a serious piece of work – right from the first track until the very last. It almost sounded dangerous with that really busty production style and energetic vibe all the way through. I was probably about 15 or 16 at the time and it was all just really intriguing to me.

Recently I was having a little click around on the internet just to see what’s going on, just listening to random snippets of music. I saw FACT were talking about a label called PC Music so I went on their website and had a listen to some tracks and it’s just really weird electronic pop music. It’s almost like it wasn’t written by people, it was all quite strange and twee. It made me ask questions about who’s making this music, and why are they using that really fucked synth all the time? It’s such bizarre stuff – let’s just say it would be pretty difficult for me to incorporate the sounds they’re making into my stuff!

My first ever release was Underpass, which was released on Critical. It was a big release for me and it was the tune that kind of got me noticed. The first music I had signed was to Digital Soundboy. People on the internet started to pick up that Shy FX had signed some music from some kid who nobody had heard of and that made people curious and made people want to know if I had any other music out. When I first started producing music I never imagined I would get to where I am now, it’s still a bit of a surprise to be honest.

My latest release was 1_2_3_4 with INeedU on the flip, it’s out this week. It’s the same sort of vibe as Detroit, which was released last year. I guess it’s all of my influences coming together in one track with hints of techno and other sounds too – I just really like that vibe, it’s getting some good DJ support and people are starting to recognise it more.

It also took me fucking months to produce! A lot of people put out a lot of music but I’m not one of those guys; I don’t put that much music out but you can hear there’s a lot of work in there – a lot of production and a lot of different vibes. In my opinion, my music doesn’t sound like anyone else’s music, it just sounds like mine, and that’s because I’m not trying to fit in or copy what people think is cool in drum & bass, and I’m not trying to fit in with what people think drum & bass should be. I think if I did take less time to bang out tunes it wouldn’t be as special. 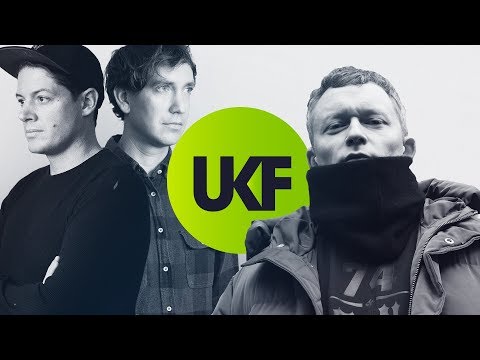 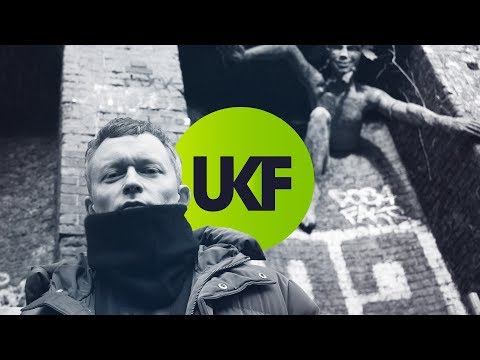