The word legend is sometimes bandied about all too easily, but for someone of Ed Rush’s stature and importance, that word is completely justified. Along with Optical, the veteran launched the pioneering Virus Recordings label and it was on that label they released Wormhole; an album still hailed as one of the best drum & bass releases of all time to this day.

Now, 16 years on from the launch of Virus, Ed Rush (real name Ben Settle) has launched a new label in the form of Piranha Pool. The news has rightly excited everyone who has any affiliation to the genre, and if the name’s anything to go by, we can expect more of the same brutal strain of drum & bass that became synonymous with the Virus imprint.

We caught up with Ben to rack his brains on what he’s got planned for Piranha Pool.

First thing’s first, why have you decided to launch Piranha Pool now?

It’s something I’ve been thinking of doing for a while now. Matt (Optical) and I have been running Virus for so many years now but I just feel it’s time to add another string to the bow. Virus has carved a real name for itself in drum & bass and I’m hoping this label can expand on that. Over the last 15 years or so drum & bass has gone full circle with neurofunk coming back in a big way, so now feels like the perfect time to launch a label focusing on that particular strain of drum & bass.

Does this mean you’re going to on more of a production hype too?

Yeah definitely. I recently moved house which has made it a lot easier to make music. I was in a tiny little flat in West London where it was virtually impossible to make tunes because it was so small, but now I’ve bitten the bullet now and moved out of the city into a bigger place in which I’ve built a little room purely designed for making music. Now that I’ve got my own stomping ground I’ve been on an absolute rampage in the studio and I’ve got a load of material which I’m just sitting on waiting to get out there. That material could easily go on Virus and that would be fine, but I’m thinking of just putting it all out on Piranha Pool to set it off with a bang.

So has your studio become more advanced as a result of the move?

I actually think it’s gone backwards! I’ve simplified it loads because the room I shared with Optical was filled with various dusty desks and outboards which we’d accumulated over 15 years or so, whereas now it’s far more streamlined. A lot of that stuff we had in our studio was broken and I didn’t want my new one just becoming a storage unit full of old stuff that has all seen better days…

Does all this time in the studio mean you’re going to sacrifice DJing?

Not really to be honest. I’m still totally in love with DJing because it’s so instant and spontaneous; you get an instant reaction from the crowd and I absolutely love that. It’s so different to writing music but one fuels the other – the more gigs you do the more inspired you are to make music and vice versa. My aim is to keep a nice balance really, I don’t want to sacrifice going out and playing at the weekend because I still get a real buzz from it. Making a huge track is all well and good but it’s made ten times better when you play it out to a crowd and see their reaction.

Have you got anything up your sleeve to really mark the start of the imprint?

Next year I’d love to do an Ed Rush album on Piranha Pool because I like the idea of a purist artist album. Like I said before, I’ve written a load of stuff recently and I don’t see why I shouldn’t bundle it all together and make a nice big Ed Rush album. If I keep the momentum going from the Virus album I reckon I could get it out there next year, keep your eyes peeled…

What differences and similarities can you draw between the two labels?

Virus was a label that predominantly put out music from already established artists but I’m going to use Piranha Pool more as a platform for new talent. There’s so much good music around coming from all over the place at the moment which should definitely be heard. From all the years I’ve been in the game I’ve received so much new music in my inbox and just from natural selection I’ve made a portfolio of young producers who could absolutely smash it with a little bit of guidance. In terms of parallels to Virus, the sound is going to be pretty much in the same ballpark because that’s obviously the sound I love. However, I’d pretty say it’s going to be on a slightly techier tip than Virus…

Have you learnt anything from other labels that you’ll put to use with Piranha Pool?

I think the main thing that makes the big labels successful is their branding; they’re very well oiled machines and the likes of Scott Bourne (RAM Records boss) and Tony Coleman have obviously got good business minds – unfortunately I don’t know if the same can be said of me! But I’ve definitely learnt a lot of lessons from Virus over the years and I’m trying to get my head around the whole branding thing, so hopefully I’m not going to make too many rookie mistakes with Piranha Pool…

Do you think Piranha Pool will be as well received as Virus was?

That’s going to be difficult because the timing of Virus was just incredible; at that time nobody else was doing what Matt & I were doing and I think that’s why Virus had such a massive impact. Neurofunk is definitely back but it’s not as fresh as it was when we first broke onto the scene so although it will go down well, it won’t sound as radical as it first did.

Is there an album with Optical on the way?

Yep, it’s been in the pipeline for a while now. We’ve had periods of being very active writing every day and other periods of getting barely anything done. Now that we’re not in the same city it’s become harder for us to get in the studio together which has slowed things down a bit, but despite this, I’d say it’s about 85 per cent finished. It’s just a question of getting the mixes to sound right in order to make it fit in with modern sounding tunes. The content of it is great – we’ve tipped our hat to the old Wormhole sound, it’s referencing that era for sure. We’re hoping to get it out by the end of the year but time seems to go so quickly these days so it’s hard to say whether or not we’ll make it for then.

How has the way in which music is made changed since when you first started?

Coming from a time when you had to be in a studio to make music, I find it amazing that you can write and produce a tune from pretty much anywhere these days. I could be on a plane or in a hotel room and could still put together something decent. A lot of the plug-ins these days are getting a lot better at copying analogue setups so it’s becoming easier for people to make quality drum & bass from virtually anywhere.

As someone who’s been at the heart of drum & bass for years, do you think it’s currently in a good state?

It’s so healthy right now in my opinion. I think we’re seeing a bit of a backlash to that ravey phase we all went through last year and a lot of heads have driven it slightly more underground as a result which suits me down to a tee – that’s my bread & butter at the end of the day. Because technology has become so advanced we’ve now got people all around the world from different races and creeds and classes making music which is great. Of course, this also means there’s more fodder around but if you hack your way through that there’s some absolutely amazing stuff being produced at the moment; it’s definitely a good time for drum & bass.

True that. Watch out for more Piranha bites very soon… 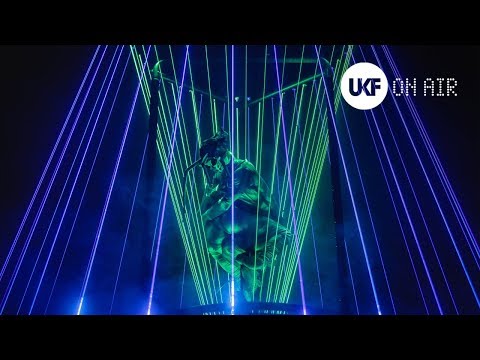 Ed Rush – Scarabs
AUDIO
1.2K shares
SIGN UP NOW & STAY LOCKED!Sign up to our newsletter to keep up to date with the latest streams, news, and events, all tailored to you.