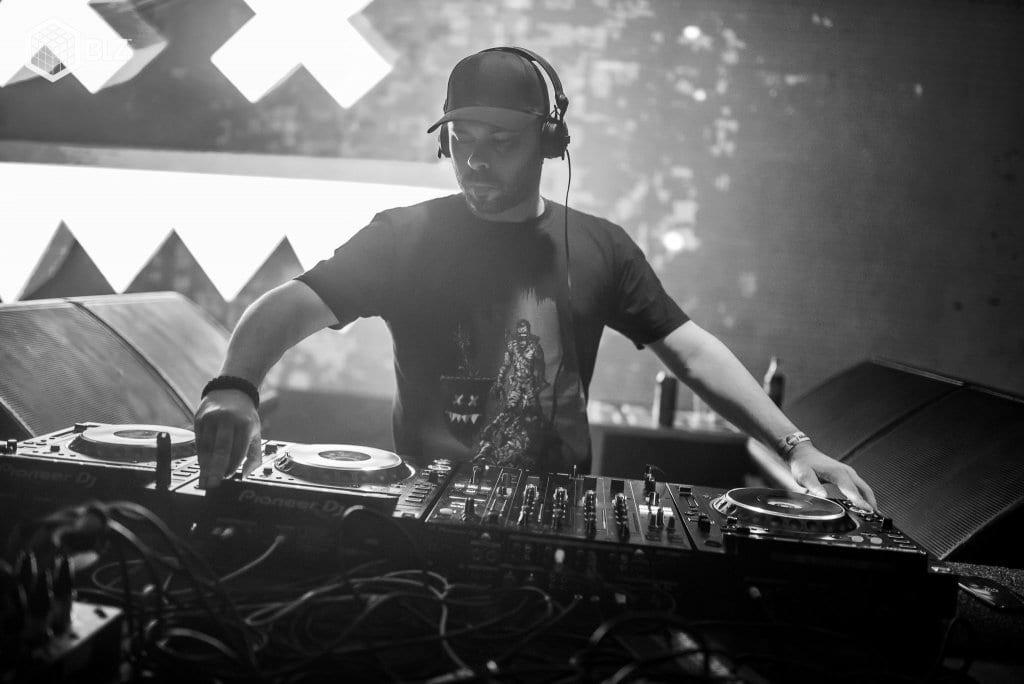 This week sees Mindscape return with his first album in six years: The Reanimator. A fitting title for a man whose sounds have often been cited to raise the dead, this is his debut LP for Eatbrain and will be his fourth album in total following two synapse snapping roll-fests on Klute’s Commercial Suicide.

“The Reanimator cycles around a classical zombie horror science fiction theme,” explains the Hungarian artist who broke through 15 years ago on Trace’s DSCI4. “It’s a little bit sarcastic, a bit retro, but a significantly futuristic vibe. I didn’t try to force this theme too hard on every track on the album, but as it’s the usual tone of my tunes anyway it was quite natural to me to write songs for this mood.”

Explaining how he’s channelled all his experience and the tricks he’s learnt over the years to make this The Reanimator the most advanced album possible, both musically and technically, Mindscape (real name Gergely Sasvari) explains how this album is a proud solo affair and the only collaborators are of a vocal nature: Miss Trouble, Fedora, Coppa, Kryptomedic and Hijak.

“I love how cold electronic sounds and organic human voice and lyrics complement and strengthen each other,” he explains. “It’s always so much fun to work on vocals, to fit them into the mix, or making crazy delays and twisted filtered effect loops out of them.”

And when he’s not processing vocals or making detailed, dramatic long players he’s thinking about who he might like to bring back to life through reanimation.

“It’s not proven, but so far it hasn’t been possible to reanimate individuals keeping their genuine personality and consciousness,” he says with an eerie air of experience. “Patients always become a mindless shell of a human being during the reanimation process, a creature with hollow eyes and uncontrollable hunger. If it would be possible to choose the best five candidates for doctors’ further immoral experiments to achieve their ultimate goal and reanimate someone as an intelligent living person, I’d choose these guys….

He would be the real and perfect living dead. He could write, direct and star in his next movie.

His voice was so raspy and unique, I’m sure his lifeless growls would be amazing too, better than some of the current living vocalists’ voice.

He had a reanimated swag at the end some people wouldn’t even notice the change after the process. He could even shoot a remake for his ‘Thriller’ video!

She was, is and will be Princess Leia. Need I say more? If there would be any problems with her gestures after the process, we could fix those with CGI.

This legendary specimen is still alive biologically. But it would be great to resurrect his drum and bass career, it would make all the ravers around the universe thrilled. If not, maybe the Doctor could take all these people and reanimate them together as a super creature combining all their traits and skills?

Mindscape – The Reanimator is out now on Eatbrain