Austrian act Fourward have been operating in the drum & bass game for some time now, releasing on a long list of leading labels including respected imprints such as Virus and Citrus Recording. Madly, their debut performance in UK was only last month! We describe it as a long time coming, while Ludwig, a quarter of the Austrian mega-act, prefers to describe it as ‘pure vibes from start to finish’.

With international performances notched up from Ukraine to Canada it seems UK promoters have been sleeping. Shogun Audio haven’t, though… They’ve snapped up the foursome with an exclusive label deal. And it started, last month, with their bass trembling EP Countdown.

Snoozers are losers, so here’s Ludwig’s five pinnacle moments of Fourward’s career so far so we can all get up to speed.

Moment 1: Sitting down together to make a track for the first time

The first ever session sitting together at a computer to make drum & bass is really where it all started. It was about seven years ago and we didn’t even have a name… It just happened! We knew each other before, Nik and I know each other from kindergarten, we went to parties together, we skated together for years and all of a sudden we started listening to drum & bass and going to raves. For me it got to a point where just listening to drum & bass wasn’t enough and so I started DJing, then I started producing and that was really the same for everybody…It just developed over the years. I remember exporting the first tune. Nobody had ever heard it, but at the time we were loving it! Success like getting signed wasn’t even in our minds for the first six months, it was just something we would do on weekends with no real goal.

There was no real goal until we started sending our stuff out. Body & Soul, our fellow Austrian friends, gave us a few AIM addresses. I sent our tune Fury to Crissy Criss. We didn’t even have anything signed at this point but he didn’t reply. Then the next day, Kamo called me and was like ‘Hey congratulations!’

I said ‘Congratulations? What?’ He told me that Crissy had played our tune and was biggign us up on Radio 1! I was so surprised because he hadn’t even replied. It was at this moment when we realised the possibilities with our music. I was shocked at how fast things could move because my imagination of the business, at the time, was quite different. I didn’t realise that I could just sit at my laptop and send a tune and the next thing be on national radio!

We released our 12″ with Body & Soul on Virus in 2009. Wow, that’s a long time ago! When Rob from Body & Soul called to tell us, it’s the type of moment where we were left with our mouths wide open. I’ve lost count of how many labels we’ve signed with now. When we started we would play all styles from liquid to the really hard stuff but I think our sound now is more specialised: the darker harder stuff is what has remained. Signing to Virus was a big achievement and one of the things that kind of got us on everyone’s pages.

This was the tune that opened so many doors for us, including Friction and Shogun…. A few weeks after its release Friction contacted us by email, he just asked us straight if we wanted to send a few tunes. The DJ diary has been busy ever since then, we can sometimes be triple booked in one night. We’ve played all over the world but never in England, until last month. Playing at Fire for Shogun was great; it was really busy and hot as hell…. Like we had been in a shower with our clothes on! It wasn’t that different from Austria, but the crowd was a bit more educated about drum & bass. I could play anything I wanted, even at 5.30 in the morning, and people would go off to it.

This was half a year ago now and it was a game changer. Since signing, there hasn’t been a day when we’re not working on tunes or doing interviews. It’s not new to us but it’s ten times the amount it was before. The reaction from the fans to our debut Shogun EP has been really good. The lead track has vocalist Kyza, we all really liked what he’d done on some other grime and hip hop tracks and the whole thing was organised in literally four emails: ‘Here’s our track,’ he was like, ‘Yeah I like the instrumentals,’ he sent the vocals and we really didn’t have to do a lot of editing. He was easy to work with – he nailed it, 100 per cent! Following the release, the heads, industry people and producers we look up to have recognised us more. All of a sudden people like Calyx and Teebee write on the internet about how cool they find our tracks. It’s great when people you look up to, rate you. For us, signing to Shogun feels like a big goal has been achieved. 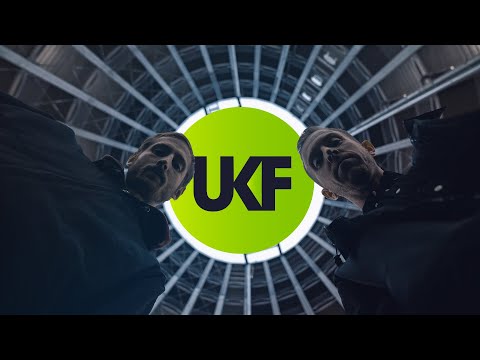 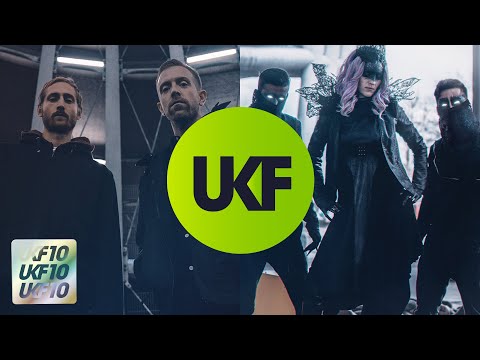 Fourward & Signal – Aversion
AUDIO
0 shares
SIGN UP NOW & STAY LOCKED!Sign up to our newsletter to keep up to date with the latest streams, news, and events, all tailored to you.