At its best and most exciting, electronic music looks forward. It challenges ideas, technology and tried and tested formulas that have become too common place and cosy.

But there are other times when a hearty dose of nostalgia is just what the doctor ordered. A deep dive into the classics, a reminder of where we came from, and the often simpler times we experienced the music; sometimes a blast back is just as exciting and refreshing.

Blast backs like Modestep’s set in the LA mountains last month. Filmed to celebrate 12 years of UKF, here where Modestep first rocketed to fame at the start of their career, it’s loaded with late 2000s / early 2010s gold that played a role in the tastes and collections of every UKF fan in their 20s.

Name an act who dominated that era of bass music and there’s a strong chance they’re in there. Coki, Caspa, Nero, Rusko, Noisia, Skream, Flux, Zinc, Hazard, Skrillex, Pendulum and so many more; it’s safe to say Josh Modestep went IN and the comments reflect just how exciting and refreshing the experience was.

It also gave Josh a chance to reflect on his life in music. Not just looking back, but looking forward, too. Now gradually emerging from lockdown with his first ever D&B single – Forever – Josh seems re-inspired and ready for our hopeful return to raving over the coming months. With more D&B and dubstep stashed up his sleeves for the coming months, we called up his LA HQ to catch up.

Let’s talk about that stream. You are now kinda officially old school!

Oh man. Don’t! It’s made me realise how much has changed over 10 years, it’s not the same thing at all anymore. My girlfriend helped me put that set together and we got very deep and emotional listening to so many classic tunes that made you feel a certain way back then. I knew it would connect with people because it connected to us when we put it together.

Cool to select the tracks with your girlfriend!

You’re always looking forward. It’s very rare to find the time to digest the classics like that isn’t it?

Definitely. I also noticed that going to shows before lockdown. I’m the oldest person in the room! People will say ‘Sunlight was amazing, it really inspired me when I was 10 years old’. It’s like ‘Wow, I thought I was young when I wrote that!’ So it’s strange because I don’t feel like I’ve been doing this for very long.

Time goes too quickly and you have to move quickly in electronic music, time does just whizz by when you’re in that mindset….

You do and it does. You have to stay on it, you have to be constantly putting out relevant things and you don’t have time to sit back and say ‘What have we done?’ What struck me was a lot of the artists in the tracklist don’t make music any more, or have moved away hugely stylistically. There are very few producers in that set who are still doing things like that or even in the game any more.

I always reference a famous Skream quote about your career not starting until you’re 10 years into it. What do you think?

I agree with that. Up until now I felt like I was trying to prove myself, but now I get people trying to prove themselves to me. I still remember the early days and being in the same room as Skream and Benga and just trying to keep my head down and be on my best behaviour. Those guys were royalty, they got me into this. So now I’m getting that with the younger generation, which is very strange and hard to get my head around.

Yeah totally. How did you get your head around lockdown?

It’s been interesting. When it first happened we were in the UK and about to transform what Moddestep is and were about to announce a lot of exciting things. We were going to play Rampage then the night before our live show we had to fly back to the US. We had a matter of hours to get our shit together and get back to America, it was one of the most intense experiences I’ve ever had and we were on total lockdown for a full year. That was hard to deal with; as a musician I’ve felt so uninspired. I’d been on the road pretty much permanently for 10 years and I get a lot of my inspiration from playing shows; the tunes DJs are playing, the crowd reaction, the buzz of playing live. That’s what I live and breathe for. It has been since I was kid.

Yeah and then it’s taken away from you!

It flipped me on my head, I couldn’t write music so I had to find other ways to make money. I made sample packs for various companies and turned to production. The thing about being on the road for all that time is that you don’t have enough time to spend in the studio so I just nerded out and tried to perfect my craft as much as possible. I did a bunch of live streaming, doing feedback streams giving up and comers advice on tunes. I linked with Jaegermeister to tutor kids which was very exciting and I got to see a lot of newcomers coming through who are so talented. There’s a new way of thinking and a new mentality to producers right now and it reminds me of where were at maybe 10 or 12 years ago.

The new generation. The changing of the guards!

Well it’s a change of approach I think. For the last seven or eight years dubstep has been about the science and how good you can make things sound. But now there’s a wave of kids who aren’t getting bogged down in that and are just catching vibes again. Which is where this music started. All those classics are all over the place – they’re not obsessed with mixdowns, it’s all about vibes. That’s where the new generation are at right now. So I’ve been really inspired by that.

That’s awesome. We’ve seen a lot of that in our scene – people giving back and raising money for things.

We have and it’s great. It’s helped us appreciate music’s value a lot more. Big major labels and companies have had to re-think things and I think we might have lost some deadweight along the way. Those industry types who are only around to make money. One thing I thought was really dope is that five or six labels have launched by artists during this. Artists who care more about art more than the penny. So you have more and more musicians talking to each other on a business level and it cuts out the fat cats. It’s created more space for people who give a shit and it gives artists more control.

Yes! Technology has enabled and empowered artists with tools to do their thing…

Yeah live streams too. All of that stuff. And for artists who want to do that they can manage themselves and do their own bookings. It’s a whole new DIY infrastructure.

Amen. From DIY to D&B – I know there was D&B on London Rd but I think Forever is your first D&B single, right?

Forever was a weird one man. It actually came from an idea for a hip-hop tune, but then I’d been listening to a load of old jungle things which inspired me – stuff like Zinc’s remix of Ready Or Not – and I just wanted to nod to all of that and any of the classic D&B tunes I put in that recent mix. I’m not very up to date with D&B, the D&B I know best is from 2010 and earlier.

That’s cool. You’re not jumping on popular or current sounds…

That’s right. I went for certain sounds that I love in D&B like with the breaks and that bassline. Some people have called it jump-up, I think it’s more of a roller.

That’s it isn’t it. I don’t know, it’s my interpretation of D&B that I love and I’m feeling really inspired again.

So…. Any more coming?

Oh yes. I’ve become reinspired now, I’m back writing as things are returning to normal over here and I’m starting to get my mojo back. I’ve written a few D&B tunes, a load more dubstep and there’ll definitely be more… Watch this space!

Modestep – Forever is out now 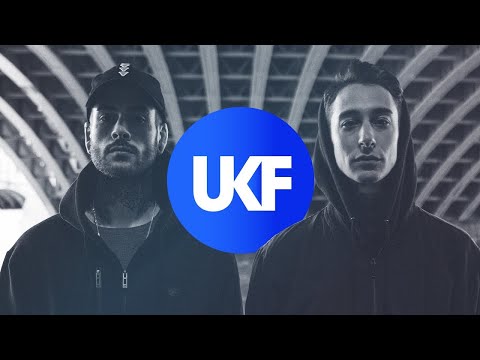 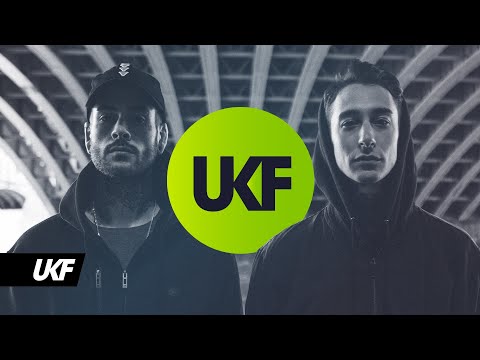 Modestep – Forever
AUDIO
0 shares
SIGN UP NOW & STAY LOCKED!Sign up to our newsletter to keep up to date with the latest streams, news, and events, all tailored to you.