Since emerging on Radar Records in 2016, Andromedik has been a melodic tour de force in drum & bass’s most liquified of quarters. Making his mark through massive local institutions Radar and Rampage, last year the Belgian 20 year old found himself in the release fast lane many aspiring producers in his sound dream of as NCS and Liquicity championed his music.

But has 2019 been the same? After a quieter start to the start – during which he was both building up a new armoury of songs and studying for his masters degree – he’s just commenced another slew of sounds. It kicked off last week with the Voicians-fronted Won’t Let Go and more tracks are set to follow over the coming months. With plenty in the pipeline and a busy summer ahead of him, it’s time we found out more…

Let’s go back to your roots for a second. You’re classically trained aren’t you?

Yes, here in Belgium you can follow music courses separately from school and I did that for 10 years from the age of about 10. I learnt classical, jazz, music theory.

That’s interesting as I know you currently study business engineering. Could you be described as someone who prefers to take in the entire overview rather than entrench yourself in particular detail?

I love the overview. Being able to make bridges between everything and seeing how things relate and influence each other. That does definitely describe me.

I’d describe as 2018 as pretty massive for you. So many releases on the likes of NCS, Liquicity, Radar, Rampage, High Tea…

Yeah definitely, 2018 was amazing. My first releases on Liquicity were the biggest thing for me. I’ve always looked up to that label. For them to feel my tracks and want to release them was a great moment.

Nice. You’ve been a bit quieter this year release so-far. Is that because of exams and studies?

I’ve been quiet for some months, yes. I’ve been working on writing lots more music and want to focus on putting it out consistently for the next few months. But I’m actually more productive during exams than I am at any other time of the year. I think my brain is so active during the day, I can get the crazy creative side out at night.

So not just using the studio as distraction from revision?

Oh definitely not. I take breaks from my studies and write music, I make the most of my time

Yes I guess it is.

It sounds intense though; exams, writing tunes. Can you stay at that speed forever?

I take breaks to spend time with my girlfriend and friends. But making music feels like taking a break anyway. There’s always time for everything.

Balance! So you’re 20, right? You must have grown up during Belgium’s peak jump-up wave a few years back? You can’t hear it in your music but did that have an influence on you?

I didn’t go to many of the raves because I was too young, but it was definitely there in the background. You couldn’t avoid it. But there were enough liquid parties and of course Rampage events where we’re exposed to everything.

Yes totally. I know people who don’t listen to drum & bass much at all in their daily lives but they go to Rampage because the event is so epic there and they want to be part of it.

That’s the spirit. Give me more highlights and pivotal moments of your career so far…

The first big moment for me was the first time I played my track Forever at Liquicity Family Day. I remember dropping the intro and the whole crowd was singing the melody. I’d never experienced that. People usually just sing the melody of well-known tunes but they were singing along to mine and that was incredible and quite an emotional moment.

What a buzz. How about big DJ support?

Getting support and Metrik and Friction on Radio 1 was definitely awesome. They’re legends. Koven playing my tracks once was really cool. I was just going to a rave to see them play and they dropped it.

Oh and it caught you by surprise?

Yes! It was a very cool surprise. I’ve had that a few times. I remember I was 17 and had just released my first EP on Radar Records. I was raving with some mates of mine at a Liquicity party and Murdock played a track off the release, which I didn’t expect and I was ecstatic. Then he did it again five minutes later with another tune. That was great.

How about performances for you personally? I saw you post about your Estonian debut a few weeks back?

Yes it was my first international headline show. It was something man. The suspense for my set all night, that was awesome.

Where else have you played? And where would you love to play?

My first international one was in Prague earlier this year. Another Liquicity show wth thousands of people in a hangar, I didn’t expect so many people to be there. I’d love to play in the UK, I’ve never played there. But that might change very soon…

Oh cool. Before music came into your life what was there? What did you think you’d be?

I’ve always been playing piano but never thought I’d produce and be a DJ. I guess I expected myself to get a normal job.

I’ve always loved extreme sports, I still skate and snowboard, but I never took it seriously.

Polaris mentions getting inspired by things like extreme sport in a previous interview. Have you ever been inspired to make a tune while skating or snowboarding?

Yes actually, the energy I get from snowboarding does inspire me. My song Holding On came from a melody I’ve recorded on my phone because of something I thought about snowboarding. Almost every track I have starts with that flash of inspiration. The last track I wrote I was sitting on the piano after dinner, suddenly a little melody came up which inspired me and I was straight in the studio and had the sketch down in a few hours.

Nice! What had you eaten?

I’m pretty sure it was chicken.

You need to eat that every night mate. So the flow of releases starts here, right?

It does. I have a series of things coming out on Liquicity over the coming months starting from last week with Won’t Let You Go, a track I’ve done with Voicians which I’m very proud of. Then there’s another track to follow in August and a remix in September. Then more things to follow that.

Exactly. I’m sitting on a lot of music right now, I can’t wait to get it out. 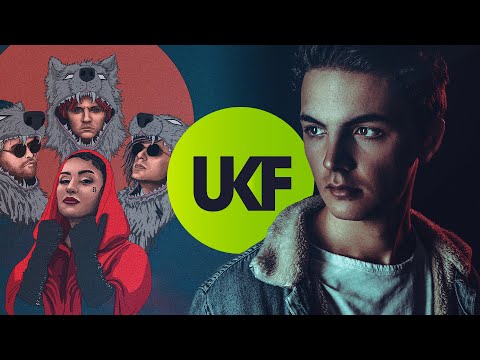 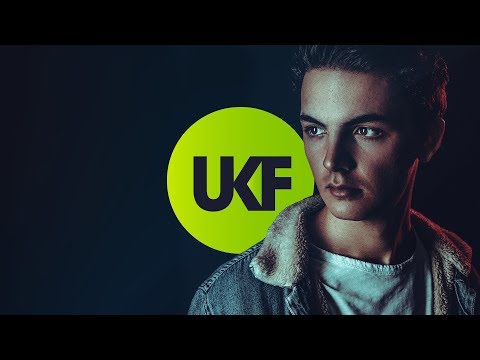 Andromedik – I Want You
AUDIO
0 shares

Feel the realness: Exploring flowanastasia’s deeply personal Face Yourself EP
WORDS
9 shares
SIGN UP NOW & STAY LOCKED!Sign up to our newsletter to keep up to date with the latest streams, news, and events, all tailored to you.