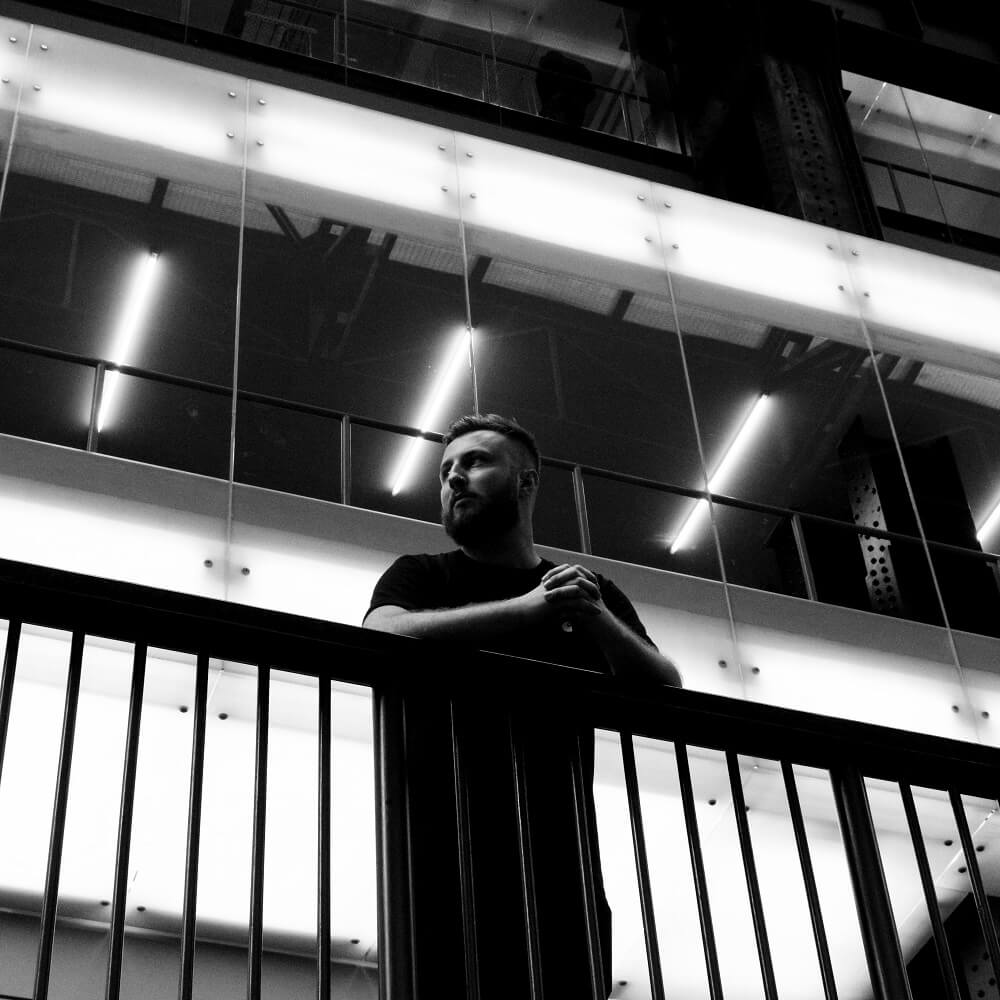 Picture the scene: You’re a drum & bass producer with a bubbling profile, you’re on Liquicity, you’re smashing their parties. You live in D&B mothercity Bristol. You work in music PR during the day. Life could not be sweeter…

Cue Hamish Cranford-Smith. He had all of the above, flexing up the ranks as Priority One as fast as he could. Life was sweet. But he knew things could be sweeter if he had more time and energy to put into his music and honing his craft. He knew he needed more time than his lifestyle was allowing. So he made some major readjustments to dedicate pretty much every waking hour to his music. That was late 2017. Fans and friends didn’t hear a peep out of him for well over a year.

Then, in March earlier this year, he returned as Jack Mirror. Now signed to Viper, and packing a much more direct, harder-hitting-yet-anthemic and heavily produced sound, the debut single was fittingly entitled Reset. A vibrant opening gambit coded deep with arpeggio-triggered spine-tingles it was backed with Utopia, a white knuckle slab of triumphant D&B with big synths and rushy choral textures, it hit with a nod to Viper’s most formative sound.

Earlier this month came the follow-up where Hamish reveals even more of Jack Mirror’s sound: This Lie (vocalled by Voicians) continues the strident, uplifting dancefloor vibes of the last single while Pressure lives up to its name in a much darker, urgent sound palette. Plenty more is expected to follow. Here’s where he’s at…

Can we mention Priority One? I wasn’t sure Jack Mirror was more of an anonymous alias…

Yeah of course, that’s part of my journey. I think it’s hard enough to be heard anyway so why shut off any type of attention I had with that project? I did think about it though but didn’t think it would work.

Was there a trigger point to start afresh? You made some pretty big changes to develop the Jack Mirror project, right?

I did. I was in a situation where I was living in Bristol, working as a music PR. It was such a cool job but my heart wasn’t in it. That annoyed me and I tried to think why it was and it was basically because I was helping all these musicians in their career but that’s what I was trying to do myself. Having a full time job meant I wasn’t writing or progressing much anymore. So I thought I’d take a year out, hole myself away and work on my own stuff. I wasn’t that confident about my production at the time so I thought if I quit the job, roll the dice, move back in with my parents – who I’m lucky were happy to put a roof over my head again – and just grafted. It’s kinda starting to pay-off now.

Fully dedicated to the music. Were there certain moments where you felt you were really fulfilling that ambition?

Completely. The first track I started working on when I moved back. It was like the first day of the rest of my life. I wanted to really get on it and do something special and for the first month I didn’t write anything good at all. It was quite disheartening, but then I started working on the track that eventually became Utopia.

When I started getting that down, the drums came together and the drop and leads all happened naturally. There was a moment of ‘hang on, I think I’m on to something here.’ When I finished that it was a real moment. It was signed as a potential track for Dimension’s Fabriclive mix, which was really exciting. It didn’t make the mix but that was cool; the tune wasn’t as developed as it eventually became but just having that stamp of approval from Dimension was a huge huge push for me. It was only around three months into starting the project.

Totally. It makes a massive difference. And it made me think I needed to get a body of work together and think about who I wanted to work with label-wise. I wrote five tunes and got in touch with Brendan Futurebound who got back straight away and said I had his attention and offered me a deal not long after.

It’s a different sound to Priority One so you must have had different labels in mind when you were writing the new Jack Mirror material?

I did actually send it to Liquicity in the early days just to see what they thought as they were so supportive of me before, and I could trust their opinion on honest feedback. They liked it but obviously the sound didn’t fit. It was a bit too industrial for them. But Viper has always been a big label for me. I first got into drum & bass through that label around 2008.

Acts Of Mad Men was around then. Massive album. I always think of Nero’s Do You Wanna when I think of Viper at that time.

Absolutely. That compilation was huge. That sound and those artists are what got me into this. They’ve got a new Mad Men album coming out and B-Motion and I have a collaboration on there, which is a nice full circle. And yes, Do You Wanna is a class tune!

That’s the sound you’re tapping into with Jack Mirror…

In a way yeah, it’s the sound that really inspired me. It’s not the most dominant sound at the moment but it doesn’t have to be all about the gritty rollers, there’s space for cleaner dancefloor productions.

And it stands out a bit more. I like how both of your singles have got a lighter tune and a darker tune. It reminds me of Wilkinson’s releases when he’d have vocal hit on one side and an absolute banger on the other.

Yeah that’s right. Funny you should mention Wilkinson, his kick/clap style had a huge influence on the sound and many producers, including myself. It’s so simple but the helps the importance of feeling is the main hook of the tune, whether it’s dark or light. For example if Pressure had no words or silly effect to sound like a pressure container it would probably be a bit pants really. It’s all about theming the tune and giving it a purpose.

Kove told me about Pressure a month or two ago, it’s been a secret banger for him for a bit on dub…

Yeah he’s been really supportive. We did a cheeky tune swap and we both realised we’d exchanged one-note bangers. Motor’s a massive tune.

I think it’s the natural progression of fog horn theory. There’s a few things going round like it, Siren obviously, Motor, Pressure. It’s a natural way for the one note vibe to go in. I love these tunes. Proper spine-tinglers.

Yeah totally, it’s all part of the cycle where the underground comes up with something mad and then the more mainstream or dancefloor guys seem to be inspired and put their own stamp on it. It is natural progression and how the genre has always evolved.

Let’s flip to This Lie. I can hear why Matrix & Futurebound have been using it as their intro. Massive atmospheric intro.

Yeah that was mad when I found out. I knew they were playing it but didn’t know they were using it as the opener. It’s cool because I wrote it for the intro to my sets. There wasn’t even a drop or anything planned at first. I just wanted this really nice synthwave interlude. But then it developed into a tune in its own way and I started using a vocal I had from Voicians. We’d done it for a different tune but was in the same key. I’d actually gone off that tune but felt bad because I always loved his vocal. Anyway, I put it on just to see how vocals would fit on the track and it fit really nicely. It came together from there.

Ha! So what’s the most amount of pressure you’ve been under in your life?

This is a tricky one, but I don’t think I’ve ever been as nervous as I was when I took my driving test. At the time I was living in rural Somerset, with absolutely zero public transport links into Bristol to see friends, so it was massively important to get my license ASAP and get some independence!

Yes! So what’s up next? There’s been a neat three months between releases so far…

Yeah I’m just getting the next ideas up to the level where I decide which ones to develop or use. I’m spending the next few weeks focusing on doing some collaborations, I’ve got a collaboration on the new Acts Of Mad Men album and I have my Fabric debut. I’m going back-to-back with the mysterious Giganti.

I don’t even know who they are! I don’t know what they’re going to do. But it’s going to be sick. I’ve never been to Fabric. I told myself I didn’t want to go there until I got booked. I’ve got a few benchmarks I’m aiming for. Certain clubs and festivals. Things that help to remind you you’re on your way. I can’t wait.

Jack Mirror – This Lie / Pressure is out now on Viper