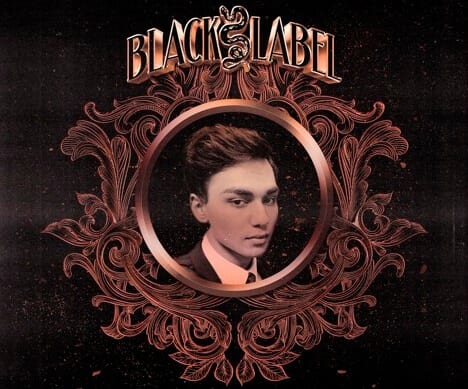 With the release of his latest EP on the prestigious Never Say Die Black Label, we decided it was high time we sit down for a proper chat with Australian prodigy Mastadon.

His debut release on the label last summer,  Malignant, turned heads with its in-your-face, decimating sound design and annihilating bass throughout. The three track EP included Casket, which delivered adrenaline-fuelled, heavy-metal vibes with one of the heaviest drops known to man, RIP, briefly sampling Drowning Pool’s Bodies for even more chaos, and the title track Malignant, which brought an overwhelming sense of impending doom followed by complete and utter carnage. Basically, this guy is nuts.

By creating these huge, capacious sounds with impressively intelligent arrangement, Mastadon quickly became a hot topic amongst dubstep heads, both in his home country of Australia and abroad, all at the young age of 16. Producing this kind of downright insanity while still maintaining such a high level of quality is no easy feat, and certainly serves as a testament to Mastadon’s rise to success over recent years – it’s no wonder label boss SKiSM sought him out after hearing his bootleg of Trampa and SKiSM’s Black Hole (now an official remix on NSD: Black Label).

Fast forward one year, and Mastadon has just released his sophomore release on the label, the aptly named Decimate EP. Honing his impeccable skill for creating the soundtrack to the human apocalypse, these newest four tracks prove that Mastadon is showing no signs of slowing down.

Hey Hamish, great to have you with us today! Exciting news is your sophomore release on Never Say Die’s Black Label – can you tell us a little bit about this?

I feel this EP is essentially an extension to last year’s Malignant, it maintains the same heavy vibe whilst serving as a platform for me to showcase newer, more flow-y ideas as opposed to the “in-your-face” sound I aimed for when crafting prior releases.

The EP is full of some insanely heavy stuff – can you give us some insight into your sound design process?

Thank you! My sound design process hasn’t really changed, essentially I’ll start with a combination of oscillators from Thor (a synth in Reason), record an extended MIDI note, then render it out as a wav and process it heavily with both reason’s internal FX and third party plugins. At that stage I’ll export it again and repeat the process several times with the same FX chain. Lately, I’ve particularly enjoyed resampling Reason basses within Harmor and experimenting with Ableton’s time-stretching algorithms

What sort of stuff inspires you to write such decimating tracks?

From day one I’ve always been heavily inspired by 2013-2016 tearout dubstep tracks, in fact it was Trampa’s Jurassic EP on Firepower that pushed me to start writing heavier dubstep. Older Cookie Monsta, Aweminus and Destroid tunes have also been a major source of inspiration over the years. These artists continue to be my main sources of inspiration to this day.

Your name obviously bares some similarities to the heavy metal band Mastodon and the now extinct mammoth – were either of these a coincidence?

Funnily enough, when I first started writing tear out it was under the name Mastodon, I just felt it carried on nicely from Elephant Man and suited the direction I was taking with my sound. I wasn’t aware of the band Mastodon until a few months later, leading me to hastily change my name to Mastadon to avoid any legal trouble.

What lead to the change from Elephant Man anyway?

I never truly liked the name Elephant Man and all of the music I wrote during the late 2013-2014 period was crappy wannabe Zomboy music. After completely losing my passion for music in early 2015 I pretty much quit writing music. I hadn’t touched a DAW again until September 2015 when I discovered Trampa’s discography, prior to that I wasn’t aware of dubstep’s heavier side and I instantly fell in love. I felt the name Elephant Man would no longer suffice as it represented entirely different sound, however, I wanted a name that would maintain the proboscidean theme so I thought Mastodon would be the next best thing. However, having already been taken, I settled for the misspell.

Your remix of Trampa x Skism’s Black Hole put the name Mastadon on the map for a lot of people – what was it like remixing a track for two of the biggest names in bass music?

That tune was the first track I made as mastadon and started out as a bootleg. I had just discovered Trampa at the time and really wanted to do something based off one of his tunes. A few days after I uploaded the clip on SoundCloud, Trampa reached out and I shit my pants. Fast forward a few months, Skism caught onto it and decided to sign it to Black Label, although it had never been a true remix.

Is there anyone you’d like to see remix one of your own tracks in the future?

Definitely Trampa, I have always looked up to him so to have him remix one of my own tracks would be a huge honour.

You’ve also got some pretty mighty collaborations under your belt, including tracks with Samplifire, Code:Pandorum, and oddprophet – what was it like working with those guys?

All of these guys are super talented and approachable, I’m glad to have had the opportunity to work with them. The Samplifire and Oddprophet collabs weren’t in my eyes true collabs as they pretty much wrote the track while I only contributed sound design. The Code: Pandorum collab was a lot of fun and we were both able to contribute to the songwriting and sound design in a 50/50 manner. I would love to work with these guys again.

And who would you most like to work within the future?

Obviously, Trampa. Although many other names come to mind, particularly Badklaat, Trolley Snatcha, Phiso and Aweminus.

As one of the biggest names to come out of Australia in recent years, can you tell us a bit about the scene over there?

Whilst not comparable in size to that of the US or Europe, Australia’s Dubstep scene has been growing rapidly and there are a handful of producers who have been absolutely killing it as of late. Some names that come to mind are Leotrix, Chibs, Getorix, Bueg, Duffeey, FLICK, Supercool!, Wraith, and Nexu5. Kron also comes to mind, a homie who is both exceptionally talented on the decks and in the studio.

Where would you most like to play in the future?

Definitely USA, the shows out there look incredible and I’m hoping to get over there as soon as possible. I’d also love to play in Montreal and Paris.

And finally, if Mastodon the band and a mastodon got in a fight, who would win and why?

As much as I love their music, the band wouldn’t stand a chance against the wrath of a 7.8 tonne prehistoric Mastodon.

Thanks so much for taking the time to chat with us today, and we can’t wait to see what’s next from Mastadon!

Thanks for the opportunity! Truly an honour to speak to you guys.