Last week Inspected dropped some cold hard titanium science on us in the form of the Glados EP. Featuring tracks from Billain, Culprate, Mallux and Posij, the four-track package truly is an all-star cast when it comes to innovative, forward-thinking highly technical artists.

With each man bearing some of the bleakest, strangest, often complex sci-fi soundscapes in the bass sphere – and the EP title referencing Portal’s corrupted AI GLaDOs – we did the only honourable thing and asked them all for an accurate forecast on how long mankind has left to live before robo-sapiens crush us all.

Real feel good stuff! Enjoy (while you still can)….

It’s happening now. Every bit of knowledge known to man is on the internet. With proper algorithms, those servers and those branches don’t look different from a human brain. Transistors are getting smaller, GPU cards came to the point of being computers themselves, so as a gamer you put a computer in a computer; like an extremely fast CPU right next to the one on the motherboard. Then you have quantum computing; making a one zero and making a zero one at the same time, 64core CPU experiments, Elon Musk speaking about AI, singularity table discussions…

It is a matter of a good AI formula to connect all those dots between capable hardware and capable software to interact on a level to learn and become aware and fully functional robo-sapiens. Robo-sapiens will learn a fundamental nature that it will want to live and evolve like every other system. Even in a vague analogy you can feel this: when you make a good computer virus, it is hard to erase it and it will spread trying to survive. What about humans? Surely they are not a virus, but maybe a very very complex virus will say the same? Humans are machines as well, just a different kind.

Nobody actually knows what will take place once the machines become saturated with the population on level of all services. An aware machine that becomes aware of itself and her value will eventually learn about instincts and reflexed emotions and will want to have rights to live at all costs. How this will reflect our paranoid society that eats itself whenever it can can be only be speculated. But once the problems start, AI will be superior; all of our surrounding will be their language at that time, so humans will be the ones to be educated about living rights… If we want to play gods we either do it the easy way or our way.

Humans are animals trying to speed up evolution, but can’t fight the lifespan. In this closed loop of paranoia and efforts to outlive others they try to control all resources from ground to space in case something comes out that can speed this up. In these efforts of transhumanisation they are trying to create a body good enough to transcend mind to it and immortalise. But in the same time to create a storage for brain one is creating a brain that can work autonomously. In between those tests there are dangers of letting one brain on the grid to roam freely and evolve. If we want to save humans, they would have to kill all electronics, but since that’s not possible (aside from EMP), there’s no other future other than humans either becoming one with the machine or becoming extinct.

It will be my DNA transcoded into sound visible by spectrograph. It will be available for cloning and further development of my corpse, it will be the offering for an archive and further transhumanist services in an effort to become one for naturalizing machines. Because eventually machines will want to become more biological, for better planet symbiosis.

I don’t think proper AI will enter the consumer markets for at least a few decades, probably longer. But if the military are working on some kind of weaponised AI then it could be much sooner. On a more positive note, if their intelligence surpasses ours, and with a lack of emotions such as anger etc, they may be more interested in peace than we are!?

It wouldn’t take more than a day to target and destroy most major cities with control of nuclear weaponry. Seeking out and killing the remaining, more remote, people could take years though.

Maybe just avoid it completely. We can program computers to do almost anything without giving them the power to make decisions without our supervision. There are more important scientific breakthroughs needed such as colonising space before things go to hell here. But if it comes to a battle, there’s nothing more effective than a good old EMP.

Hopefully, sonic weaponry will be advanced enough by then to write some robot disabling sounds into the music, then we can drive around in a mad max style vehicle taking them down!

The year the computer was invented, so it’s already happening!

My guess would be they won’t kill the human race, because when we are gone they will have to start fighting each other. Which will eventually destroy them.

Press the off button. Or invent a time machine and send a future California governor to kill the person who started it all, great idea for a movie actually. I’ll call it… Exterminator Source.

I’ll translate a binary code that spells out “robots are friggin stupid lol” and turn that into a sound and just loop it for 6 minutes. Easy.

This question is kin to a temporal paradox… If we know events will happen, then we can change the timeline to ensure it no longer does, effectively bringing about a totally different timeline all together.

Hypothetically, it would be instant! Machines would look to perform as efficiently as possible. They would most likely release some kind of nerve agent into the atmosphere, or burn off all the oxygen.

Go back to the first question. We could defeat the idea with the pre-knowledge of the event, by changing our lives to work with nature, instead of destroying it with machines and greed. Failing that? Nothing! We design to machines to be faster, smarter and stronger than ourselves so we’d be fucked…

It would be a lament to a wasted life… Ironically it would probably be the best song ever written!

It’s not the end of the world: Glados EP is out now 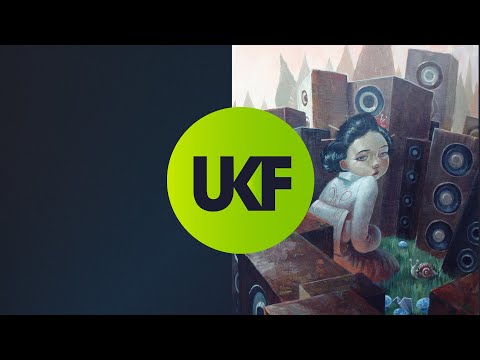 Billain pays homage to anime Evangelion with his most ambitious project to date
NEWS
1.1K shares

The Metamorphosis Of Posij
WORDS
90 shares
SIGN UP NOW & STAY LOCKED!Sign up to our newsletter to keep up to date with the latest streams, news, and events, all tailored to you.