The Never Say Die linchpin has had an impressive year, enhancing his reputation as one of the most distinctive producers in the scene and cramming his DJ diary with shows all over the world.

Rather like a fine cheese smorgasbord, Habstrakt has become known for his diversity. You’ll find yourself tucking into a main course of bone-shattering dubstep before chowing down on a side helping of electro when listening to his back catalogue, and that variety is definitely present on his new EP, which drops today.

Featuring four tracks of bassy goodness, it’s a menu to relish and a fitting end to a stellar year.

Hi Adam. First thing’s first… you appear to like cats quite a lot – is that correct?
Yep, it’s not a secret anymore – I love them! I like dolphins too but they’re not as easy to keep as pets…

Fur enough (ahem). Cat affection aside, it’s been a pretty hectic year for you… what was your personal highlight?
In terms of releases, it has to be the On The Block EP with Eptic, that was a big standout for me. Lots of people had been expecting a collab from us for a while as it had been ages since our last one, so it was really cool to finally end the wait for those people. Skism decided to release it pretty much two weeks after we finished producing it so it was all really intense and so many DJs played it out which made it really special.

What’s the story behind the cheesy artwork for that!?
Ha! The cheese artwork was the result of what started out as a joke from SKisM. Myself, Eptic and SKisM were discussing artwork over Skype and as it’s called On The Block SKisM suggested that we should just make the artwork a block of cheese and Eptic, who was making the cover, replied like ‘yep, on it!’ Thirty minutes later he had created this really cool design, not realising that SKisM was joking! It just goes to show that you shouldn’t always take yourself too seriously; myself and Eptic definitely take that stance to a lot of things in both music and life…

You all get on pretty well at NSD then?
Yeah, we communicate a lot and there’s a really close proximity between all of us. I don’t think this family sprit exists in a lot of other labels. It’s cool bouncing ideas off each other in the studio and turning to each other for inspiration when things get a bit tough. It’s also really good for creativity, especially as we’re based all over the world; I’m in France, 501 is in Finland, Eptic is in Belgium, Must Die is in the US, Laxx and Skism are in London… this mixture of influences and cultures really helps things musically, it’s like one big melting pot. It’s pretty rare that we all get to meet up at shows but when we do it’s an amazing experience!

Your DJ schedule seemed very busy this year – how was that?
Yeah I really started to tour more than ever before this year. I got my visa for the US and did two tours over there, as well as two tours in Australia and New Zealand, so I was on the road a lot. It’s massive fun but makes it hard to keep up with production. Some producers are good at making tunes on aeroplanes and in waiting rooms but when I’m not in my studio I’m not in my bubble and find it difficult. On the road, I can be a bit stressed and tired and not in the mood for production, whereas in my studio I’m fully focussed and set on making music. Travelling makes you very tired man!

Your new EP was released this week! How did My People come about?
Yes, I’m so excited to hear what people think! The EP came around pretty quickly, I made the whole thing in under a month. I love putting new music out, especially original tracks, remixes are great too but solo releases are always that bit more special. I uploaded the lead track to my Facebook page a few days ago and wasn’t expecting the response it got; I was expecting a lot of people to say “we want dubstep” or “we want more bass” but they didn’t and I’m super glad about that because I think people finally understand that I don’t have any set goals or genres, I just mess around and see where it takes me.

And where did the name come from?
It’s a reference to an old French hip hop song. If you grew up in France in the 90’s, you will have heard this tune, it’s an absolute classic! I listen to lots of hip hip and also quite a lot of American cheesy stuff at the moment, lots of r ’n’ b and stuff like that. It’s so important to listen to a wide range of genres as a producer.

So you’re not a producer who goes into the studio with a clear aim, then?…
I get writer’s block quite a lot so I never set myself any goals, I just get in the studio and go with the flow. When ideas just won’t come into my head, I keep myself busy by trying to create crazy synths and other sounds that I can incorporate into my music when my creativity eventually comes back. I don’t want to define sounds and genres because I’ll set my mind that it has to sound like something everyone is making right now. When I tour I play a lot of different styles and genres and watch the crowd to see what they’re into and what they’re not, then I sometimes base my production around that.

Will you treat yourself to a break over Christmas?
I never take time off! Even when I’m with my family I’m constantly checking my emails and social media pages. It’s not ideal bit that’s just the nature of things these days. Taking time off can sometimes be a hindrance too – it can curb your creative flow and encourage writing blocks. I like to feel driven all the time. No rest for the wicked as they say!

So you’d say social media plays a pretty big part these days?
Yeah definitely, it wasn’t really that big back when I started in around 2009 but now it’s almost as important as the music itself, if not more according to some people. For someone like myself who grew up in a small village and started making music in my bedroom, I’m virtually entirely made on the internet; my success is thanks to things like Facebook and Instagram, those websites are the only way I could connect with the fans at the start. You don’t just have to make music, you have to be the music… branding is so important.

Do you prefer playing live shows or cooking up new tunes in the studio?
I definitely prefer playing shows, but don’t get me wrong I LOVE writing music too! Playing live is a really hard feeling to define, though; you can play in front of thousands of people and then two hours later be alone in a hotel room, jet-lagged and miles away from all your family and friends. It’s quite surreal, but the vibe overrides everything. Spending a whole day in the studio can be horrible at times, especially when the ideas aren’t coming and I go hours without writing a note of music, whereas DJing provides an instant reward. Both have benefits.

What are your plans for next year?
This year has been amazing but I want to make 2016 even bigger! I’ve been to some amazing places this year; from EDC Las Vegas to Your Paradise festival in Fiji… next year I want to play at even more amazing places and release even more music. I’m getting more and more used to touring now so I want to do even more of it next year. I’d love to play more in North America and UK, that’s definitely one of my biggest aims. Travelling becomes addictive I think and I’ve definitely got the bug. There are some very interesting collabs lined up too… Overall it’s looking very exciting, bring it on! 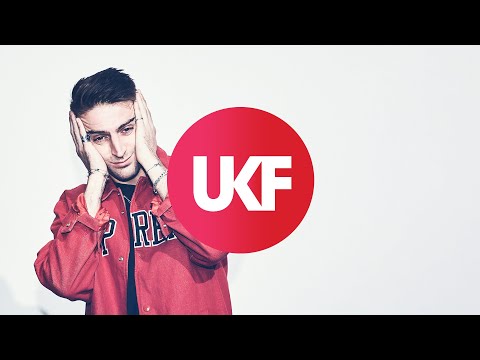 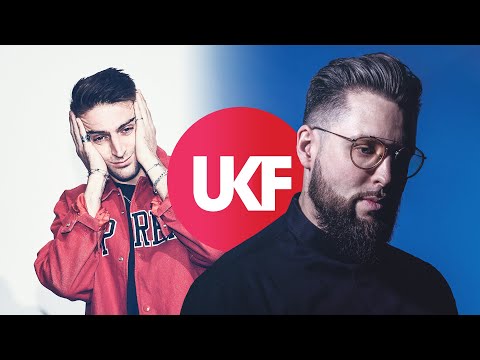 Tchami – After Life (Habstrakt Remix)
AUDIO
0 shares
SIGN UP NOW & STAY LOCKED!Sign up to our newsletter to keep up to date with the latest streams, news, and events, all tailored to you.