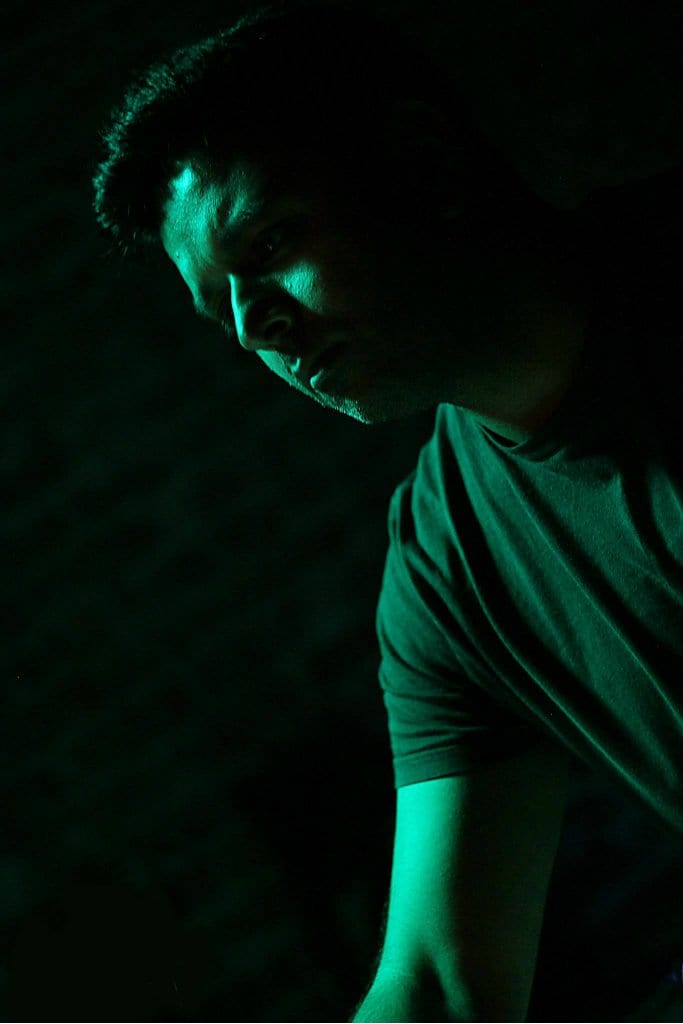 <<Rewind June, 2006: One of the most pivotal, influential albums in drum & bass, halftime, dubstep and bass music was released on Commercial Suicide…. AMIT – Never Ending.

10 years later and it still smacks hard. Dark, dubby, uncompromised and weighted with political references, Never Ending remains relevant and resonant. Even more so now since the halftime movement has really switched up a gear or two. Listen to it here and read on for the full context and story of how it came to be…

Sometimes all it takes is for a few people who are tired of being comfortably numb to fight those rules. That’s what some of us did 15 years ago. That’s what people are doing again now.

Talk to anyone involved in halftime and they all cite Amit as one of the subgenre’s earliest innovators. Amit’s pretty humble about it and is more comfortable citing Digital and a general malaise at the turn-of-the-century sound of drum & bass.

“Drum & bass had become so generic and sterile for me. I fell out of love for it. I can pinpoint when it happened…. It was round the 2000 mark and everything was designed for the dancefloor with a very set template and arrangement,” he explains. “It started to annoy me. I wanted my own voice but felt I couldn’t do that because everything sounded generic; similar pre-sets, similar arrangement, similar mixdown, similar sounds. Everything. Then Digital carved the scene in half with Deadline. It wasn’t about mixdowns or the best productions, it was about vibes. Crunching vibes that really related to people and the culture of the time.”

Finally inspired, Amit channelled his own inspirations – ranging from the likes of David Lynch to punk to world politics and King Tubby – and released his first tracks in 2002. Fittingly they were on Digital’s L Plates: Erazer and Snake Pit. Neither of them fit drum & bass expectations in any way whatsoever.

“I remember sending Erazer to numerous DJs and they said ‘this isn’t drum & bass, it doesn’t sound like drum & bass’,” he explains. “Digital released it and people slowly started picked up on it; Klute, Marcus, Intalex, Randall. John Peel started playing it on the radio. Everyone was saying ‘where is this coming from? What is this?’”

Klute paid very close attention and formed an alliance with Amit. Something of a lone wolf in drum & bass himself (at the time Klute was releasing double albums that were just as much techno as they were drum & bass) Klute and Amit shared a punk spirit and worked closely together for many releases (occasionally together on tracks such as the provocative Kunt Kicker in 2007). Amit’s first Commercial Suicide outing was Roots in 2004.

“Roots really stamped it for me. People were trying to work the BPM. Goldie was asking me questions about it and where I start on my productions,” he explains.

Inspired, Goldie invited Amit over to Metalheadz for many releases, starting in 2004 with Pirates. The Metalheadz boss would later state in interviews that Amit was the main inspiration for Rufige Kru’s 2009 halftime hurter Shanghai Dub

As the releases started flowing, momentum to his debut album did too. By 2005, everything was in place for Amit to build his mission statement LP. One that fused everything about his approach, spirit and take on the drum & bass template. Meanwhile, dubstep was picking up steam, gradually taking over the UK, then the world, from its Croydon roots and Mary Anne Hobbs was spreading the gospel. A key instigator in amplifying dubstep as far and as wide as possible, Mary Anne regularly spun Amit’s swampy, techy, hard-hitting halftime equations among the 140 material.

“Dubstep became part of the whole vibe, I remember going to early FWD>> nights and hearing Mala and Loefah and feeling just as much part of their community as I did with some sections of drum & bass,” explains Amit. “Just before Never Ending came out Mary Anne Hobbs really jumped on my sound and was playing it alongside loads of really forward-thinking dubstep. The genre was very much in its infancy back then so the tempo difference wasn’t noticeable by many. I remember hearing Skream being interviewed by Gilles Peterson stating when it came to drum & bass how much he appreciated my sound in comparison to what was being produced back then”

Four years later Skream released Amity Step – a tribute to the cross-pollinating fusion that Amit was the first to truly capture in album form. From the claustrophobic intensity of Live In India to the eerie minimal rattles and shakes and dubby echoes of Night Shift by way of the strident political message of Swastika, Amit didn’t just write a debut album with Never Ending; he unwittingly dug deep foundations for a sound that’s had more relevance year-on-year since its release 10 years ago.

“It was an interesting time. I didn’t go out to stand on the soapbox and shout ‘this is new and different’ in any elitist kind of way,” explains Amit. “Any genre starts with complete exploration and exciting weirdness and pushing technology. Then after a while you have tunes that set the benchmark and people use that as a blueprint and fundamental for that genre. That was what happened with drum & bass during the time I started. Another example is how house used to be about breakbeats just as much as it was 4/4. But it’s stuck to 4/4 now. Sometimes all it takes is for a few people who are tired of being comfortably numb to fight those rules. That’s what some of us did 15 years ago. That’s what people are doing again now.”

One thought on “The Halftime Warrior: AMIT – Never Ending”