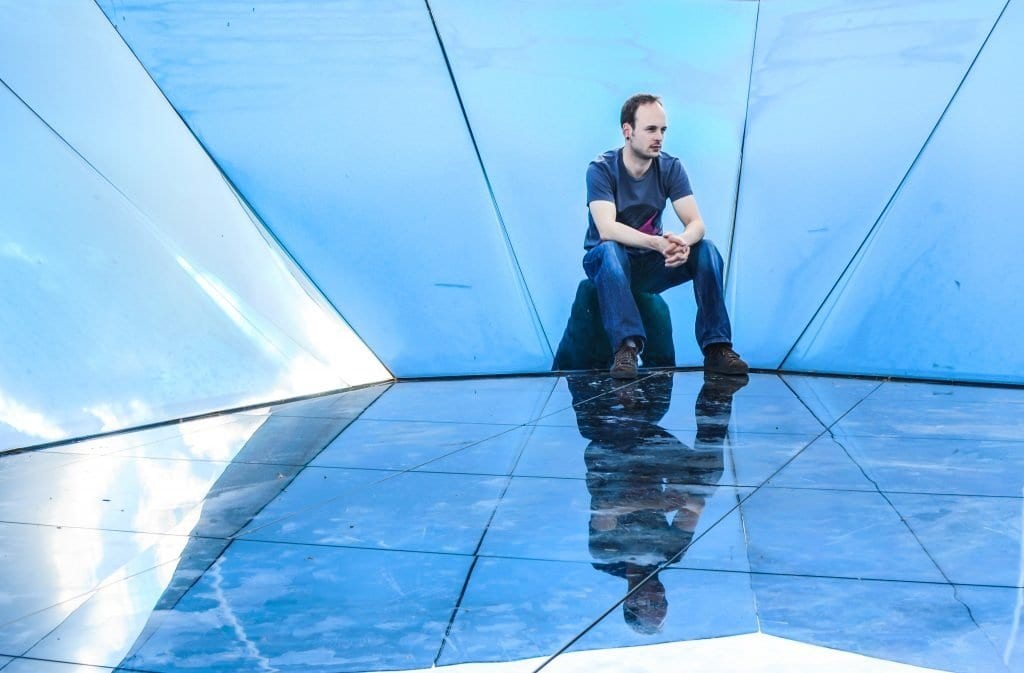 Have you ever walked down the street and noticed an interesting sound?

Evan Vischi, aka Hybris, does all the time. That’s why he carries a recorder with him everywhere he goes. Every time he hears something remotely different or interesting he records it before contorting it out of recognition and sampling it into his music.

It’s one of the many reasons his tunes have picked up the ears of Metalheadz, Dispatch, Plasma and, most notably, Invisible Recordings.

It’s on Noisia’s tour de force on which the American producer served up his latest offering: the hefty eight-track Extraction EP, which is every bit as heavy as the name suggests.

Read on to find out the reasons behind his track names, what it’s like in Noisia’s studio and more…

Hi Evan, How’s it going?
Pretty good thanks. Usually I have a massive hangover at the start of the week but at the weekend I decided not to drink while DJing for the first time in my life. Not being hungover is a very nice and unusual feeling.

Congratulations! Was there any reason for your one-off sobriety?
I’ve got a kid now so I’m trying not to go out as much. My daughter is almost a year old and I’m still getting used to it. We both operate at very different hours of the day; I’m not a morning person but she most definitely is…

Even bigger congratulations in that case. Why did you move from America to Prague ten years ago?
There used to be a really good drum & bass scene in DC but then it all crashed and burned when they passed a legislation which made it possible for the authorities to bust electronic music events as if they were crack houses. Every drug charge someone got slapped with at events also got passed onto the promoters, which meant they could go to jail forever. It really discouraged electronic music and forced a lot of clubs into closure. If I wanted to carry on with music I had to get out.

That sounds terrible
Yeah man it was pretty shitty for a while so I wanted to see what it was like in Europe. I ended up in Prague and it turned out to be an absolute drum & bass Mecca! It suddenly blew up after I moved so I timed it very well. Before I moved I didn’t even know if they knew what drum & bass was here, but I soon found out that they definitely do.

Speaking of America, you must’ve been delighted when Donald Trump was elected?
Ha, good one… It’s safe to say I’m not his biggest fan. It all feels like a weird episode of Black Mirror. People say Hillary might’ve been worse but I don’t think that’s true; she has some dirt but Trump is a fucking moron and everyone can see that. It’s only a matter of time before he does something really bad, especially with the advisors he now has and his cabinet. People say “how much will he really do?” but he’s got a majority in both houses of Congress, whereas Obama met a lot of resistance. People will see very soon just how much he can do.

Tough times ahead. Some producers base their music on things that anger them, such as politics, do you?
It definitely shapes my angst but I don’t actively consider those feelings when making music. The concept sometimes comes when the song’s been developing for a while but I don’t sit down and start writing music based on the mood I’m in. I’ll usually just mess around and experiment until it finally forms something.

The track Extraction definitely sounds like you hated something or someone when you made it…
Haha, not really to be honest, I just love techno music and feel like that 4×4 beat isn’t used enough in drum & bass. It sounds angry but it’s not really loud; it’s cleaner sounding. It’s sinister for sure but not too aggressive, which is the balance I wanted to strike. I was a bit nervous when I first opened with it in Vienna, but Ant TC1 was immediately like “what the fuck is this!?” which was the perfect response.

And it’s got a very unique feel to it
That’s good as mixing things up is the name of the game for me. I’ve been making music for so long now which means I get bored quite easily. I don’t think it’s that crazy different but it’s different enough to keep it interesting for me. People want producers to be different but not too different, which can be a difficult line to ride.

So it’s about keeping it fresh for you more than the listeners?
Kind of, I guess. I couldn’t sit in the studio and make 100 drum & bass tunes which sound like they’ve already been done before, I need to figure out something weird for myself to keep it new and exciting.

Your song names are definitely unique, especially on this EP!
Cheers man! A lot of the time my song names don’t mean anything because there isn’t a concept. There’s usually a sound design concept which takes shape but it’d be dishonest of me to say there’s a meaning behind every tune.

So there’s no meaning behind Don’t Touch My Face, for example?
That’s actually one of the least meaningful ones ever haha. There’s a synthesiser I used on it which sounds really horrible. In high school me and my friends would always stick our fingers in each other’s face and say “face touch!” to annoy each other and the response would always be “don’t touch my face!” and that’s the vibe I got from the synth I used, so I decided to name the track after it.

Fair enough. How about Filter Bubble?
Okay there is actually a bit of meaning behind that one. A filter bubble is the idea that we’re stuck inside our own little online worlds and there are algorithms which dictate what we see online. It edits the world exactly how it thinks we want to see it, which isn’t good at all. The synths I used on that track sounded bubbly and filtery, so I thought it would be a cool name. I then found a video of a man talking about filter bubbles on YouTube so I sampled it and used it in the track.

Is it true the EP was going to be called Rubber Ducky at one stage?
Yep! I liked that name as I didn’t want it to have too much meaning. I mentioned it to Noisia and they were definitely not on board… I eventually managed to twist their arm but then ran it by a few friends at the pub and everyone was like “no way man, that’s awful” so I decided to call it Extraction instead. I figured it sounded a bit more drum & bass and slightly less ridiculous.

I hope they weren’t too pissed off! How have they helped your career?
It’s been really great knowing them, they’ve helped a lot. They played a song of mine on a radio show in Australia and after I saw they’d played it I messaged them to say thanks. They then asked if I had any more tunes to send over and from there we made the first EP on Invisible about five years ago. They have always been really cool at providing a home for my music.

What’s it like being in their much talked about studio?
Mate, it’s just bizarre being in a place which is that perfect! There aren’t many studios like it and you don’t get too many opportunities to work in them. They have three pods built into a giant space and if you close the door it gets very uncomfortable because you can hear everything, even people breathing, so you have to open the door for some background noise or else you go fucking insane. In my studio there’s noise all the time because there are studios used by rock bands just metres away from me!

Why do you carry a recorder with you everywhere you go?
Because a lot of stuff sound cool, basically. On Saturday night in Toulouse for example I got back to my hotel after my set and while having a piss noticed that the air conditioning vent above me sounded really dark, so figured if I recorded it and edited it, it would sound really scary in a track. I’m always on the lookout for things like that.

I was worried you were going to say you recorded yourself having a piss then…
Haha! No, I don’t think people want to hear that on the dance floor.

I think I agree with you on that one… Are there any unusual samples in the EP?
In Insect Mating Dance there’s a noise which sounds like a dog barking but it’s actually a rapper which I pitched up a few octaves to make it sound like one of those robotic dog that yaps and flips. For Bottle Collector I sampled the bottle collecting machine at the supermarket where you return beer bottles. It makes quite an interesting sound and makes up a lot of the intro and breakdown, which is obviously where the name for the track came from.

Extraction is out now… 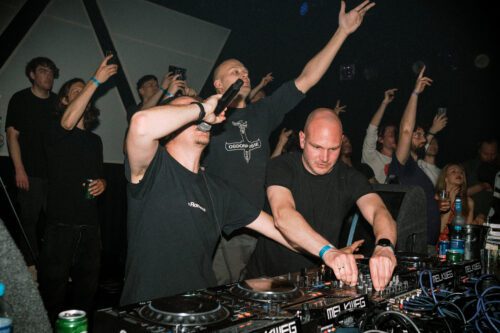 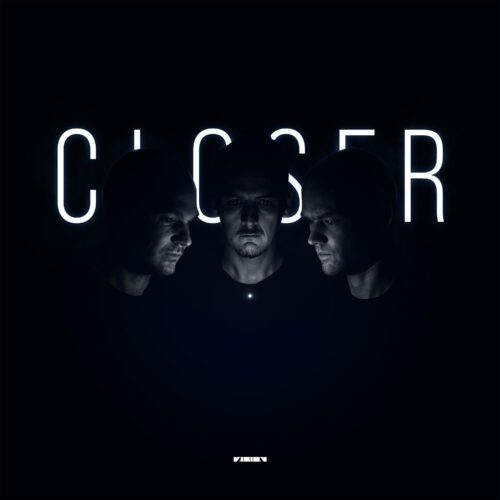 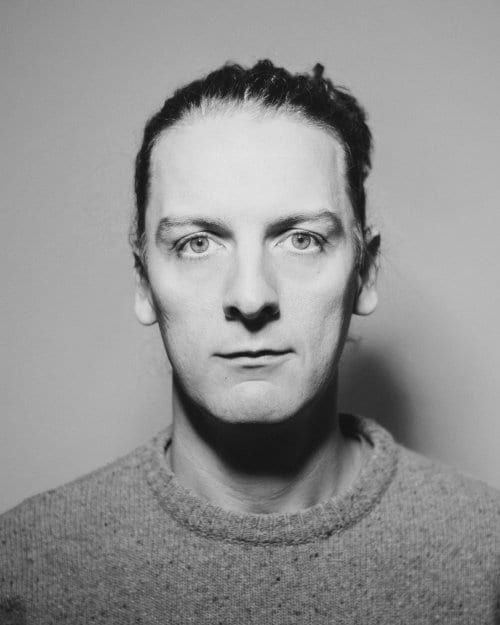