Once strictly rowdy bois determined to melt your skin with their basslines from 50 paces, their sound now encompasses so much more from trap to bassline to much deeper beats. There’s even talk of drum & bass tracks landing from the GC camp in the near future.

But first, Gully Mode. Released on Zeds Dead’s consistently on-point Deadbeats imprint, it ranges from the sleazy, trippy hip-hop-flavoured title track with Watson to the delicate emotional vocals and fatty late 2000s style bassline of Never Alone and includes killer collaborations with Kavale and Blunts & Blondes in between. Sonically heralding a new chapter for the trio as they continue to set their sights higher and wider, here’s where the lads are at right now…

Gully Mode… Is it okay to say it’s the sound Gentlemens Club maturing?

Soloman: I’m glad you’ve said that. That’s what we were kinda going for. We’re just trying new things and ideas.

I’d imagine this is what you’ve always wanted to do but now you’re at the right stage to do it?

Coffi: Yeah I think that’s fair. We’ve always drawn from lots of different influences and loved different things but this was definitely the EP where we’ve really translated those influences into our music a lot more. It’s nice to explore and expand more.

Soloman: It’s definitely a step in the right direction to where we want to be. We’ve got EPs coming out later this year which have no dubstep at all so this is a teaser for what we’re doing. We’re becoming a multi-genre act. We want to do dubstep, bassline, drum & bass. Anything that’s bass orientated, we want to be doing it. This is one step in the direction we wanted to take.

Coffi: Totally like that. Actually massive shout out Zero by the way. Sick producer!

How did the Zeds Dead link-up happen?

Soloman: We met them late last year. We were asked to do a remix for Lights Go Down and that went well. So, we did a single on Deadbeats and the releases kept flowing from a remix to a single to some two track releases and now EPs. There’s more to come later this year. We love what Deadbeats are all about. They’ve been really welcoming. It feels like home.

Did they link you up with the vocalist Kavale?

Soloman: No, he is from Toronto though. We find them ourselves. I like to look through Spotify and Soundcloud and find artists who have really low plays and see who’s up for working for us. We did that on our last Deadbeats release with a guy called Que Fieri. That tune’s done really well now. It’s almost like A&Ring in a way. We’re finding these unheard talents and getting them out to the world. A lot of these artists don’t make electronic music at all so it’s fresh for them and they’re jumping at the opportunity.

Must be like finding a needle in a haystack!

Soloman: I usually go through the ‘fans also like’ section. So I just follow the links from there. Some of these guys are crazy talented and deserve so much more recognition. They’re amazing to work with so everyone wins.

And they add a fresh perspective to the music…

Soloman: Totally. You have singers who are already killing it in our scene, so it’s nice to get some fresh perspective from artists beyond the scene. It’s also good to spread the word about our music and represent from our side as well; singers who’d not thought about working with electronic artists or dubstep artists. It’s important to do those types of link-ups.

Coffi: I started that one. I just went out to make something that was a proper bop. Just a bopper of a song, you know? I sent it to the boys and we agreed to send to him Blunts & Blondes because it felt like it would lend itself to his style. He was well up for it and it just came together. He was super excited to be on this. I’m sure we’ll be making more with him in the future. He’s a really good guy, just really open minded to ideas.

Speaking of ideas, you mentioned drum & bass earlier… Can we expect some Gentlmens Club D&B bops in the future?

Soloman: We’ve got a few in the works now. We have two collabs with two very reputable producers. We’ve got a tune with MC Spyda and a liquidy jungle tune. We’re just waiting for the right time to put it out on the right home. We’d love to work with some of the established labels who’ve inspired us on that tip. We’d love to see how far we can take it.

Soloman: Too much! We were sitting on loads of stuff anyway but now we’re looking back over things we did last year which we wanted to release and they’re not as good as what we’ve got now, which is kind of a shame…

It’s that constant quest and pursuit for perfection…

50 Carrot: Exactly man, all the time! That whole EP for Deadbeats was produced pretty much this year.

This year? We’re not even out of March yet!

Do you still start projects independently and send them around each other?

Coffi: Yeah, we all work independently then pass ideas we’re feeling around until we’re all happy with it. It’s been a great way of working so far.

But a pain when updating things / adding new bits?

Soloman: Yeah it’s a pain in the arse when we all have to upgrade. But it works for us so we’re happy with it.

Awesome. What else does the world need to know about Gentlemens Club?

Coffi: For everyone to stay safe. We were meant to be doing the biggest Australia tour we’ve done so far but have postponed that for now. Just look after each other and the raves we have when this is over will be a whole other level.

Gentlemens Club – Gully Mode is out now on Deadbeats 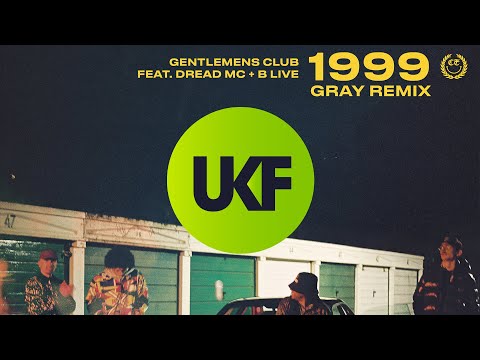 Gentlemens Club ft. Dread MC & B-Live – 1999 (Gray Remix)
AUDIO
0 shares
SIGN UP NOW & STAY LOCKED!Sign up to our newsletter to keep up to date with the latest streams, news, and events, all tailored to you.