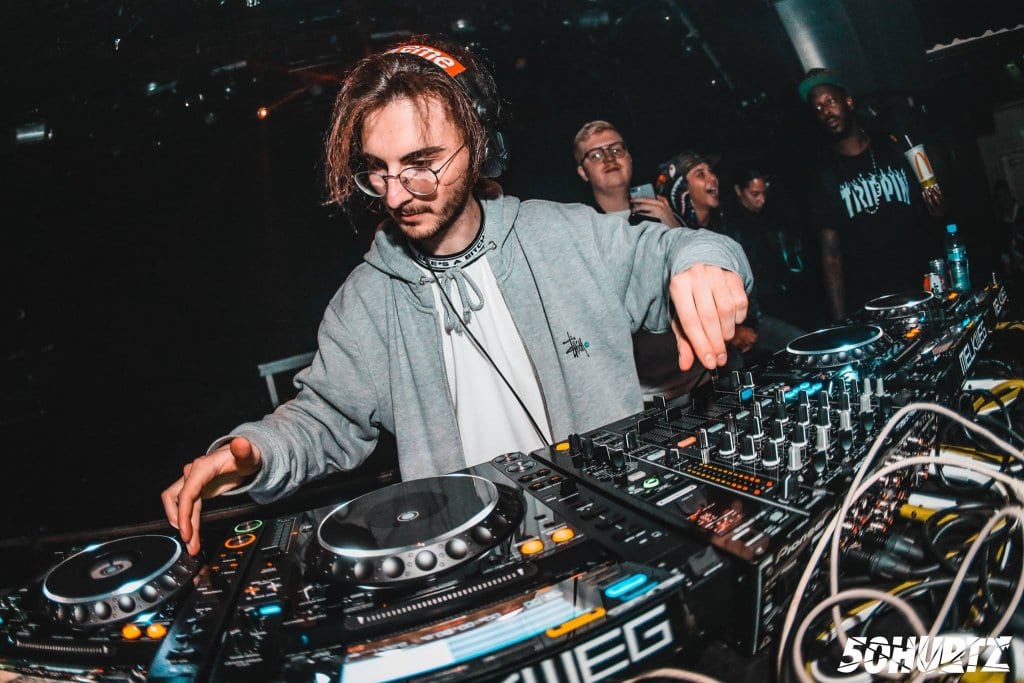 It’s hard to imagine a riddim lord being as young as 20, but here we are. Monsters crew member with six years of production and releases on the likes of Circus, NSD Black Label, Disciple, Round Table, Smog, Savage Society and Duploc already under his belt Infekt could definitely be described as one.

If not by his body of work and affiliations so far, then definitely by vision, attitude and roots. Blooded by the sounds of Subfiltronik, DJ Shiverz and Coffi back in the early 2010s, religiously tuning into their Dubstep FM broadcasts, Infekt – real name Christian Fial – is driven and inspired by the original riddim aesthetic. Deep, roomy, moody and danker than a swamp sleepover, Infekt’s sound is savage yet spacious, twisted but not always tearing and it’s being supported across the bass spectrum as the likes of Cookie Monsta, Funtcase, 12th Planet, Kill The Noise and many more big guns flex his textures.

The hype continues to rise with more attention, bookings across Europe and demands rising. Following his cameo appearances on Funtcase’s DPMO album and Disciple Round Table’s launch album, Infekt is now set to deliver a full EP for the 12th Planet-curated imprint in the near future. We rang up Germany asked to be directed to the riddim lord department…

You got into this pretty young, right?

Yeah before I even knew what dubstep was. My dad randomly saw this software in a magazine. I thought it was cool but never really got it… Until I discovered dubstep. Then I got really into it.

Yeah 16. I tried to make hard dubstep at first but got more into the darker stuff and that’s when I got into making it more and more and got into the smaller scene of the deeper stuff. I guess it’s easier to find people to release something in a small scene like that because there because there are less of us making it. Someone discovered me and wanted to release stuff. We put together a little EP of things I’d already made.

They found you on Soundcloud?

Soundcloud was always my outlet. It still is now. I’d just make something and put it up and people would find me exclusively through that. That’s how everything I’ve made has been found.

2013 was an interesting year to come through. The year it went back underground after the big commercial peak.

That’s the thing with the underground. When you see these producers you know they’re making it for their passion. There’s no money here so there’s no other motive. That’s what I love seeing.

The term riddim was just coming into circulation back then, right?

Only just. It was funny. There was a forum where people would put their free releases up and at some point you had the categories all mixed up so the heavy stuff and deeper stuff was too mixed up. So someone made a new category and called it riddim. They picked a random word for it and put everything that fit the idea of riddim into there. All the OG people hated the term but then it got more and more popular and now everyone uses it.

Totally. There was a radio show on Dubstep FM and every Saturday with guys like Coffi, Subfiltronik, Shiverz and The Gremlin. They were playing crazy new shit. Especially Subfiltronik. They were all from the crew I’m in now – Monsters. I was so inspired by their weekly stream. I’d get so fired up and try to make that sound myself. Then at some point I was able to join them. I played a show in front of them and they asked me to join.

No pressure then! Were you playing a warm-up set?

It was a night in Belgium and I was playing with a few of The Monsters and the main guy Shivers. They were watching what I was doing and producing but they wanted to see me play. To be in the crew you can’t just have production skills but mixing skills too. They wanted to see I could mix and they were impressed I guess.

You’re not a reluctant DJ like some producers then?

No I love it. It’s not just a way to make money, it’s a lot of fun to play my tracks and see how they work on the dancefloor.

So did it take off straight away when you joined Monsters?

I did a few releases pretty quickly and a lot of people already told me I’d fit with them. Everyone got hyped about me being in Monsters. People liked seeing me on there and through those tracks I released and appearances on Halloween EPs and Monsters nights in Belgium. I just grew into it or grew with it.

It’s almost like it’s mainstream now. Like it’s on a level where we never thought it would get. It’s not even underground any more. There are a few people peaking out from the underground and doing massive things. Bukez Finezt is one of them.

Bukez is a great example of working with everyone. He’s been on everything from Firepower to Deep Medi. You’re heading in that direction – working with Disciple Round Table and recently on Funtcase’s DPMO series on Circus.

It’s crazy seeing Bukez Finezt on Deep Medi – it’s so inspiring. He can do everything and do it so well. So yeah that’s an inspiration and what I want to do. Being on Circus is especially mindblowing. They inspired me so much when I first got into dubstep so to even have one track out with them is pretty special for me.

Who was the first big supporter of your stuff?

There was a video of Cookie Monsta playing a track of mine. That was crazy to see. And Kill The Noise played a track of mine on his mix. I was like ‘what?’ Kill The Noise? Is this for real? I make riddim, I make underground music and Kill The Noise somehow finds my music? That’s incredible. I inboxed him on Twitter and asked to send him more tracks. That’s also how I got in touch with Funtcase for the DPMO album – I messaged Cookie Monsta to see if it was him or Funtcase playing my tune because they were playing b2b. It was him and that’s how Funtcase heard of me.

Let’s talk about riddim. It’s all dubstep round here. But if we had to define the two where do you draw the line?

There are definite differences – the main one being that dubstep has that energy of being hard and tear-out and right in your face. Riddim gains its energy through much more of a flow and not just being crazy in your face stuff. It’s a special flow that makes you want to move in a certain way. Not only that but it also has a certain darkness and of course a repetitiveness that makes energetic in a unique way.

There’s more space in those types of tracks too

There’s space, there’s reverb, there’s atmospheres and super dark textures. Of course there’s crazy sounds but not quite so in your face but gnarlier and making you want to move.

So it’s not just all dubstep to you at all is it?

I would say so. The biggest influence on riddim is Subfiltronik. If you listen to the music he made in 2012/2013 that is blueprint riddim. That’s the energy I’m looking to make, always. Those years had such an impact on riddim. The heads who were around back then, including myself, have a very defined and particular view of what we’re looking for. I would say that’s riddim because it has that specific aesthetic. It’s very different to heavy dubstep.

Do you worry that you’re limiting the gene pool a bit if so many ideas have been used and you’re just after a very definite sound?

I miss that old school 2012/13 sound but I want to bring it back and developing it a bit more instead of going harder and harder all the time. Having that dark energy instead of in your face energy.

I think that speed has gone up in dubstep because of that need to get more and more in your face. Riddim can work at 150 but it’s a different vibe, it’s possible to do it and I’ve tried to do it before but it works better with the OG flow.

The guy I’m most excited about is Spass. It’s a secret alias of another guy and he’s making exactly what I’m looking for. They’re very different tracks but they stick to that vibe I was talking about. When I play one of his tracks people get so hyped. This is the stuff everyone wants. He’s the guy who inspired me most in the last year. There’s a lot of young guys coming through who are exciting too – Wiggum, from Australia, or 5ohman. They’re the guys I want to support and I think with artists still working with that attitude and really help riddim retain its unique groove. There’s lots of cool things happening right now, for sure… 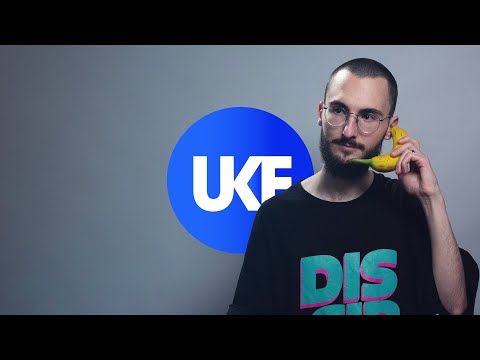 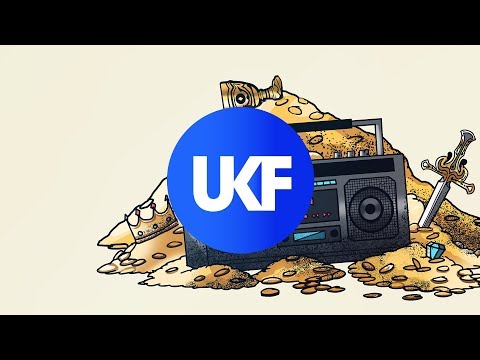 INFEKT – Boombox
AUDIO
0 shares
SIGN UP NOW & STAY LOCKED!Sign up to our newsletter to keep up to date with the latest streams, news, and events, all tailored to you.