Insider Interviews: a chance for our writers to put their feet up and get the DJs to do all the hard work for a change.

Hot on the heels of our epic mano-a-mano between Icicle and Proxima we’ve coerced Shogun head honcho Friction and his label mates Technimatic to interview each other. Not just to watch Technimatic squirm as they potentially embarrass their boss in a public interview but because the three of them have created this storming co-lab between them as part of Friction’s VS series…

“Doing the whole VS project has been an awesome exercise,” says Friction. “It’s about getting in the studio, working with people I rate and making some proper, undiluted dancefloor tracks.”

Ironically this particular collaboration was done online in separate studio spaces. So we gave them the opportunity to have the banter they’d have shared together in the studio on Skype. Read on to find out more about brand new Technimatic material, Friction’s fashion tips and what was actually happening during last year’s hilarious Frictionlean meme…

The Frictionlean was a very of-the-moment and organic move. There was no masterplan. What was funny about this is my manager caught that picture while the tour manager was trying to throw him off the stage!

Andy Technimatic: Let’s keep it sensible to begin with. Who has been the hardest person to collaborate with during your VS series so far?

Friction: To be fair, all of them have been great and smooth really. I thought Total Science might be trouble because they’d want to go on the piss all the time but that worked really well. We got a good vibe going that came together so nicely. If I’m honest it’s going to be Jakes. He’ll slap me for saying this, but I did have to hound him because I really wanted his vocals on the tune. But he’s so busy with everything he does, it took me a long time. I had to literally stalk him for a bit! But it was worth it. I’m very pleased how it came about.

Pete Technimatic: I’d love to see Jakes give you a slap!

Friction: A lot of people would! My question now… Were you surprised how quickly our tune came together considering all you do is drink fine wine and eat cheese all day?

Pete Technimatic:  Ha! I guess the one thing we were slightly apprehensive about is the fact we’ve not really collaborated with anyone. Only LSB but that’s it. So it was a bit of strange one. Especially as it’s the boss of the label! If it turns out badly then contracts are in the shredder!

Andy Technimatic: Also, you all want to have your own character in the track. So balancing the production styles is a bit of a worry. But it all came together. We think it’s got both of our styles on there.

Friction: I think musically it’s very Technimatic, but the drums and energy lean towards my style. That worked well. Working to your strength in any collaboration is an important thing. The killer steps are when it comes towards the end; it’s those final little touches once you’ve got the track down. That’s the main compromise on a collab.

Andy Technimatic: There was also that time right at the end when we emailed you about the level of a synth and you came back saying ‘yeah yeah yeah, that will be sorted in mastering’…

Friction: Ouch! Yeah, I have to hold my hands up. I had the whole office and management on my case saying ‘what the hell are you doing?’ For two weeks. Sorry about that. Generally it went well though!

Pete Technimatic: Definitely. So… You play so many gigs. Even with the amount we’ve played, they start to blend into one. You’ve done it every weekend forever. So how do you remember certain shows or recall particular ones and think ‘yeah, that was the one?’

Friction: I think touring and doing lots of gigs do blur a little. You get the crazy times in the summer when all the festivals are coming in, and you get these incredible tours of countries like Australia… When it’s all condensed then they can mash up a bit in your memory but you always remember the really good times. But, more importantly, I’m not bored. It’s never become a job.

Pete Technimatic:  Okay, so give us a favourite gig recently…

Friction: This will sound cheesy, and I do love playing those huge 6000-7000 style festival ones, but the best ones are the Shogun gigs where everyone is there. It’s so funny. I love that. I love the banter between the guys and it’s all a bit of a jolly and a laugh. Whether it’s London or Outlook when a load of us are there, they’re all really good fun.

Would these disagreements be the result of a particular wine or cheese overdose at any time?

Friction: My question now. Because of your lifestyles you work on solo ideas separately and send them back and forth. Are you more comfortable working like that, or would you prefer to be in a studio together more often?

Andy Technimatic: It’s funny you say that. Today is a rare day we’re both in the same studio! The beauty of being in the same room is being able to make decisions quicker. I can spend three or so hours on an arrangement or effects or melody only to get completely shut down the next day with Pete saying it’s shit!

Friction: So Andy, what’s the percentage of times you’ve made something one night and woken up to an email from Pete saying ‘nah mate, it’s shit’

Andy Technimatic: About 99.9 per cent!

Pete Technimatic: The silence over email is deafening. He’s probably had to go for a walk somewhere or put pins in a voodoo doll of me! There’s a lot of passive aggressive vibes going on but we get there. For me, I’m always trying to inject more trumpet solos and trombone riffs and Andy’s always shutting them down!

Andy Technimatic: Pete’s got this incessant need to include Rhodes solos. I always shut that down!

Friction: Would these disagreements be the result of a particular wine or cheese overdose at any time?

Andy Technimatic: You know we haven’t drunk anything today. It’s the longest time we’ve ever spent together not drinking. I don’t know if it suggests we’re getting more professional or more boring

Friction: There are positives and negatives to be found in that…

Pete Technimatic: More negatives I think. Our question now: tell us exactly how many black tee-shirts you own!

Friction: Oh for God’s sake! Maybe about 20 or so? All with different lengths. If I want to go somewhere formal I won’t draw for a ridiculously long tee.

Andy Technimatic: Oh yeah sure, that would be a nightmare. Would you ever tuck a t-shirt in?

Friction: Only if it’s an undergarment! Like if it’s winter and you’re going to the football and it’s nippy. My general rule is never tuck. Ever.

Andy Technimatic: An exclusive fashion tip from Friction there!

Friction: I’ve got no other fashion tips to give, so make the most of that. So you guys have had a hugely successful, award winning album. When are you going to hurry up and give me the next one? And are you looking forward to the A&R process with yours truly?

Andy Technimatic: No not at all!

Pete Technimatic: We’re very conscious that the first album was well received, so we don’t want to wait too long to give people another. We weren’t prepared for how much it would take out of us creatively. When we finished we didn’t want to write anything for a while. We felt we’d given so much of ourselves! But we’ve started getting into the swing of things; we’ve got some bits you’ve already heard and hopefully the second one should flow naturally. First things first; there’s the EP nailed for summer, which will be our re-entry into the D&B world. But to give you an impression of where we’re at. We’ve got an album title’s board and it’s looking healthy. There’s a good 15 names.

Andy Technimatic: By the way, we LOVE the A&R process man. As much as we hate to admit it, 95% of the time Friction is right.

Friction: Can we make that the headline of the interview? Friction is right about things 95% of the time? It’s a fair assessment. The other 5% is utter bullshit or me winging it! I always get found out, too.

Pete Technimatic: You do! So… Last question. After the success of the #Frictionlean have you got any dance moves lined up for the summer?

Friction: It’s hard to say! The Frictionlean was a very of-the-moment and organic move. There was no masterplan. What was funny about this is my manager caught that picture while the tour manager was trying to throw him off the stage! They hadn’t met before and he was gripping him up off the ground. He had no idea who my manager was and thought he was some dick taking pictures. So that was mad in itself. I think it’s important people know the initial trigger of the phenomena was you Pete. You did the first photoshop and everyone got on board… Including UKF! What I will say it’s cost me a lot of trips to the osteopath and yoga sessions… You never know, though, I’m always trying new moves. Keep watching. 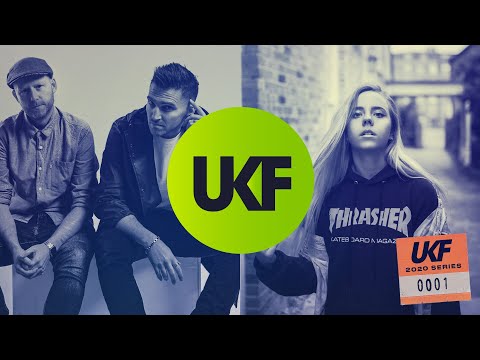 Technimatic – Lakota (ft. A Little Sound)
AUDIO
0 shares
SIGN UP NOW & STAY LOCKED!Sign up to our newsletter to keep up to date with the latest streams, news, and events, all tailored to you.