Out this week, Emperor & Mefjus’s Hello World EP on Critical Music is a four track beast that boasts two remixes of each other’s work and two elephantine co-labs. UKF snapped up the lead track Disrupted.

“Conor (Emperor) had Disrupted done ages ago, he played it at Fabric and I was like ‘wtf?’” exclaims Mefjus. “I asked if I could do any more on the mixdown. So we worked on that and he also sent over the eight bars he’d done on Void Man Void.

“It wasn’t anything special,” Emperor shrugs. “Mefjus completely flipped it by changing some key elements and making it punchier. We thought as seeing I’d done most of track, Void Man Void should have more of him in.”

Both tracks, and the remixes, rep D&B at its most contemporary level. With two players of this calibre working together there was only one thing to do… Get them to interview each other. Read on for telling thoughts on the D&B scene, VIP naggers and shameful live shows.

Emperor: how long do you spend mixing down a track only to decide it sounded better when you started in the first place?

Mefjus: Ha! I think I had 22 different versions of one track before. I’d spent two months of my life on it before going back to version one. Some tracks mixdowns come really easily but other ones are such a pain in the ass!

Emperor: That’s why I loved Void Man Void, we had two separate pairs of ears so we knew when it wasn’t working or getting weird we could scrap it and not just keep on going over it again and again.

Mefjus: I liked the fact you had FL Studio with you in my studio. When I thought ‘okay the mix is alright, any ideas?’ I bounced you the stems and you just made that sick second break in one hour! That was a really cool moment.

Emperor: Yeah it was refreshing to work in that way. Before we did this EP I’d been doing the same thing I’d asked Mefjus about; spending hours and hours of mixdowns. Sometimes you have to stop and tell yourself ‘this is shit!’ and scrap it!

Mefjus: If you had one chance to change one thing in the drum & bass scene what would it be?

Emperor: Just for people to be a bit more open minded about newer ideas and newer sounds and producers branching out into other creative genres. For me I feel there’s only so much I can do within D&B. When I do my downtempo stuff it’s a lot more musical and melodic and I feel I put more of myself into it. I still love writing drum & bass but when I put up something different I get comments like ‘this is shit! More D&B!’ And when I read those type of comments I can definitely see why people are driven away from the scene.

Mefjus: Some people are very narrow minded. Even the big names… When you make a weird groove that’s a bit tricky to mix then you get loads of DJs moaning ‘ah it’s not DJ friendly! You can’t mix this! It’s shit!’ I hate that type of rigid mindedness.

Emperor: I think it’s better now than it was a few years back. People are a lot more open minded about what you do creatively and how you deliver it. Disrupted is a classic example; it’s drum & bass but it’s pretty weird! I don’t know if we could have got away with that before.

Mefjus: Yeah I’m not sure we would! Given your musical education and skill, what do you make of “live” drum & bass?

Emperor: Contentious! I do think the ‘live’ element when all people are doing are triggering samples over a backing track is pretty dishonest. You pay more money to see a live act and just to see them pressing buttons, it’s a bit of a rip off. I’ve done it myself… I’ve spent a lot of money going to see my favourite artists and it turns out they’re just pushing a few buttons, doing the bear minimum to get more money. I disagree with it.

Mefjus: There’re only a few people who can call themselves live acts, right? Like Icicle. I played before him at a show and the stage was full of gear and I thought ‘woah, what’s going on here?’ Then he stepped up and built every track from scratch with his equipment. It was a real ‘what the fuck?’ moment! It was amazing. THAT’s a proper live act!

Emperor: Agreed! So what are your plans over the next few years in terms of your album and your mindset?

Mefjus: I’ve been working on my album since September and I’m trying to get rid of that stereotypical techy label that people are putting on me. I’m going back to my roots a bit and finding inspiration in my funk and hip-hop roots. I’ve learnt a lot of new techniques… I’ll never rely on the stuff I already do know, I’m always trying to push myself as an artist. The album, and other music, will still have my attitude but there’ll be more to them as well. I’ve tried one or two of the tracks I’ve done so far in my sets recently and the feedback has been great. I’m looking forward to finishing it all off!

Emperor: Looking forward to hearing it too!

Mefjus: Thanks. What are things you love and hate the most about working in FL Studio?

Emperor: I love the insanely quick workflow of it. It’s the only DAW I’ve used that suits my lacklustre attention span. I scrap ideas so quickly because they don’t sound good. In FL Studio it’s easier to drag something in, mix it and move on. I adore it for that. But I hate when you’re exporting stems for a project you have to export each single one individually… Which was a serious issue when I send stems to people to remix! I was going to ask the same thing to you! What do you love and hate about Cubase?

Mefjus: I love being able to work with the waveform and manipulate it. You have complete control over everything. What I hate is how slow it is when you’re modulating sounds at a certain level. In FL Studio with mid range modulations, you can take a sample and have a fat reece sound pitching up half an octave within two minutes… That would take two days in Cubase!

Emperor: I couldn’t handle that!

Mefjus: How did you feel about the Monolith VIP situation? And will you do any more VIPs in the future?

Emperor: Yeah I did get really annoyed about that. Every time I played a set people would run up and say ‘what’s happening with Monolith VIP? When are you putting it out?’ It was nice that people were so into it but it was too much. I chatted to Kasra and we decided to give it away for free. I know it also stands for Variation In Production but it generally used to be for VIPs… Only in circulation for a select few DJs. When I do a VIP I only send it to you, Kasra and maybe one or two other friends.

Emperor: Yeah. And everyone expects it to be released. So the specialness has been lost. Especially when you’re playing every weekend and you made the track a few years ago, it’s nice to have that special version which gives you the edge in your set. It’s not meant for everyone.

Emperor: I had people messaging and calling me who I’d never spoken to before. The way things are with the internet, it’s so easy for people to get in touch and they think there’s no harm in trying. But for me it’s actually quite offensive!

Emperor: Final question now… How does Mefjus relax after a long day in the studio?

Mefjus: Well the summer is round the corner and I’m back on the skateboard! I need some physical outlet to get my mind off the studio. You need to get your head off the mixdowns and away from the solitude. How about you?

Emperor: I just play video games. I never leave my house. Ever. 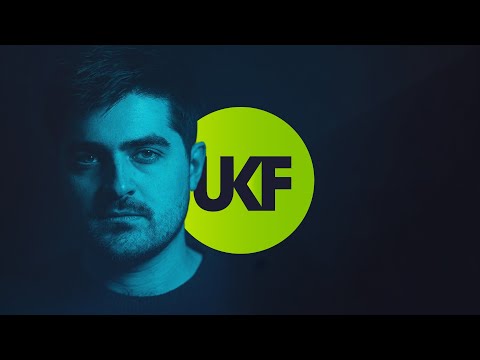 Emperor – All I Ever Wanted
AUDIO
0 shares
SIGN UP NOW & STAY LOCKED!Sign up to our newsletter to keep up to date with the latest streams, news, and events, all tailored to you.