Sam Binga & Breakage: Ships that regularly pass in the DJ booth… Yet they’ve never actually shared a moment in the studio together.

We reckon it’s only a matter of time, though… And when they do, they’ll smash the dickens out of it.

Exhibit #1: This week’s remix-swapsie EP on Critical Music on which Binga’s switched up Breakage’s 2005 skanker Staggered Dub and Breakage has returned the favour with beautiful twist on Binga’s Mind & Spirit.

Exhibit #2: The following conversation between the two of them. Loosely based on an interview but more like two guys sharing a similar vision and sense of humour, it’s one of the most candid Insider Interviews we’ve done to date.

UKF: How did this all come about then?

Binga: A prime case of Sam Binga cheekiness! I did a Critical DNB60, it was the first Critical one and I really wanted to go in deep and put my own spin on some of the classics from over the years. So made a bunch of edits without asking anyone and played them on the radio!

Breakage: I didn’t listen to the show so I didn’t even know until you sent it to me direct. I was just pleased it wasn’t shit! I heard it and went ‘okay, this is a nice surprise!’ So for a while we just sat on it and kept it between you, me and Kasra then I think you suggested a white label or something?

Binga: Yeah that was the original plan then Kasra suggested a remix from my album and picked Mind & Spirit. Luckily you were feeling that one as well and it happened…

Breakage: With remixes it’s always the worry that I can’t change anything or put my twist on it. If I can’t immediately hear remix potential, then I say no because I know I’ll just be frustrated when I’m trying to write it.

Binga: Yeah, if I love a tune too much I can’t remix it.

Breakage: Same! I can’t do it. Classics especially… How do you add to something that’s been done so well and is so influential? I had a request to remix one of my favourite tunes ever by the guy who made it. I was like ‘thanks mate, I’m going to decline but I suggest you get no one to remix it’ It’s been taken to such a level that no one could do a good job.

Binga: Agreed! You can make things different but do they need to be different? Unless I can put it in a different genre or tempo or something pretty radical then it’s like ‘bruv, this is perfect, don’t touch it’…

UKF: Hold up… How about Om Unit’s remix of Shadow Boxing? Even perfect classics can be remixed sometimes.

Binga: Who’s interviewing who here? This interview is OVER. But seriously, in this example the original – which is an absolutely classic, agreed – had loads of space which you could do something with. Many tracks don’t. For example, does the world new a remix of Voodoo Ray?

Breakage: I bloody don’t. So…. What’s the story with your hair mate? You talk about it all the time in a really negative way but it’s clear you love it.

Binga: It’s not the hair so much, it’s everyone’s reaction to the hair. I spent the whole of my 20s – even though I’m 21 now – with a shaven head because I couldn’t find a style I liked. I got shitty wispy hair so I just shaved it. Then topknots came along and I was like ‘okay… I fuck with this’. But every time something comes up online about topknots – like political leaders with topknots or when those guys were going round chopping them off – that gets posted on my timeline about a million times.

Breakage: I’m okay with it to be honest. I wouldn’t go as far as sharing some anti-topknot shit on your Facebook… But I would disconnect from you if you grew a curly moustache.

Binga: No worries there mate, my moustache is wispier than my hair. So… You’ve worked with some legendary vocalists and MCs over the years. Anyone on your wishlist?

Breakage: Good question. I’ve always wanted to do something with Thom Yorke, that would be incredible. Who else would I like to work with? I’m really feeling a band called She Wants Revenge. The guy sounds very monotone and 80s and is very cool. I’d also love to do a tune with Trigga.

Binga: I’ve done a few with him. He’s an absolute gentleman. We can make that happen.

Breakage: Chimpo said that to me years ago but, like a twat, I never acted on it.

Binga: When it comes to MCs, my spirit animal is T Pain.

Breakage: He’s sick. Way sicker than I expected. I saw him in America and he was a lot more talented than I gave him credit for.

Binga: Mate. Buy You A Drank is one of my all-time favourite tunes. Listen to the string counterpoint, it’s amazing. So yeah T Pain is my spiritual animal… Who’s yours?

Breakage: What’s with the hard questions? I was expecting ‘what’s your favourite colour’ bullshit. My favourite spirit animal would have to be…. A sloth. But not a fancy sloth. Just a regular old ‘nothing to see here’ sloth chilling on a tree doing fuck all. Or maybe a badger. A sleepy one. I know you said you’re 21 and I’m fast approaching 22 and it’s hard to keep up with all these guys who are 21 and a half so I need my sleep. Try and wake me up and I get vicious. So yeah, a sloth or a badger or a combination of the two.

Binga: Sounds like the perfect candidate for a Thom Yorke collaboration.

Breakage: Thom can unlock my inner sladger. So… What non-music job would you do if you could?

Binga: I used to have this mad thought that if I failed school and had no options then I’d become a professional cyclist. Which is fucking mad. It’s incredibly hard to do and I don’t have any talent at it. But that didn’t stop the dream.

Breakage: I’ll get you the Lance Armstrong biography for Christmas.

Binga: Dude, I’ve read ‘nuff Lance Armstrong! He was a dark motherfucker. The levels they went to with his doping regime were mad. So deep. So yeah… That wasn’t the life for me.

Breakage: I wanted to be a breakdancer.

Binga: That sounds like hard work for a sladger.

Breakage: Innit. Did you ever see that video of that kid who really wants to be a bin man? His mum introduced him to the bin men and he went mental. He was over the moon. How cool is that? He’ll probably grow up to become a doctor or something but deep down his spirit animal is a bin man. It’s like ‘why am I saving people’s lives? All I wanted to do was pick up their rubbish!’

Binga: Out to the bin men. We’d be fucked without them. Society would be ruined.

Breakage: Maybe we’d become used to it? Rotten meat could be the new mature cheese?

Binga: This green chicken is a fine vintage! So…. What are you wearing right now?

Breakage: A really old t-shirt, black Nike tracksuit trousers and invisible socks but I got no shoes on. So I look like I’m wearing little slip-ons. But I’m not, they’re boy’s invisible socks. Honest.

Binga: I’m wearing a very similar get-up but with no boxers as I used all my pants on tour. I’m doing this interview commando.

Breakage: That’s not the image I’ve got. I imagine you in a silk kimono on a chaise lounge with one leg up in the air like ‘yeah, hi!’

Binga: If that makes you happy then visualise that.

Binga: You been in my wardrobe bruv? Geez….

Binga: Well, as a pro cyclist I’d be out on the roads, training hard and injecting drugs! No, actually it would be on my chaise lounge in my kimono, one leg in the air and a throng of beautiful women surrounding me.

Breakage: Sounds great. Ever considered throwing a roast into that mix?

Binga: Yeah. We’ll stop to go down the pub for a roast then recommence for the afternoon. What’s your favourite Sunday?

Breakage: Oh mate I love it. I’d lay in bed for ages checking my emails and playing Words With Friends or checking to see if people have liked my Instagram post from the week before. Then we go to the dump. I love going to the dump. You feel like such a fucking man down there! It’s like ‘I don’t care about this stuff so much I’m going to drive it all the way to a massive bin and throw it in from a great height’. I love that!

Breakage: Doesn’t it! And you can guess where I’ll be throwing all my music equipment! I don’t care where this UAD Apollo goes because I’m a hardcore tip man now. Sorry… Interview’s over, my new life awaits!

Binga VS Breakage is out now: Support 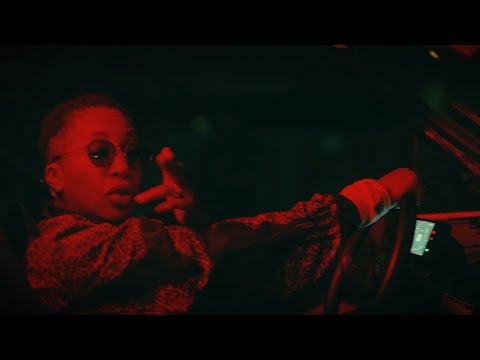 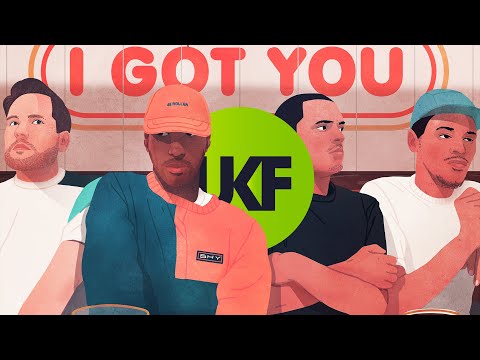 Shy FX, Breakage & Break – I Got You (ft. Tyler Daley)
AUDIO
0 shares
SIGN UP NOW & STAY LOCKED!Sign up to our newsletter to keep up to date with the latest streams, news, and events, all tailored to you.