Crashing into 2019 with the hint of a big new project, Denver’s ILLENIUM continues to raise his own personal game. Breaking through around 2015 on the heavier side of US dubstep, he’s shown a musical versatility and sense of scale that’s taken him to an arena-sized level venues the world over.

It’s been this way since his debut album Ashes. Released exactly three years ago, it revealed a much chiller, more melodic song-written style. It was followed, no more than 18 months later, by an even more widescreen, mainstream sound on his second album Awake.

Now, 18 months later, there’s a sense he’s about to level up once again. Fresh original singles such as Take You Down, God Dammit and, most recently, Crashing have been dropping at regular intervals and the current speculation is that he’s got something very big up his sleeve.

While he won’t reveal exactly what that is yet, he’s definitely given us plenty of hype, context and inspiration… Few artists have rocketed through the ranks in the way this young artist has. But his life hasn’t always been on this trajectory. From incredibly dark times comes some naturally beautiful music. Here’s where ILLENIUM is at right now…

You’re building up to something, we can feel it…

I’m definitely very busy right now. Awake came out September 2017, we toured it, then we revamped the live show in 2018 which I remixed a ton of tracks for and put them out. But now I’ve got a bunch of new stuff I’m working on. What it is, I haven’t officially announced yet. Everyone’s speculating… But it’s going to be a very musical year, let’s put it that way…

Amazing. What’s your natural habitat: On stage or in the studio?

Definitely in the studio. It’s very serene, that’s where the passion was ignited. I love performing now, I’ve come to really enjoy it over the last few years as I’ve got more confident but I’m much happier in the studio.

Interesting. You seem at home in both environments and I couldn’t work out which one came first. I know Bassnectar at Red Rocks was a big influence for you, right?

Yeah he was a major influence when I started getting into this. But I’ve taken in so many other inspirations and influences. His live show is fascinating actually. How he changes it up every set. He’s extremely responsive and switches things up all the time. I’m actually the total opposite and love planning and painting the picture for my live shows. I love having epic moments which I can plan out and time them as perfect as possible.

It’s about the experience…

Exactly. The music is very emotional. It needs to be given to the audience at a certain time and delivered in the right way. You can’t double drop and switch up melodic dubstep in quite the same way.

You’ve still got the heaviness, mind… Gold, with Excision, for example. You never lose that side, right?

Totally man.  I love the heavy stuff and I definitely have a huge fanboy soft spot for acts like KOAN Sound and Noisia and lots of crazy neuro stuff. I love it but I also love the polar opposite.

Different vibes for different times. I think Ashes was the watershed for your more melodic sound wasn’t it?

Yeah definitely. Writing my first album shed light on that for me. I could tell more of a story and it wasn’t just about crazy drops. I mean I love crazy drops but I want to tell a story too and I want to do that with words and be involved in the writing and everything.

Ah I was going to ask if you wrote the songs as well?

On Ashes I pretty much gave the vocalists a blank canvas. On Awake I did more writing and this new project I’m working on has a much heavier involvement.

Do you have an instrumental / musical background?

I can play piano and guitar aright. I’m not great on either but I have a friend who I started writing music with and he’s a classical piano player. He taught me all the skills I have and all the music theory I know. I know a lot now but four years ago I didn’t know anything.

It makes it easier when you know the rules doesn’t it?

Yes, but there is also a benefit of not being extremely trained. You listen for what sounds and feels right instead using your brain and thinking about what should be right.

Music has changed your life completely, right? Your carer now is you coming out of a dark time in your life…

Definitely. Me 10 years ago was not a very pretty sight. It’s definitely crazy how music has changed my life. Unbelievably.

Wow, so you were addicted at really young age?

Yeah I started using opiates I was sixteen. Painkillers and things like that. It progressed over four years to full-on heroin addiction by the end of it.

Oh man. What was the turning point for you? I understand you had priceless support you’re your family?

Yeah I did. The path of anyone going through that is very painful on anyone. I put my family through a ton of shit and they helped me through it. I had many rock bottoms but the last time I used it I overdosed and that was a huge wakeup call for me. What really helped was getting into the music and finding a passion.

Did you wake up in the hospital? That must have been terrifying!

I remember coming to while I was in the ambulance and just thinking ‘fuck’. It was a huge wake up call.

What’s beautiful is that the reason you made that statement is because people had messaged you about the positive affect you’d had on them with your music. Much helps us through the shittest of times!

Absolutely. And it’s not just people battling addiction, it’s any sort of life struggle that people have to deal with. We all need to turn off reality and take a break and music is the best escape for that. You can find it in other realms too…. There’s something very peaceful about letting a tune take you out of yourself. But yes, I had some amazing messages from fans and I felt I wasn’t being honest with them and robbing them of my truth.

It’s interesting. I saw an interview with you and you said you felt you hadn’t given enough of yourself away, I guess you were talking about this…

Yeah that was exactly that. I didn’t make it public knowledge at first because I didn’t want to be a preachy in that kinda ‘live my way’ type of vibe because I don’t think that’s the best way to go about helping people. I didn’t want to come from a place where I’m giving advice at all, I wanted to come from a place where I’m relating and empathising. I’ve been there, I got through it, it is possible… No matter how bad or hard it feels at the time.

Yeah and that’s what helped me. Relating to people who’e made it through. When you’re in the depths you think ‘fuck no one feels like I do right now’ but the fact is people have.

So music is escapism… But since you’ve taken it to the level you have, are you still abel to escape or do you analyse your own stuff too much?

I go through both phases. When I’m listening to my music it swings between enjoying what I’ve created and actually critiquing it all the time. After I’ve put a song out I go into full critique mode unless I play it live. For example if it comes on in the car I don’t enjoy it, I find fault. But when I play it live then I enjoy I enjoy the atmosphere.

You can see the physical reaction to it I guess?

Exactly. And that feeds back into how I write and what I do in the studio…

I bet you’ve developed your studio somewhat over the years?

I’m building a new one right now! It’s got a big ’A room’ with nice acoustics for recording live players and stuff like that.

Have you been doing a lot more of that lately?

Oh I’ve been doing tons. Live strings, loads of guitar stuff. I’m going to get a piano as well.

Ah nice. So back to your analytical side, how do you feel about Crashing now it’s been out for a bit?

I still love that song. It’s more chill and leans more towards the pop side but that vocal is just beautiful. I fell in love with it when I heard it two years ago and I finally got it back six months ago and started working on it. Bahari totally killed it and they have such a beautiful voices. Relaxing vibes for sure. So no, I’m not feeling the critique yet on that one.

Do all tracks take that long?

Every song has its own set of circumstances or context. Sometimes things come together very quickly, other times they take a long time.

Do you have any plans to come back to the UK any time soon?

What else do we need to know?

I can’t give a date for the next release but it’s a pretty crazy song. It’s so different to Crashing, people will be a bit confused but I love it. There’ll be some heavier stuff coming too…

Awesome. A lot of artists worry about losing fans attention but fans love it when you switch…

I love finding the balance. With all the heavy stuff I’ve made and chilled stuff I’ve made it’s created these polar opposites but yeah, it does work. I love both styles and I know a lot of other people do. Setting yourself in one little box will just tie you down… 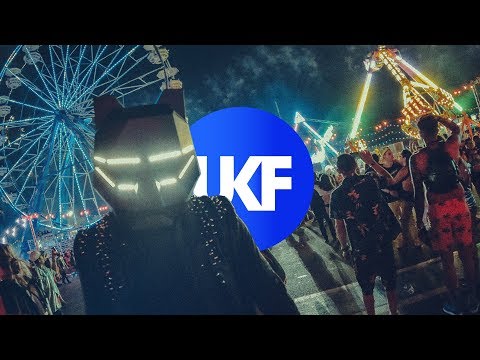