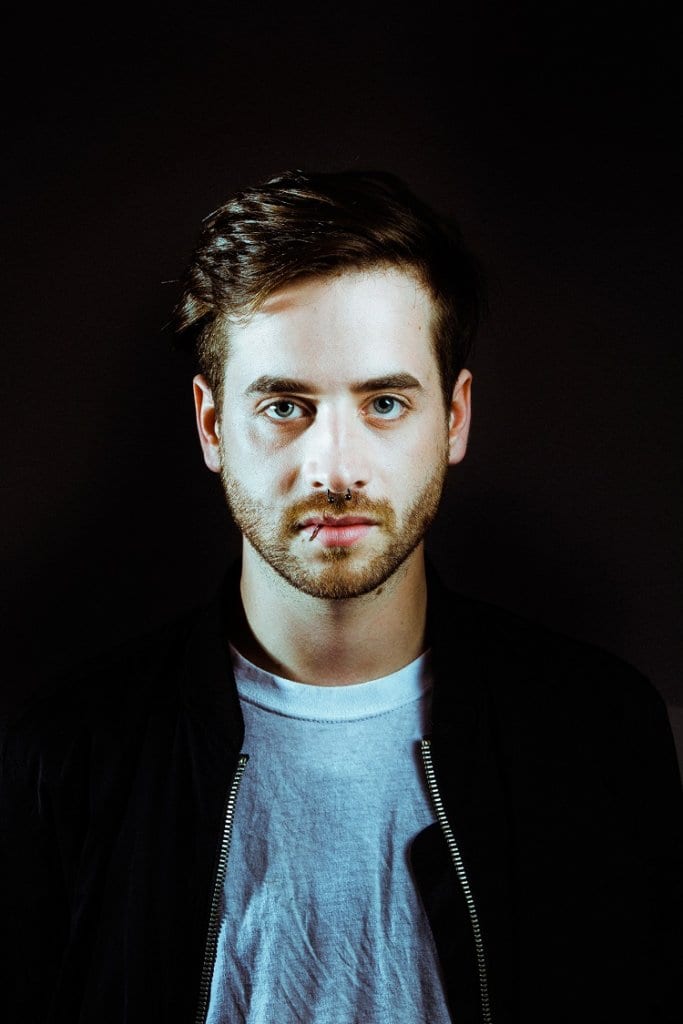 What a year it’s been for the Montreal monster Simon Bertrand AKA Krimer.

Having given up his crane operator job to focus on music full-time, he smashed down the doors of 2016 with the fittingly titled Blow Up EP and following it up with a cameo on Firepower, a killer remix of Xilent and a debut tour of Australia. Now wrapping up the year with same statement of deadly intent, he’s currently in the midst of his first full US tour and his latest Never Say Die Black Label single – Takeover and Take That (with EH!DE).

Both cuts showcasing the range of his dark yet diverse style, they’re another reminder why we recently featured him as one of dubstep’s most exciting young talents. Here’s where he’s at right now…

Amazing. I’m always humbled at how far people have travelled to see me play. It blows my mind. I’m trying to spend as much time with these people and talk to them. People have driven three or four hours to see me play. I’m blessed man, I truly am.

What a year it’s been for you….

My biggest. Without a shadow of a doubt. It’s crazy. I spent a long time to get to this point but to be able to live off my music is a great feeling. It sounds selfish but I make music for me. I don’t make it for success or for attention, I make this music because I love it. So to have people appreciate it and engage with it in this way and have this attention is incredible. I don’t want to stop – every bit of time I have I’m writing. Any downtime I’m in the studio. Even flight delays – I’ll get the laptop open and start working!

That’s your life now! The reality of making music for a living is 24/7 dedication.

It is. And there’s a lot of pressure – from myself, from commitments, from people around me – but I seem to thrive best under pressure. That’s when I feel the most motivated and driven. Of course I take breaks and read and do a little yoga because you need that balance. But that’s why I quit my job and gave myself this pressure to succeed and make my life 100% music.

I am that guy. I never want to stop. If it wasn’t music it would be something else. Why do anything half-way? The more you put in, the more you get out. That’s with everything in life.

What would you be doing if it wasn’t music? You’re an artist as well aren’t you?

I did a lot of graffiti back in the day but that was a hobby more than a real craft if you know what I mean? I would probably be in the crane industry. I loved it. That was my career – I studied and trained in it and took a lot of pride in it. I gave crane operating 100% when I did it, for example.

If he makes it illegal in Canada haha, yeah. I wouldn’t want to leave music because it’s a passion. Crane operating was a great job but not a passion. There’s a difference isn’t there? I wake up every morning living my dream, waking up and thinking about new ideas and sounds I can make.

Speaking of sounds… I can hear some cool classical game tones on Takeover!

Yeah you can! I’m happy to say I made a lot of this tune with Sylenth. It’s got a great arpeggiator and some really cool functions for those types of sounds. Old is gold sometimes. It’s got a shitty skin but it’s powerful enough for me. know people hate on the synth but it has its place. Every synth does. For example I don’t really like Massive but the bass on Blow Up is made on that. But anyway, Takeover gave me a real sporting feeling when I was making it. Like a competitive feeling. I love it.

So now Take That… Such a mad contrast of those synths and that drop.

Oh people go mental to this. It’s amazing. Me and EH!DE decided to make a tune together when we were on tour in Australia. We both got home and he mailed me the week after saying ‘yo let’s make that tune!’ and send over a short idea. Our sounds blend so well together. It’s got that EDM build, the trappy bass, the dubstep energy, it’s a melting pot of everything we love and make. We’ve already got another track finished too.

Cool. What else is in the pipeline or the future?

Standard. Plans for any new ink? You seem to have a lot of work done…

It’s been too long since I saw my tattoo artist. It’s an unfinished project – I want it done from my head to toes. He’s called Jiff Bruby and we’ve been working on it for years. It’s the story of my life. There’s a Japanese rooftop on there because I spent time in Japan growing up, there’s a boombox on there, there’s ‘I love mom’ on my arm because my mom hates tattoos but now she’s got to love them, there’s a bunny with spray cans because of the graffiti and ‘art is not crime’ because that’s how I feel about graffiti. That’s how I got my name… I hate the fact it makes us criminals.