Their latest long’un is Land Of The Blind. Taking off where their Best Album award-winning Eat The Rich LP left us in 2014, once again it sees Pat Hawkins and Stu Maxwell continuing to push their signature neuro-laced sound into new places. Cuts like Preset 42 show us how State Of Mind do deep, Part Of Me gives us a peak into their space-aged techy roller abilities and Nothing More To Say pummel us with a strong pungent air of techno.

Released differently to their previous bodies of work, it’s the result of a series of EPs that started last year and culminated with the full album earlier this month. A new way of releasing but the same way of delivering:  another powerful and intense trip from one of the most consistent album acts in the genre which, like Eat The Rich, also packs a pretty clear political message. We called up Pat for more details.

Your fifth album… But delivered in a different way to any of the previous.

Yeah it was a bit of an experiment I guess. People digest music so differently now. When we started releasing albums, you’d make it and people would have the time to sit and enjoy it the whole way through. But things are very different now, so we released it over a series of parts, choose the most successful parts and release an album with half old tunes and half new tunes and see if it’s a good way of doing things.

I think it does work. Anything to give the music longevity…

Exactly. We’ll see how it goes. Some people will have followed the parts, but for others it’ll be new. It’s interesting.

Are you happy so far, though?

Yeah we are. It’s been interesting because albums you can dive deep into experimental parts and do different things that aren’t so dancefloor-focused, or just different things you might not try otherwise. So when we did that with the EPs we had a few ‘where are the bangers?’ remarks, but that was to be expected. We hope it all makes sense now the album is out in full.

When was the last time you sat down and listened to an album in full? It is hard, as you say. For me it’s the gym or long drives and flights…

Same here. Long haul flights are probably the only place I listen the whole way through. I remember back in the day, running out, buying a CD and listening start to finish. Those days are gone. There’s so much stuff out there it takes a lot of commitment to listen to that and not check everything else, when the is so much music accessible, so easily.

Definitely but it’s the experimental, off-piste tracks that often stay with you…

100 percent. That’s the things you’d look forward to with an album. You’ve got the obvious singles but after your 10,000th listen those are the tracks that stands out.

I had the same with Faith No More’s album Angel Dust the other day. The tracks I didn’t quite get as a kid were the real stand-out tracks. Really interesting.

Yes! That’s such a great album. That Midnight Cowboy theme tune right towards the end, the one on the harmonica, I still keep coming back to that to this day. Incredible album.

Let’s talk about your album. There’s another strong political edge to Land Of The Blind isn’t there?

It was taken from the saying ‘in the land of the blind, the one-eyed man is king.’ There’s so much misinformation out there, people get confused easily. There was definitely a bit of a political angle. Especially with certain people in power. We came up with the concept a few years ago when that particular person came into power and things haven’t changed much. If anything they’ve got worse in your part of the world.

Sadly so. It seems New Zealand’s got one of the most progressive leaders, though…

Definitely. But she’s being made out to be this nasty socialist who’s giving handouts. Socialism has been turned into such a dirty word, it’s unbelievable. People voting against things that are potentially good for them and the people around them? I’ll never be able to work that out.

We’ve been duped into celebrating selfishness or that it’s bad to share.

Yeah. Don’t help anyone out. Just get a place for yourself, look after yourself, don’t worry about anyone else. Crazy.

Obviously Eat The Rich had this message, too. Was that the first big political statement you made, or have you always been politically-charged, so to speak?

That was the first time we made a release and were having a lot of political discussions in the studio. We were focused on things happening over here politically at the time. I’ve had to ease off it lately for my own personal health. If you get too worried about it or too involved in it, it can drive you insane. You can dwell on it too much.

Thrashing things out in the studio can help you escape that a bit I’d imagine!

Yeah. It’s good to channel the negativity/frustration and that’s part of the last two albums – our anger and frustration has levelled into the music.

Some artists get criticised by fans online for bringing politics into the music. I don’t agree with that – music is deeply political.

It can be when you want it to be. Yeah we’d get the occasional backlash. Stu had the odd argument with more right-wing minded individuals, but not so much now. We just don’t engage with those people. It’s hard though. We’re having our rights removed for people to move on in their greed train. It’s not right. But I do try and avoid it more than i used to, because it can get you down too much.

Let’s get back to the music. Obviously the last album won Best Album in the Drum&BassArena Awards. That must have set the benchmark high when you were approaching this one… Any pressure?

Yeah I guess there was a little. We wanted to push ourselves and do something different in places and keep ourselves interested. In the end we kept making music and this is the result.

There’s definitely variation. Preset 42 is super deep and Nothing More To Say has a strong techno element to it.

Yeah we pride ourselves on having variety. We’re known as a neurofunk act primarily these days, but we always do go across the board when creating LPS. Preset 42 is definitely deeper than you’d usually find on a neurofunk album. We have to keep ourselves interested. It’s like we touched on earlier about tracks that don’t jump out instantly but grow on you.

Absolutely. Have you ever experienced that with your own music?

Funny you should ask. I jumped in the car the other day and the radio station was doing a ‘vote for 100 classic New Zealand tunes’ and people had voted for Paint The Walls Black. It came on as I started to drive and I’d totally forgotten about that tune. It brought a lot of memories back.

Yeah it was quite mad. One thing I noticed was how long the track is, it’s like six or seven minutes and they played the whole thing! It seemed like it went for ages, I have to be honest. But it was a very nice experience.

I bet. It’s been quite a busy year for you guys beyond the album hasn’t it? You had the Fatboy Slim remix and the Sanity Trip EP on Eatbrain.

Yeah it’s been another interesting aspect of releasing the album in the way we did; we had time to make all these adjustments and still work on other releases. There’s been a lot of output while we focused on finalising the album which doesn’t usually happen. There’s also been a lot of touring. With us being in New Zealand and one of us is pretty much always on the road. Stu got back last week from Europe, I go over tomorrow. We basically tag team in and out at the airport. Writing an album while both of you are on other sides of the planet can be challenging.

The benefits of being a duo: 24/7 road and studio life.

Oh definitely. Because we don’t get a huge amount of time in the same country when we do get in the studio it’s fun and it’s like ‘let’s do this!’ If we weren’t a duo and doing things this way then we’d probably  have had to move to Europe by now.

Speaking of which please sign out with a New Zealand D&B scene big up… There seems to be a lot of love for the NZ scene online right now. How are things looking from your perspective?

Right now there is a real vibe going on. I feel like it has reached this type of fever a few times, but right now it feels like it might surpass all those previous highs. The club shows are something else right now in NZ, as most touring Internationals will attest too. I’m super proud of the NZ scene right now. It’s definitely making noises heard around the world, from a far off corner of the globe. 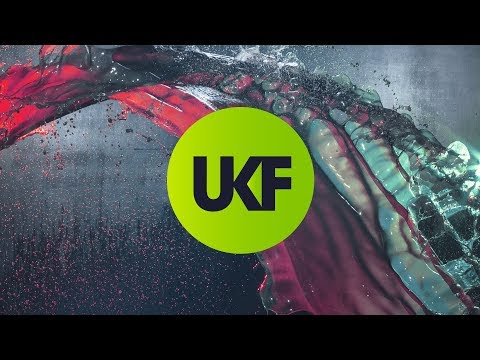 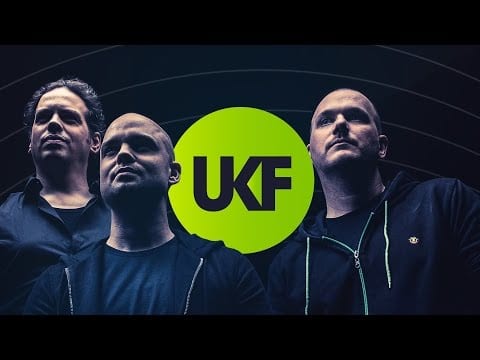 Black Sun Empire & State Of Mind – Until The World Ends (Mind Vortex Remix)
AUDIO
1 shares
SIGN UP NOW & STAY LOCKED!Sign up to our newsletter to keep up to date with the latest streams, news, and events, all tailored to you.