What do you get when you cross a German with an Aussie?

The multi-lingual, multi-talented duo has came to prominence with THIS massive collaboration with Mefjus a while back…

It’s taken us a while, but we’ve tracked them down to their secretive German HQ to find out more about them…

It turns out we knew these (undead) cats already… Rouven (the German) and Ross (the Aussie) have been demonstrating serious skills both as solo artists and collaboratively since the mid 2000s. As Rregula and Dementia they forged a strong relationship 10 years ago when Ross remixed Rouven and did such a good job, Rouven had to repay the favour. While their name had established a highly respectable profile, they felt something wasn’t quite right. A rebrand was in order… And they chose an extraordinarily long train journey to work out their direction:

“We were on a train back from Poland one day after doing a show together when we realised we could do so much more if we put our brains together,” says Ross. “We enjoyed being known as Rregula and Dementia but we both had a feeling something wasn’t quite right.”

“As the train ride was so long, we had time to write down what was working and what wasn’t, and we realised that we needed to completely rebrand and start again, and that’s when we decided to become Zombie Cats. Maybe if the train ride wasn’t so long, we wouldn’t have made such a realisation!”

While Rregula and Dementia represented their foundations, Zombie Cats stares confidently and uncompromisingly into the future. A sharp sonic statement at how they’ve developed as both friends and producers, their debut EP Must Eat is the ultimate slate-wiping, re-introductory document. Ably assisted by a cameo from Mefjus himself, this is how the title track came together…

“Mefjus and I have been friends for many years” explains Rouven. “We used to live in the same city, which meant we used to spend a lot of time together in the studio. But it was actually Ross who first started working with Mefjus on this track.”

“Yeah Mefjus and I got nice and drunk at a gig we were both playing at in Perth and agreed to get in the studio together a few days later,” Grins Ross.

“We fucked about on one of my synths together for ages and spent hours chopping fifteen minutes worth of retarded sounds up into three second chunks to see which bits worked the best – only about six of them were usable” he laughs. “They’re the ones you can hear in the build-up to the drop.”

After Mefjus left Ross to carry on messing around with synth noises, the unfinished track was sent to Rouven, who worked on the drums and applied the finishing touches.

“I sent the finished track to Mefjus and he was shocked at how good it was!” says Rouven. “When he and Ross first started on it in Perth it was only a rough idea, so I don’t think he was expecting much. It was nice to see his reaction.”

Something you perhaps didn’t know about Must Eat: the vocals are actually courtesy of Rouven himself, who spent some time in the studio whispering random words into a microphone and adding all kinds of crazy filters to them.

The pair are now looking to build on the success of Must Eat and hope to build the Zombie Cats brand even more.

“We’re really focussed now” says Ross who’s also an accomplished guitar player. “I’ve been doing a lot of writing and we’re looking to release another EP this year. Obviously as we live so far apart it’s hard to work together all the time but I’ve sent a few tracks to Rouven for approval and he seems to like them.”

However, the time difference is a factor which, in a way, has benefitted their productivity, as Ross explains.

“I can send a track to Rouven after starting on it and because he’s just waking up when he receives it he’s fresh not only in the sense that he hasn’t heard the track yet but also because it’s the start of his day, so he’s got bags of energy.”

Rouven testifies: “Yeah it was hard at first but I guess it’s a good thing because I can pick up where Ross finished and it means we don’t get as tired producing a track – if you’re on your own you can sometimes get bored and the track doesn’t get finished.”

With round the clock freshness, 10 years of solid pro experience and a rebooted rebranded attitude, these cats are far from undead. Stay tuned for more sonic feasts in the near future. 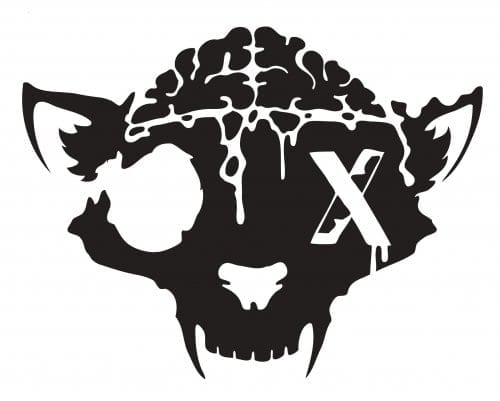 Zombie Cats rise from the ashes once again
NEWS
248 shares 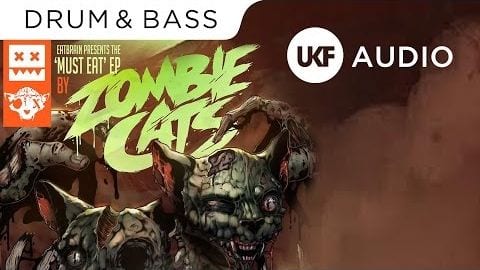 Who The Hell Is Yours Truly?
WORDS
67 shares
SIGN UP NOW & STAY LOCKED!Sign up to our newsletter to keep up to date with the latest streams, news, and events, all tailored to you.