Hypho is a man slap bang in the middle of a whole tonne of genres.

Before him is a cauldron of breaks, techno, garage, jungle and dubstep that he mixes with his own unique ingredients. He stirs and stirs until it froths over the edge, then flings the sticky, swampy substance at respected labels ranging from  Tony J Riley’s Encrypted Audio to Stanton Warriors’ Punks by way of 877, Four40 and Eatmybeat.

The latest in a long line of releases, the Encrypted EP more evidence that Hypho (real name Louis) appears to be ramping up in directions right now. He’s also returned from his first US tour, he’s about to launch his own label and has another north American tour lined up for early 2019. We called him at his Manchester HQ to find out more…

You’ve just returned from a US tour. Give us some highlights…

The best party was Texas. I got booked by one of the Silent Motion promoters and played along with Biome and Old Gold. He’s killing it right now, really pushing this sound. Both shows I did with Biome were the best actually. They were a great laugh and we’ve ended up working on a collaboration together.

You’re both local in Manchester, right?

Yeah. He’s been working really hard on the LEVELZ music so it’s great to hear him work on his Biome stuff. Been a real pleasure. We made a track the other night that’s a cross between techno and dubstep. It’s a bit mad because I’ve been listening to him since I was 16.

Have you not been connected before?

Online yeah, like I’ve been sending him tunes for years now. We did a night called Craft Audio in Manchester a few years back, we did a back to back and we started a collaboration back then but never finished it but now we have. It’s great.

You don’t sound as Manchester as I thought you would to be honest.

Nah I’m from Carlisle but I’ve lived here for years, my inspirations are very much based around this city and I started the Hypho project here in my second year of university. I got a lot of support here and love for the city.

There’s so much amazing music coming from Manchester right now from Walton to Kaizen, LEVELZ,  Dub Phizix, DRS, Children Of Zeus, the list goes on…

Don’t forget Dutta and Bou. They’re killing it on a drum & bass one right now. They’re ones to watch!

Is it inspiring with loads of stuff going on musically?

As someone who’s moved into the city I’d say it’s pretty hard to break into. Rich Reason from LEVELZ books me for his Hit & Run nights on the regular so yeah there’s a community vibe for sure but that doesn’t make it any easier because there’s such good competition. It is really inspiring though, to see it happening. They show it’s possible if you work hard enough.

All this started around 2014, right? Those early tracks like Social Badman and Crank It Up ere quite jacking!

Yeah that’s where I started, jacking house and I actually used to DJ donk music. But I grew out of that pretty quickly and got into deep dubstep

You went from Donk to deep dubstep?

Yeah a mate introduced me to Burial and that changed everything. I started exploring garage rhythms and that led me quickly to dubstep. I was DJing that and then started producing it when I started Hypho. But those really early tracks definitely had a house vibe to them too.

Yeah it’s just a progression. Back then I was finding my feet. I wanted to get darker but didn’t know how to go about it. You’re always learning as a producer, right?

Yeah I did a release called Gongtau on Eatmybeat. That caught some nice attention and started to move things from making stuff in my bedroom to getting bookings and other releases. I also started working with a guy called Squane from LA and we did a track called Hack. That got played on Radio 1 and had a lot of support. Squane’s an amazing producer, he makes this techno, granular modular stuff and he invited me to make some music. The stuff we came up was very techno influenced, he’s really cool work with and the label he co runs, Jelly Bean Farm, is killing it.

Yeah man, I’ve worked with some great labels. Like Encrypted Audio who are more dubstep orientated. That one is a bit of a change for me but seems to be going down well.

Yeah man. It’s an interesting switch to do sometimes because people get used to one sound. I’ve had people say ‘aren’t you doing your broken beat / techno stuff any more?’ It’s like hang on, I’ve only made one dubstep record. It’s still got the Hypho sound. You can’t please everyone.

Phace said this in an interview on this site the other day: The only person you can please is yourself…

Yeah I agree with that. If you’re not 100 percent happy with your music then people will feel that.

So what’s coming up?

I’m organising a European tour and shortly after there’s going to be another US and Canada tour next January. I’ve got a lot of shows around the UK. Oh and I’ve also created a label with my partner Xakra called Manuka Recordings. The debut release has got Arkwright, Kelly Dean, Sensei and Zygos. It’s out November 11.

Nice. Was that always the plan? To launch a label?

I’ve thought about putting a label together for around two years now I’ve just waited until I have right content and contacts. The main influences of the label are labels such as Sentry, Kaizen, Swamp81 and Keysound. The theme will be broken beats bass music of any genre detailing dark tones throughout.

An extension of the Hypho sound, then. Let’s finish with a random fact about yourself….

I used to be an MC before I got into DJing.

Oh cool. Would you ever put bars down on your own tracks?

That’s interesting because I record my voice and sample my vocals on most tracks. They don’t sound like me, I process them that much, but I wouldn’t put any rhymes down, no.

Yeah or like a clip. On every track on the Encrypted Audio EP there’s a little clip before the drop that’s my voice. See if you can hear it…

Who The Hell Are TRAKA?
WORDS
310 shares 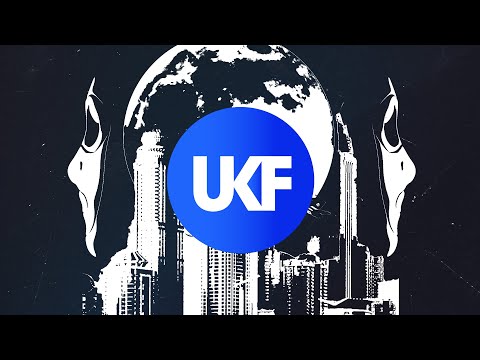 Duke & Jones – Trenches (ft. Flowdan)
AUDIO
0 shares
SIGN UP NOW & STAY LOCKED!Sign up to our newsletter to keep up to date with the latest streams, news, and events, all tailored to you.