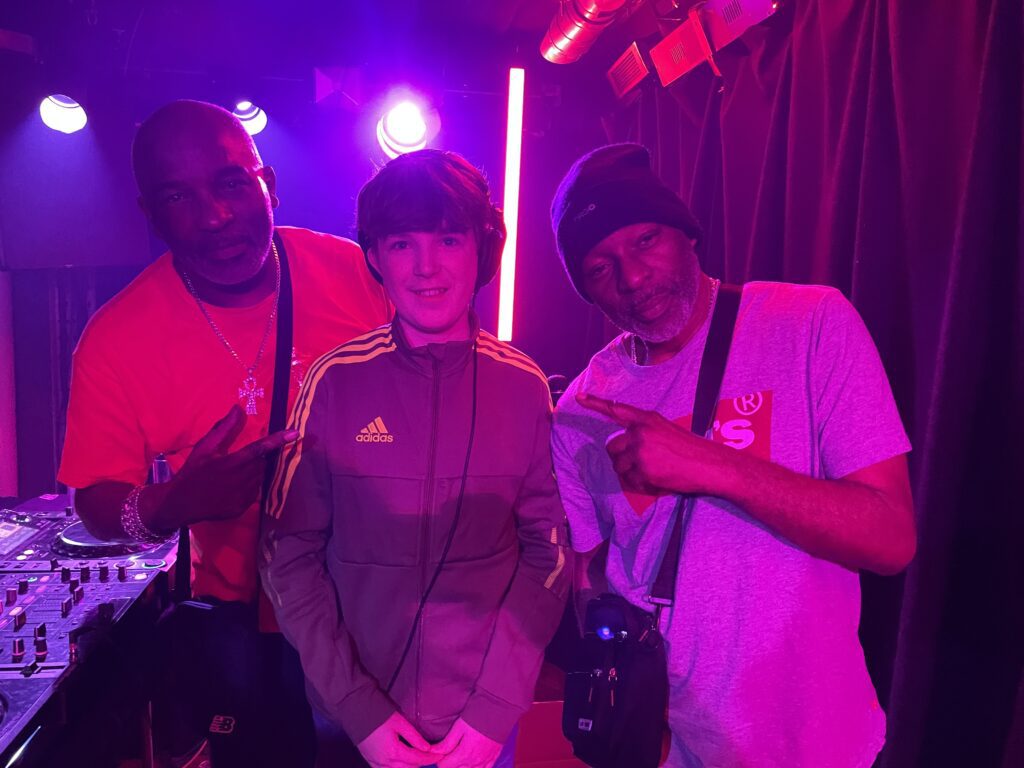 Say hello to Oliver iBot. He’s 14 and there’s a high chance his snares are better than yours…

Brought up on a strict diet of hardcore, jungle and drum & bass, he’s been entrenched in the artform from such a young age he can’t quite remember his earliest memories of mixing and making beats. It’s just been part of his life forever… And he’s had his mixes broadcast on renowned stations such as Kool FM since the age of 10.

Missrepresent was the first to support iBot and backing has followed from the very top ever since. Figureheads of the genre from Ray Keith to Mollie Collins have shown support and highlighted his skills on their radio shows, shouting about him loudly on social media, and DJ SS has been a huge supporter. Last year he booked the young producer for a series of Formation shows. Now he’s signed him fully as an artist, kicking off with his Dark Matters EP. 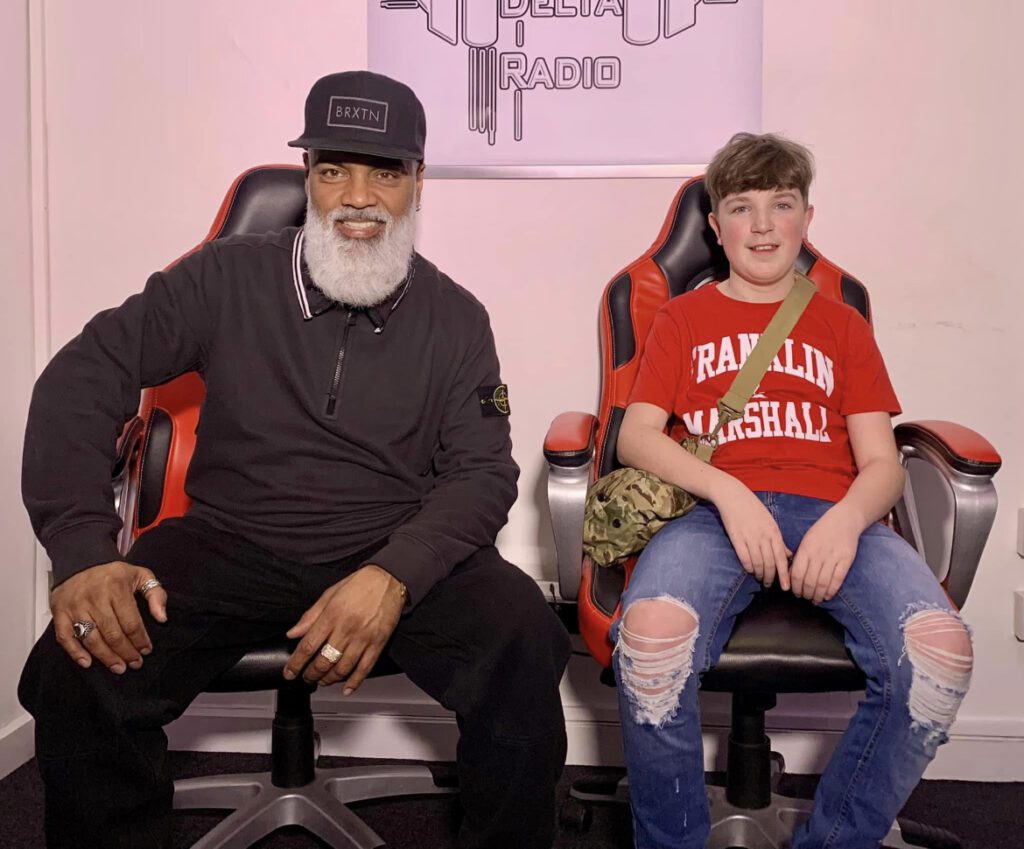 Landing earlier this month, Dark Matters is a great reflection of where iBot is at artistically. Deep, heavy, techy and inspired by the likes of Noisia and Imanu, it’s a sound that belies his age by a good decade or so and sets a firm foundation for what could be a very exciting career ahead. The future is in safe hands with iBot, we called him up to find out more…

If there’s one thing that really seals the deal on your skills, it’s how much Brockie is kicking off to your selection on the Kool FM mix you did a while back. The way he bigs you up is a joy to hear every time I check that mix.

Thanks I enjoyed that set. I got to go down to the studio and play. It was Brockie’s group takeover. He was really supportive.

So let’s get some history… How did you get into this?

I’ve grown up to it. My dad’s always been into the music and I’ve been into it for as long as I can remember. We used to watch videos of old raves like Raindance and I would love watching the DJs, I remember really early memories of watching DJ Hype scratching.

Did your dad have decks?

Yes but I didn’t know. He had them in storage so I didn’t know he had any records or anything at the time. I can’t really remember now but apparently, when I was six, I asked for Traktor S4 for Christmas.

Amazing. What was the first style of D&B you mixed?

Jump-up was the first sound I was really into, but I got into tunes by Noisia and Mefjus pretty quickly after that.

You can definitely hear their influence on your Dark Matters EP

Yeah that’s the sound I’m inspired by and want to make. It’s dirtier and heavier compared to jump-up which is quite screechy and high pitched.

Agreed! So you were mixing at the age of six…  When did production come into things?

I think the same time. I got into Garage Band on my parent’s computer and apparently I was speeding up drums, chopping up breaks and messing around with loops on my first session. So dad got me Logic 10 pretty quickly.

When did you start getting your name out there?

Big up Missrepresent! How old were you then?

I think I was 10. It was exciting to have that support. I have to give props to Paul and Mel at Life FM, too. I did a guest mix for Teknola on her show when I was just turned 11 and they gave me my own show which I’ve been a resident for three years next month. And also I now have another Kool residency.

Amazing. So Dark Matters… The production on that is proper heavyweight. How long did it take you? And is it hard juggling studio time with school commitments?

The tracks took a few evenings to make. I have to do a lot of school work, other times I have more time to get on with tunes. There’s no pattern to it really.

How have you found the technical side of D&B? Mixdowns and the scientific side of sonics…

Youtube videos have been helpful. And just messing around, trying things out. Also Nomine’s Education & Bass has been a good place to learn. His tips are cool.

What’s the best advice you’ve had so far?

Definitely! Who would your dream collaborations be with?

Yes! You did a remix of Noisia and Mefjus – Foundations. Was that with stems from Noisia’s Patreon?

No I pulled it apart and made an edit of it. Dad suggest I emailed them and asked if I could play it. They said, ‘Great job, feel free to play it’. That was cool.

Props don’t come much higher. Did you have fun collaborating with DJ SS on Mash It Down?

Yeah it was cool. I had the track down and he had some ideas about where to take it so I sent it over to him. I like how it’s turned out

What’s your favourite track on the EP?

I think Pulsate but I’m happy with all of them.

Mad Rush is favourite for me. Deep and minimal.

I worked hard on that one. I’m enjoying the creative process of sound design.

Do you take any inspiration from other genres?

I don’t listen to much other stuff than neuro at the moment. Maybe a bit of rap, but it’s mainly D&B.

I’m working on releases for Dread and Jungle Cakes at the moment.

Amazing. Are you school mates or teachers aware of the fact legendary DJs like Ray Keith and DJ SS are playing your tunes and supporting you?

None off them know I DJ or anything like that. I haven’t told anyone.

I haven’t told anyone, maybe one or two who are friends of the family. I don’t think people would understand the movement and this type of music. I think it would be quite confusing for them.

You’ve grown up to this music. Sounds like it’s in your DNA

Apparently when I was a baby in the car I’d cry if the tunes came off or something that wasn’t hardcore or D&B was being played. It’s something I’ve always loved.

Sick. You’ve played some big gigs too haven’t you?

I played on the Epidemik stage at New World Festival last August. I was quite nervous and played after Mollie Collins and before Ego Tripping.

It was really exciting to play to such a big crowd. 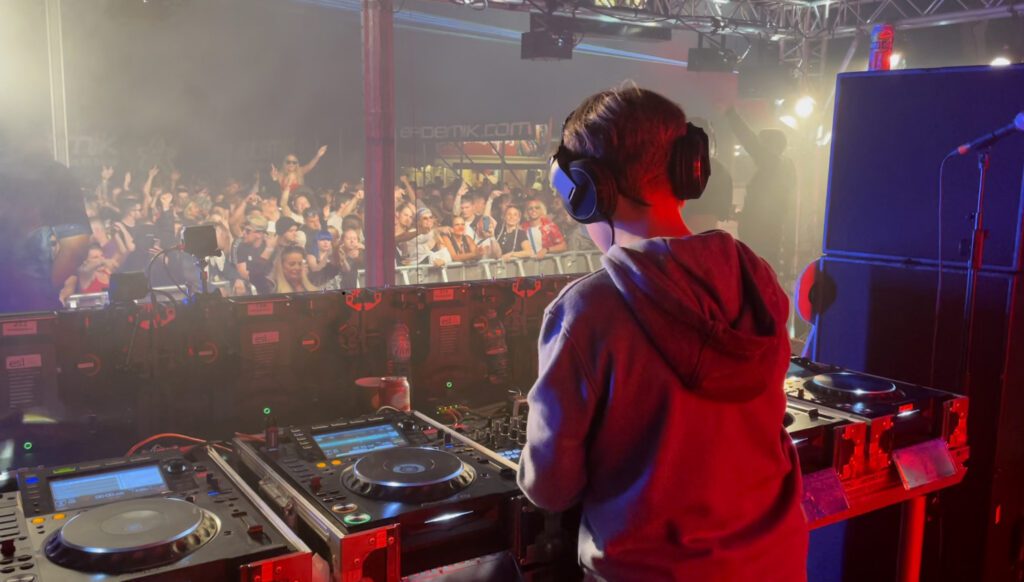 Yeah totally man. Have you played many other shows?

I’ve played two Formation parties. One was playing before Critical Impact and TC. Formation have made me a resident now. I’ve played some other smaller club events, too, including OJB launch where I co headlined and played after Ragga Twins and Krucial with their RTC set.

What do you make of nightclubs? Your perspective and reference points are very different due to your age. Did you have any expectations of them before you performed in them?

Yeah, watching them on Youtube is very different to what they’re like in real life. All the lasers and lights are a lot more intense. There’s a lot more atmosphere than I imagined, too.

Oh yes. So I think your successes so far have led you to continuing your high school education in a music academy, right?

Yeah. I’ll do the subjects I have to like maths and English and science but the rest of my time will be spent learning things I need for my career. Learning about broadcasting and media and things like that. I get to do a diploma after my GCSEs too and will be trained to work on radio and things like that.

I love that. Why waste time on things you’re not interested in if you’re so focused and have such a strong skill in this field. You’ll have to tell your friends then.

I guess so, yeah!

What do you want to see more of in the future?

More neuro and jungle. Just heavier stuff in general. And to be able to play bigger raves and events. I’d love to play Rampage one day…

iBot – Dark Matters is out now on Formation Records