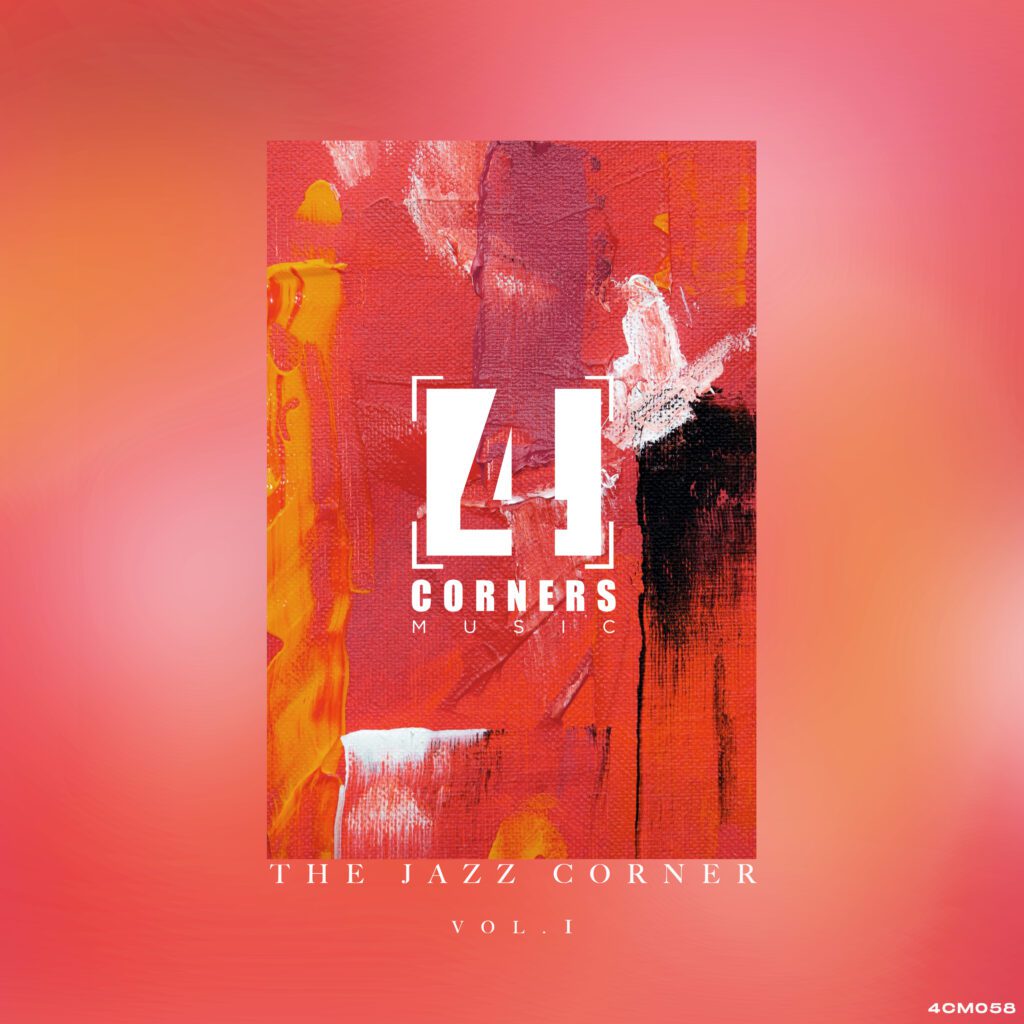 Suns out, trumpets out. There’s something about jazz – one of the most influential and empowering cultures and movements to come from the 20th century – that hits the spot so well with drum & bass. Especially during the warmer months.

A never-ending source of inspiration and samples for jungle and drum & bass, regardless of trend or dominant subgenres, there’s always room, space and time for a jazzy number in the mix. And thanks for Melinki’s Four Corners imprint, we now have more to draw from

Out today, The Jazz Corner Volume 1 features cuts from the likes of Melinki, Pyxis, Qua Rush, Kipsy, Noppo, Neve, A:D and more as the label eases us into our favourite season with soul and style.

“I guess I’ve wanted to do something like this for a while and give a nod to the guys who inspired me all them years ago,” says Melinki about the album. “Hopefully it kind of carries the torch for them and inspires another generation.”

To mark the release, we asked Melinki to pick his most essential jazzy D&B cuts, most of which hail from what is regarded as a golden age in liquid – the early 2000s when movements from the likes of Brazil had a big influence on the sound and labels such as Hospital we’re really finding their sound.

“I’ve had a great evening sitting down and thinking about this and listening to old tracks,” grins Melinki. “I’ll probably kick myself for not remembering other stuff. But these are the ones that came to me. I definitely have to mention London Elektricity with his live band, too. His DVD changed my life. Legendary. Massive big up to all the legends that paved the way in this sound. I hope this album contributes in some way and people enjoy it.”

It’s already happening. With early promo support for The Jazz Corner ranging from Marky to LSB to Mr Elektricity himself, Four Corners’ timing has been spot on with this one. Get your jazz on…

The Jazz Corner… Tell us everything!

It’s been a bit of a selfish project if I’m honest. I wasn’t sure if people would like it, but I thought, ‘You know what? I love it, so I’m going to go for it.’ I’ve always loved jazz and how it can be used and sampled in so many different genres and it works especially well with drum and bass. I also love doing V/A LPs so guess it was a matter of time….

Some of the earliest drum & bass I enjoyed was this type of sound from the likes of Peshay, DJ Marky and Dkay especially. I remember listening to tape packs in the early 2000s and there was a lot of dark stuff (which I loved) but then the occasional real jazzy tune would come on and they always struck a chord with me. I’ve loved that crossover ever since.

Then recently I got sent a few really good demos from guys like Noppo and Kipsy that were onto this jazz vibe that then inspired me to start putting an LP together. I felt like now was a good time as I’ve built the label up to a point where people are checking our releases and kind of believing in the concept of the label. Not just one style; different subgenres for different moods and times, all four corners, just good music. If I’d have done this earlier on, it might have gone under the radar, or maybe people wouldn’t have got it, but the support has already been pretty mad and we’ve had everyone from LSB, London Elektricity and Marky playing the promos. Now I’m here talking about it with you so I guess people still love the jazz as much as I do.

I reckon a lot / most producers have got a cheeky jazz influenced thing they’ve made while playing around.

Without doubt. There are so many tracks and artists that have used that influence, even the people you’d associate with making angry bangers. I think everyone’s got a bit of jazz in them, whether they like it or not.

Jazz aside, you love a good VA don’t you? You’ve done a few over the years now!

It’s one of the things I really love doing at the label. From the conception of the idea in my head to collecting tracks and building a tracklist. Then bringing all sorts of different artists from around the world together to tell a story with the music and getting the right artwork. I love it. Then finally seeing the project out and seeing people enjoying it. It’s really special for me.

These projects always require a lot of work, I would probably be better off spending my time just doing singles for releases and trying to release big hits. But for me there is something very special in a compilation which tells a story, where thought has gone into how the tracks flow from one into the next. It’s an experience you know?

I have had comments in the past that we have had too many tracks on compilations, and I’m trying to be mindful of that. But the thing is I can be sent 20 tracks in a week, two or three of them might be good, but it could take those artists another two years to make a full EP that is up to standard. In that time they may lose interest, or sign elsewhere. So these projects give me an opportunity to give these new artists a chance, it might be that one chance they needed to get their confidence up and go on to be the next Alix Perez or Calibre. I’m always looking for those people and I genuinely enjoy helping people on the way up.

I do feel that I’ve been really lucky with the label when curating stuff. Tracks seem to gravitate towards me without really hunting them down. I think and hope that people feel my genuine love for the music. I’ve been doing this a long time as you know, I haven’t been an overnight success, I’ve absolutely grafted every step of the way and I think people can relate to that and get inspired. I do it because I love it.

Is Four Corners totally just you or do you have a team?

I’ve recently had some people helping with the label actually. Mainly with promotion, making sure the artists feel valued and that were doing all we can to get them out to the world. It’s great because it’s taking a bit of pressure off my shoulders and giving me more time to concentrate on things like this. Big thanks to A:D, Sach Logikal and Luke Krypta.

Big up them. Back to the Jazz Corner. You’ve called it Volume 1. Are you already thinking about a second volume?

I always like to kind of think of things as volumes. If you didn’t think there would be a calling for a volume two, then was the first one even worth it? Haha. But no I’m not thinking about it yet, I don’t like to force things. If, and when, I get sent the right tunes we’ll do another. So yeah hopefully!

Amazing. Please give us your all time persy jazz D&B essentials….

Taken from DKay’s Individual Soul album, I could honestly pick any one of the 12 tunes from it. Absolute masterpiece from start to finish. Dkay made some proper jazz here. Not just jazz influenced or sampled but actual jazz. Stamina’s vocal just sets this off perfect too.

I remember my older brother giving me a Jumpin Jack Frost tape around 2000. It had Skibadee MC’ing on it and he absolutely fired over this tune. It was the highlight of the whole tape. Rest In Peace Skiba!

The tape was actually recorded live on Hastings pier at Pure Science. The pier was about five minutes from my house. The fact that tape was recorded so close and history was being made on my doorstep made it seem even more magical to me. I think I was 13 at the time and that pier would later be where I’d play my first ever live set. I had to use a fake ID just to be able to get in and play haha.

This is the first drum and bass tune me and my dad enjoyed together. Growing up he played us all sorts of music and he loved jazz, but he didn’t get D&B until he heard this. House was really his thing but when I played this he was like, ‘okaaaaaay’.

I’ve got great memories of playing this to my dad in Australia when I lived with him for a year over there. We went to see DJ Marky at Metro City in Perth, which is an amazing club. It’s been on my bucket-list to play there ever since!

Had to have some Calibre in. I still play this tune to this day. Calibre’s certainly got the jazz. I dropped this at a gig up in Sheffield a few weeks back for the Raze summer BBQ, what a party and great crowd who gave me just the reaction I hope for when playing this tune. Pure love and happiness in the air.

The first tune that caught me onto the master Lenzman. One of the new school people at the time, he was all about the jazz and soul. This still sounds amazing now.

The Jazz Corner Vol 1 is out now on Four Corners