All the anger I feel from news and current affairs and media around me is channelled directly through the studio. I’m not that guy who can just go ‘hands up if you feel good! Peace love unity’ and all that. I want to have a message.

18 months in the making – and years in discussion that actually goes right back to his first ever DJ gig – even at Misanthrop’s level a Ram release it’s something of a dream come true for the Neosignal co-bossman.

Renowned and respected for his strong political messages in his music over the years, releasing on Ram hasn’t diluted his stance either. Read on to learn how current affairs affects those uncompromised bass textures he’s  made his trademark, why he enjoys making the odd bit of techno and why Andy C’s marathon All Night sets could potentially be a lesson that the entire D&B community can learn from…

For once, no. I had a weekend off to make music. I love these weekends, having the time and freedom to do whatever I want to do. It’s different experience compared to the usually hectic week.

I guess once you’ve got an EP locked down then it’s back to the really fun creative stage?

Yes it is. Especially with all the other aspects of the release that I would usually do… Graphics, video teasers, all the assets you can think of. It’s a lot to do; but I love looking back at a package and thinking ‘that’s all my work’ But the initial creative stage is definitely one of my favourite stages!

Did Ram give you a blank canvas for assets on Collapse, too?

They did! They gave me total freedom on all aspects of the EP. They just told me to stick to my usual standard and they would be very happy. It’s been a great experience.

Yes totally. I’ve never even done a remix for them. It’s always been a bit of a dream to release with them, actually. Since being into drum & bass. Quite fulfilling actually…

My first ever DJ gig in my career was with Unknown Error who is actually Jim, the label manager. We kept in touch and he asked me if I was interested in releasing on the label which of course I was. But I wanted to make sure they had the most appropriate tracks… So this has been going on for well over 18 months!

So you’ve been filing special Ram sounds over the years?

Yeah. It had to be the right tracks. It actually started as a 12” then it grew into an EP. From a basic idea to the agreement that we had to do it; it was a very natural process.

There’s less of a strong political message to this EP than your previous, would you agree?

It’s not as blatantly political as other releases I’ve done but it’s still there. I’m very much influenced by politics; all the anger I feel from news and current affairs and media around me is channelled directly through the studio. I’m not that guy who can just go ‘hands up if you feel good! Peace love unity’ and all that. I want to have a message. With Collapse it’s a statement on the decay of our social life.

Are all your angry sounds and textures a direct result of the news, then?

Many are, yes! I can’t help but be affected by what is going on around us. But other times, I have to admit, it’s just me having fun exploring things in the studio. But even then, I’m sure I’m being subconsciously being affected by things that aren’t even at the forefront of my consciousness.

On the flip side, every now and again we get good news. Would that affect your funkier/more positive work?

Can I hear that love in Rotor or Fragments? Tracks where there’s more funk than fury?

Haha, maybe! But the funk is also down to my love of contrast; having positive elements and musical notes makes the techier aspects of the music more defined. Maybe the more uplifting elements of my music are subconscious reactions to good news? I’d have to think about it when I’m in the studio but I’m usually on auto pilot.

How about the techno influences to your work? I hear you’re working on some minimal stuff right now…

I’m always working on different beats. I never know if I’ll release them or who might want to release them. It’s not as planned as my drum & bass material – that’s something I do every day – but techno is something I do when I feel I need to refresh my mindset. I get bored of drum & bass sometimes; this helps me reset my headspace. I’d love to tell you I’ve got a big techno release coming out next month but it’s not like that… I may never actually release it. It just helps me reframe my approach to D&B.

There seems to be a lot more experimentation within D&B now too; the loudness war isn’t quite such a big deal, there’s less emphasis on the drop and loads of really interesting ideas coming from neuro. Would you agree?

I always find the scene interesting! But yeah there are definitely more interesting and unique things popping up this year than others. We had to move away from drop-build-up-drop mentality; that was only going to get boring… It’s just taking a lot longer to do that as a DJ than it is as a producer. People have a very short attention span now; I would love to tell more of a story but I have to go in and shoot out the bangers. The crowd demand it. You have to deliver one hard tune after the next. I would love to play a four hour set and really go on that journey. Sometimes the bigger events have no room for any story to be told… We are expected to slam down massive sets and tear people’s heads off.

How do we move away from this? I remember when sets were 45 minutes so there has been progression – most sets are an hour now. I know in techno a lot of DJs won’t play unless it’s for three hours or so.

I don’t know man. Back in the day you would have DJs playing five hour sets and it would be great to go back to that mentality… But the harder side of the scene would take a long time to really encourage that dynamic because we’re in such a mindset of bangers. We need to think about telling a story, digging deeper and taking people on a proper rollercoaster ride.

Kinda like Andy C does with his All Night shows…

Exactly! And that’s coming from the top, I would love to see more of that. Who knows? Maybe one day…

Misanthrop – Collapse is out October 16. Pre-Order 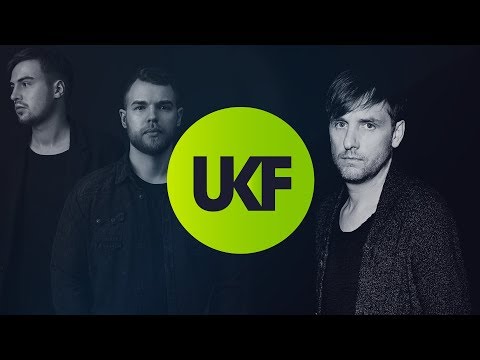